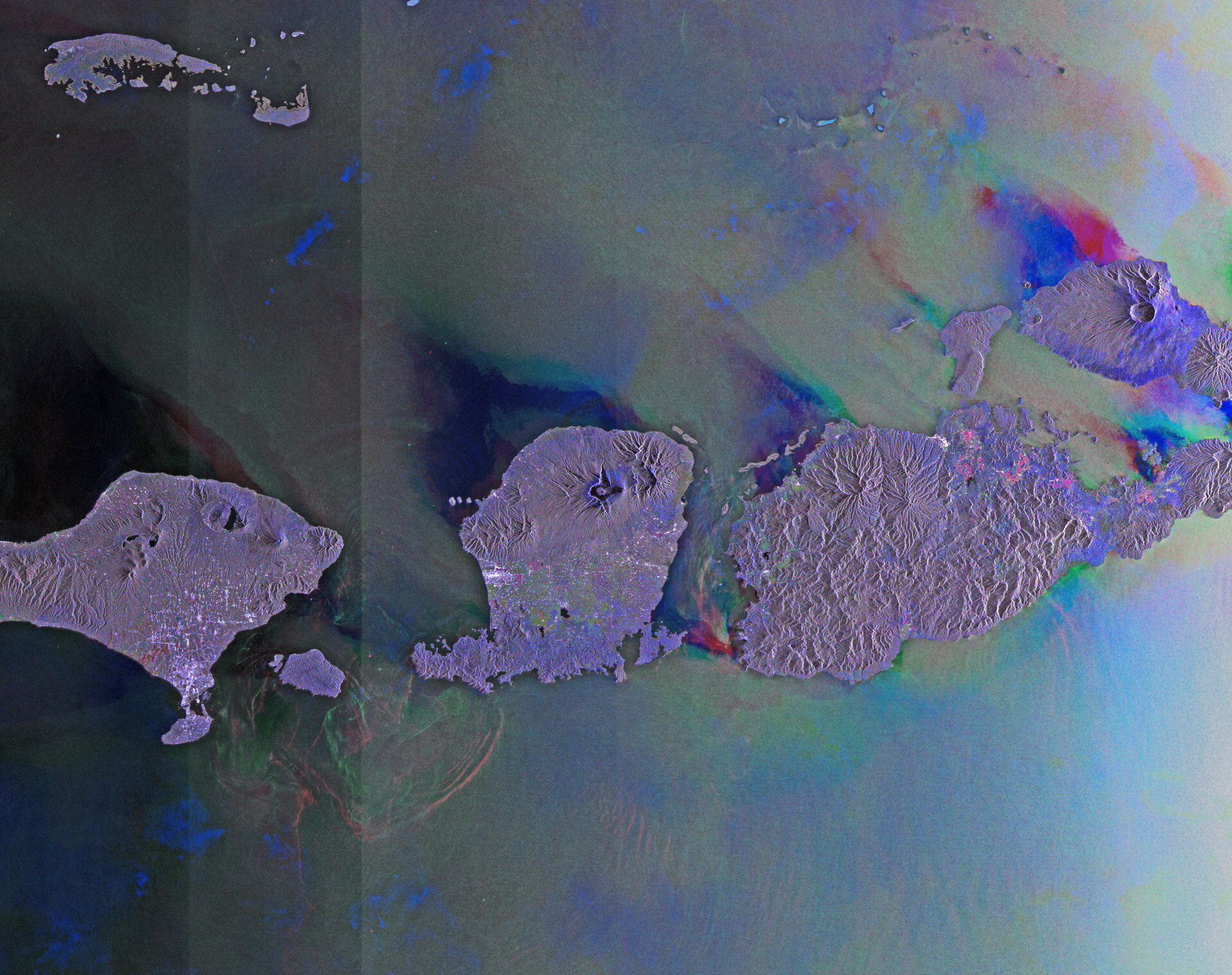 This image from the Envisat satellite is dominated by the Indonesian islands of Bali, Lombok and Sumbawa.

All three are part of the volcanic Sunda Arc along the submarine Java trench, where two tectonic plates are moving towards one another, and one slides under the other. This tectonic deformation along the Java trench caused the 2004 Indian Ocean earthquake and subsequent tsunami.

To the west is Bali, one of Indonesia’s main tourist destinations. The island’s central mountains include peaks that reach over 3000 m, including an active volcano visible on the right side of the island.

Strong reflections of the radar signal used to produce this image appear like specks of light. They are mainly detectable in the southern part of the island, and are particularly concentrated around the provincial capital city of Denpasar. This is the typical appearance of built-up areas in radar images, owing to the multiple reflection of the radar beam by buildings and especially metal constructions.

In the centre of the image is Lombok. Similar to Bali, we can see multiple reflections concentrated around the city of Mataram. Varying colours stretch across the island’s lowlands, which are highly cultivated, depicting changes in the land.

Sumbawa island lies to the east, dominated by mountainous terrain. This is also home to Mount Tambora, an active volcano.

In 1815, its massive eruption caused heavy ash falls that ruined local agriculture and even affected much of the Northern Hemisphere. The deaths of over 70 000 people are attributed to this event.

This image is a compilation of three passes by Envisat’s radar on 20 June, 19 August and 17 December 2011. Each is assigned a colour (red, green and blue) and combined to produce this representation. The colours reveal changes in the surface between Envisat’s passes.