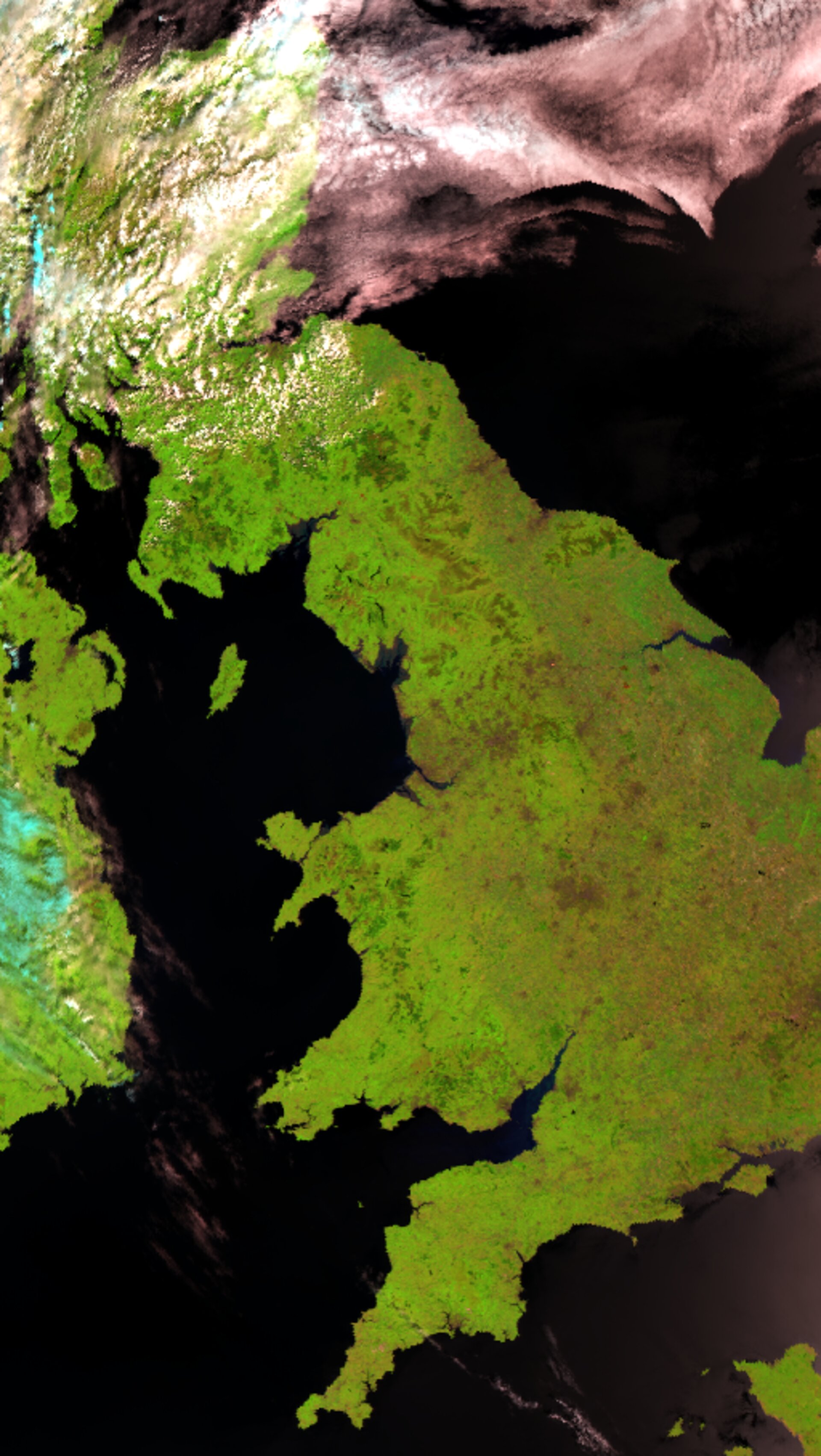 This rare virtually cloud-free image of the UK was acquired during a heat wave on 18 July with the Advanced Along Track Scanning Radiometer (AATSR) sensor onboard ESA’s Envisat satellite.

According to weather experts, the absence of clouds, which have the potential to block the sun’s heat energy from reaching the Earth’s surface, contributed to the sweltering temperatures.

A new record-high temperature for July in the UK was set on 19 July when the temperature soared to 36.5° C in Wisley, Surrey, beating the previous record of 36 °C in Epsom, Surrey, recorded in July 1911. The highest temperature ever recorded in the UK remains at 38.5° C at Faversham in Kent on 10 August 2003. According to the UK Met Office, the reason for last week’s heat wave was a “prolonged period of very settled weather, with cloudless skies and strong sunshine”.

Continental Europe has also witnessed a heat wave this summer killing at least 21 people in France and sparking fears of a repeat of the heat wave which occurred across Europe in 2003 resulting in the deaths of at least 20,000 people.

The AATSR sensor, designed primarily to measure Sea Surface Temperature (SST), works like a thermometer in the sky, measuring thermal infrared radiation to take the temperature of Earth's land surfaces. Envisat’s AATSR instrument is the follow on from the ATSR-1 onboard ESA’s ERS-1 satellite, which launched on 17 July 1991 – exactly 15 years and one day before this image of the UK was acquired.

ERS-1 was the first ESA Earth Observation satellite and provided global measurements of the Earth's atmospheric and surface properties using advanced microwave techniques. The ERS-1 mission, which ended on 10 March 2000, generated a wealth of observational data (about 800,000 radar scenes in its first 3 years of operation).

Its successor, ERS-2, which was launched in 1995, carries the ATSR-2 instrument onboard. The data collected from the ATSR instruments onboard ERS-1, ERS-2 and the AATSR instrument onboard Envisat provide a near-continuous dataset of comparable measurements for the last 15 years. Measurements will be continually added to the dataset until Envisat finishes its mission in 2010. Having access to near-continuous data over long periods of time is important for scientists to identify and analyse long-term climatic trends and changes.