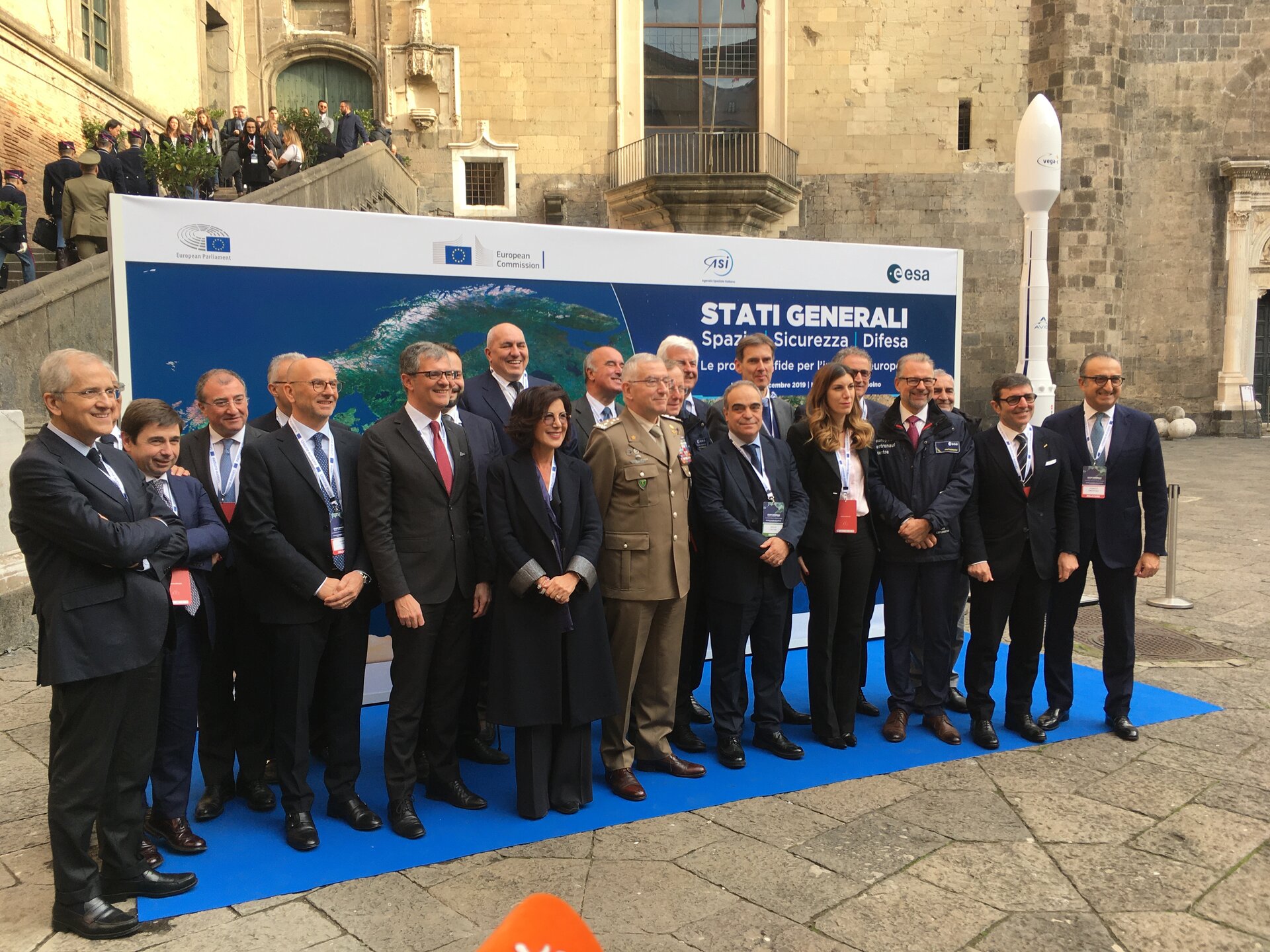 On 6 December, representatives from ESA, the European Parliament, the European Commission and the Italian Space Agency met at the States General for Space, Security and Defence event in Naples, Italy, to discuss upcoming challenges for European industry.

The meeting follows the very successful Council at Ministerial Level, Space19+, which took place two weeks ago in Spain and where Member States fully endorsed ESA’s activities – with a total funding of €14.4 billion – the largest part of which is to be invested in ESA’s Earth Observation Programmes.

With space-related activities recognised as having a strategic and relevant impact on industry, innovation, employment, new services for citizens and businesses, and environmental and civil protection, the European Union will also continue to invest in the space sector.

Europe’s Multiannual Financial Framework foresees a budget of €16 billion for the EU space programme. However, the financial allocation will be negotiated by EU Member States and the European Parliament during 2020.

The funds will allow for a wide participation of industry, research centres and universities, which will serve to promote competitiveness, efficiency and innovation – supporting the collaboration between European industries.

Space will also benefit from funds for innovation and research foreseen in the Horizon Europe programme, for which the European Commission has proposed a budget of €100 billion for the period 2021—27. The European Parliament, however, proposes to increase this to €120 billion.

Copernicus was highlighted as a European success story. The increased budget of Earth Observation Programmes at ESA’s Space19+ will allow for the initial development, for example, of six new high-priority Copernicus missions, one of which will track global carbon dioxide emissions.

He commented, “Copernicus is the world’s largest Earth observation system led by the European Union, while the Copernicus space component is managed by ESA. Today, the central Sentinel data hub provides 250 TB of data per day.