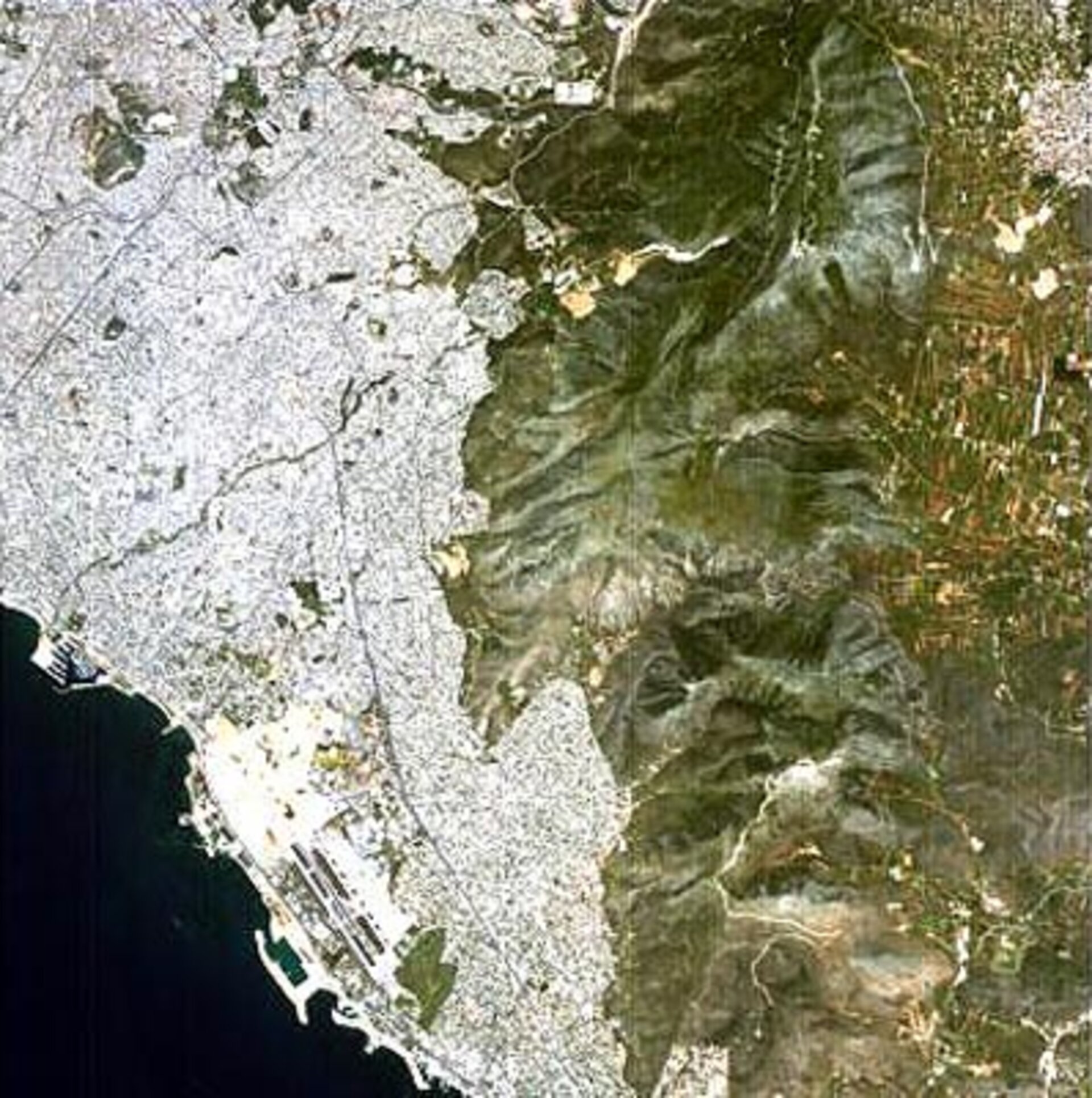 This image was taken from ESA's Proba satellite, displaying the eastern side of the city of Athens, the site where the ancient Olympics were founded in 776 BC, the first modern Games were held in 1896 and where the 2004 Games are currently taking place.

The capital of Greece, Athens is home to some 3.7 million people, more than a third of the population of the entire country. For now, their ranks are being swollen by more than 10500 participating athletes, 3000 team officials, 21500 media representatives, 45000 security personnel and 60000 trained volunteers, plus spectators from all over the globe.

Modern Athens is a dense sprawl of urban development that has expanded to cover the entire plain of Attica, with further expansion blocked by surrounding mountains – Mount Hymettus is seen here, east of the city - and the waters of the Saronic Gulf.

The old city has been swallowed up by the new, but its landmarks still stand: the Acropolis can be made out as a distinct white object towards the top left of the image, standing right of the Filopappos Hill and the Hill of the Pnyx, apparent as a rare splash of green within the city boundaries.

And east of the Acropolis can be seen the distinctive all-marble Panathinaiko Stadium (also known as Kallimarmaro Stadium), a reconstructed ancient stadium where the 1896 Games were held, where this year's archery events are being held, and the Olympic Marathon is finishing. Visible down on the coast are the jetties of the Agios Kosmas Olympic Sailing Centre, towards the base of the image.

This image was acquired by the Compact High Resolution Imaging Spectrometer (CHRIS) instrument aboard Proba on 3 March 2003. It has a spatial resolution of 18 metres.