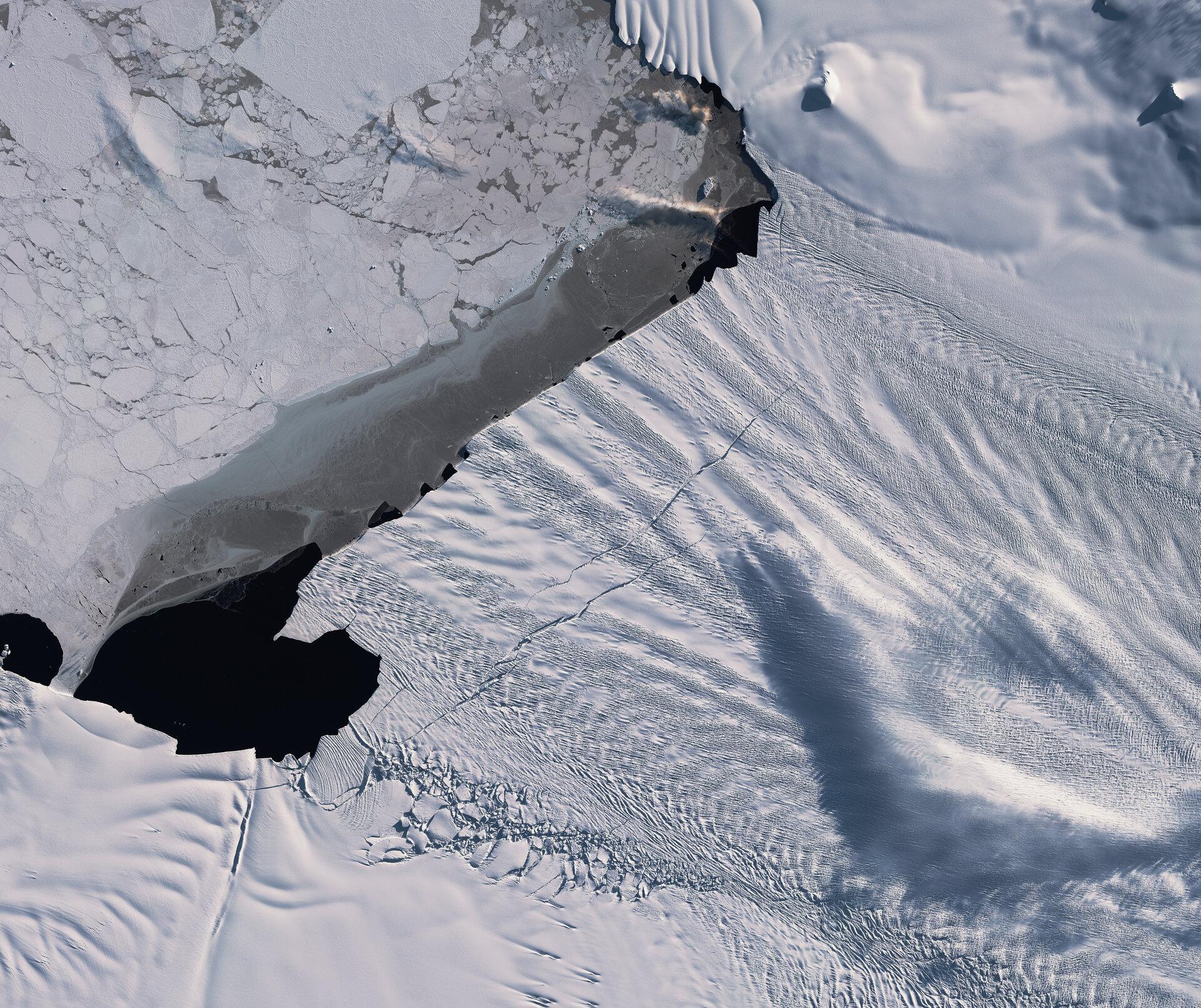 The Copernicus Sentinel-1 and Sentinel-2 satellites have revealed new cracks, or rifts, in the Pine Island Glacier – one of the primary ice arteries in the West Antarctic Ice Sheet. The two large rifts were first spotted in early 2019 and have each rapidly grown to approximately 20 km in length.

Mark Drinkwater, Head of the Earth and Mission Sciences Division at ESA, says, “These new rifts appeared very soon after last year’s major calving of iceberg B46. Sentinel-1 winter monitoring of their progressive extension signals that a new iceberg of similar proportions will soon be calved.” 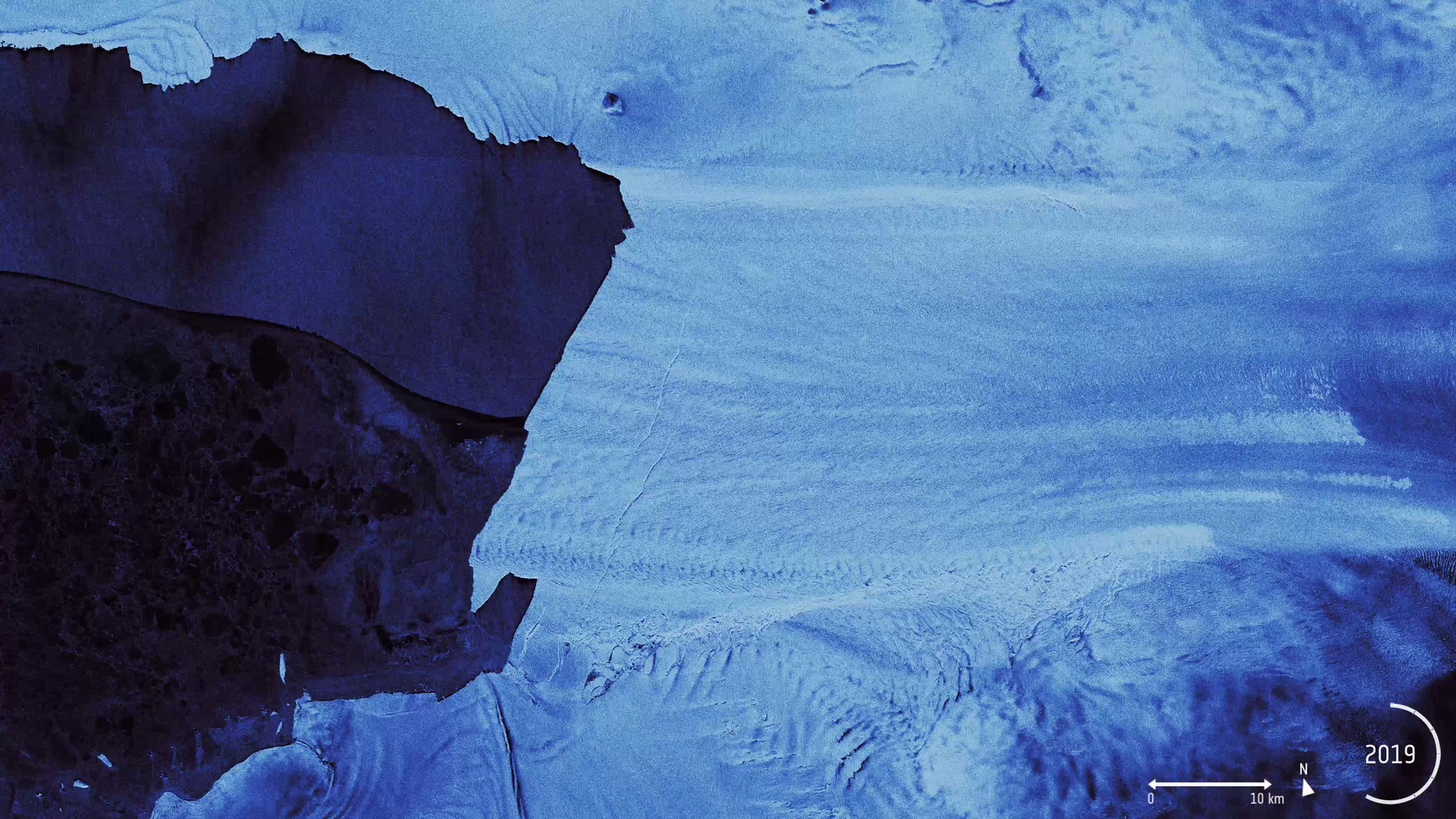 Pine Island Glacier, along with its neighbour Thwaites glacier, connect the centre of the West Antarctic Ice Sheet with the ocean – together discharging significant quantities of ice into the ocean.

These two glaciers have been dramatically losing ice over the last 25 years. Owing to their extremely remote location, satellites play a critical role in measuring and monitoring Antarctic glaciology – revealing the timing and pace of glacial retreat in Antarctica.

Since the early 1990s, the Pine Island Glacier’s ice velocity has increased dramatically to values which exceed 10 m a day. Its floating ice front, which has an average thickness of approximately 500 metres, has experienced a series of calving events over the past 30 years, some of which have abruptly changed the shape and position of the ice front.

The ERS-1, ERS-2, Envisat and Copernicus Sentinel-1 satellites have previously provided images with to monitor changes in these glaciers. With routine, year-round Copernicus Sentinel-1 images, it is possible to track changes in the speed of the ice flow, to monitor the migration of the grounding line, and the development of fractures and rifts which ultimately lead to iceberg calving events.

Recently, the frequency of Pine Island Glacier calving events has increased. Today, the glacier is observed to be losing mass by a combination of calving events together with strong basal melting, where warm ocean currents erode the underside of the floating ice shelf. As the ice shelf both thins and calves enormous icebergs, the glacier discharge is unable to replenish the ice lost and the ice shelf front recedes from its previous position.

“Long-term measurements of West Antarctic Ice Sheet glaciers such as Pine Island are critical to understanding changes to the rate of loss of ice mass into the ocean, and thus Copernicus Sentinel-1 has become fundamental to gauging Antarctica’s contribution to rising sea levels,” says Mark Drinkwater.