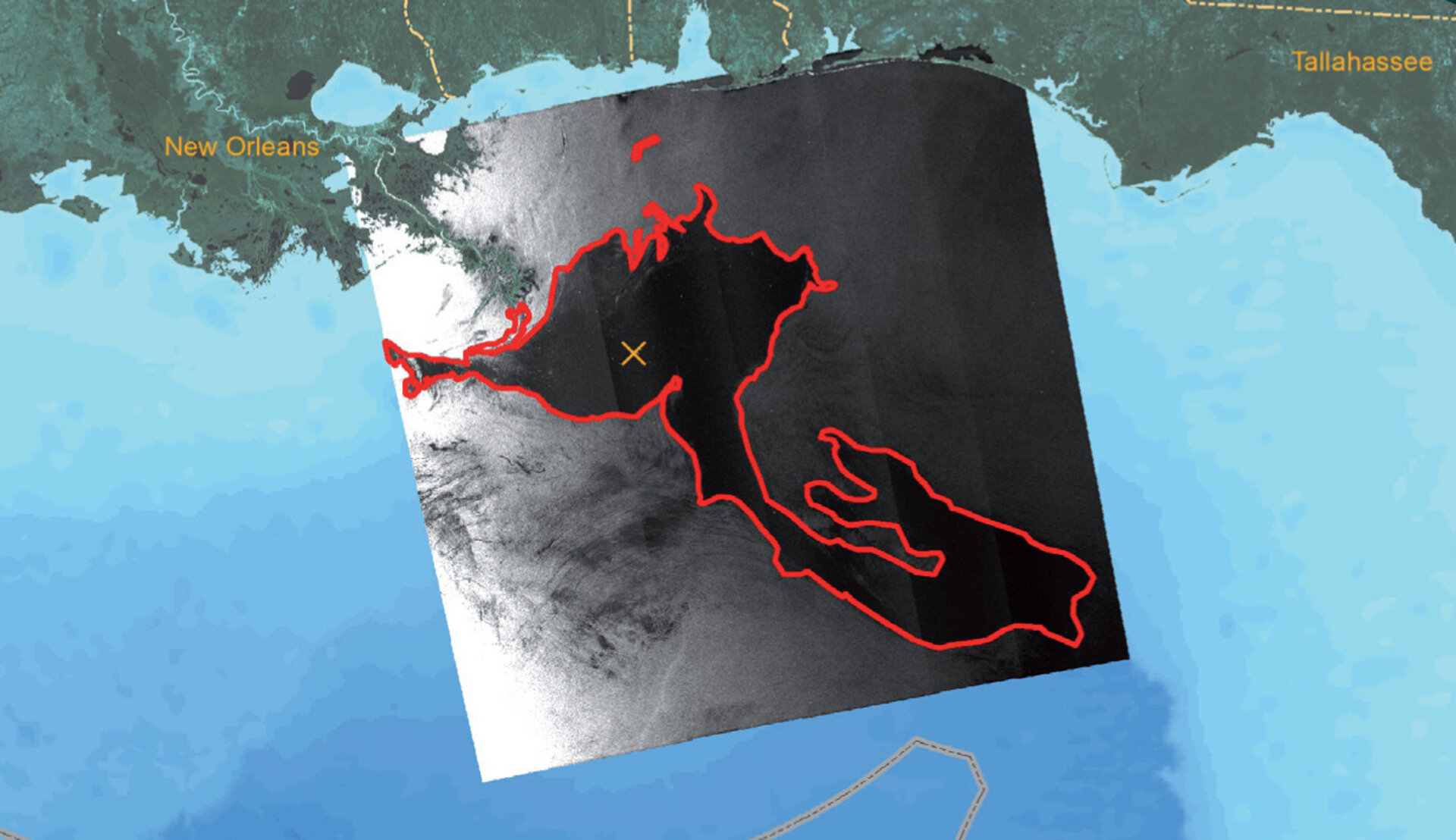 The Gulf of Mexico oil spill couldn’t have occurred at a worse time for bluefin tuna: they had come to the area – a major spawning ground – to produce offspring. Satellites are helping assess the damage from the disaster on the fish’s spawning habitat.

The majestic Atlantic bluefin tuna, among the largest fish able to grow the size of a Volkswagen Beetle, come to the Gulf yearly from January to June. Their peak spawning time in the Gulf is April and May – just when some 10 million litres of oil a day was pouring into the water following the explosion of the Deepwater Horizon rig on 20 April.

The commercially valuable fish spawn in surface waters, with females releasing eggs and males following behind to fertilise them. The presence of surface oil could harm eggs, larvae and even adults. With the western Atlantic tuna population's spawning stock declining by 82% over the last 30 years, it is imperative they spawn without disturbance.

In an effort to safeguard their spawning grounds, the Ocean Foundation – a non-profit organisation involved in protecting ocean environments and species – needed to know which habitats throughout the northeastern part of the Gulf had been the most affected.

This required knowing the extent of the oil spill and the locations that provided favourable conditions for tuna spawning.

Radar data from ESA’s Envisat and other European and international satellites were transformed into weekly maps showing the location, shape and size of the spill.

To simulate bluefin spawning habitats and larvae development, scientists used electronically tagged tuna and an ocean model based on measured ocean temperatures, sea-surface heights from radar altimeters on Envisat and NASA’s Jason satellite and ocean colour information from MERIS on Envisat and MODIS on NASA’s Aqua satellite. Water colour can signify the presence of plankton for the tuna to feed on.

Quickly after hatching, larvae begin searching for food close to the surface. That means the presence of oil there is likely fatal for such tiny organisms.

Since the spill area and the most favoured spawning habitat coincided at the end of the breeding season, researchers accounted for the lethal effect of surface oil and found that the spill had reduced the number of juvenile bluefin by more than 20%.

Fortunately, the spawning hotspot in the west was apparently unaffected by the pollution, as observed from satellite images.

"This analysis will help us and our colleagues elevate our understanding of these impacts to another level and guide the development of strong policy recommendations," said Dr David Guggenheim of the Ocean Foundation.

"In addition, this analysis and its approach represents a next-generation tool that can help equip researchers and decision-makers should we face another similar environmental disaster in the future."

By the time the Deepwater Horizon well was finally plugged on 15 July, some 750 million litres of crude oil had spewed into the Gulf.

Earth observation satellites have played a vital role in helping to understand the disaster. Within days of the explosion, satellites began monitoring the situation and providing data in near-real time to US authorities involved in cleanup efforts.

Now satellites are helping scientists to answer the most pressing questions about the consequences of the spill. Maps based on ESA data also document the oil spill effects on natural coastline habitats and sea turtle nesting sites.

Natural habitat protection is coming under the spotlight this week at the UN Convention on Biological Diversity's 10th Conference of the Parties (COP 10), being held in Nagoya, Japan. ESA is attending the COP10 with an exhibition booth and a side event.