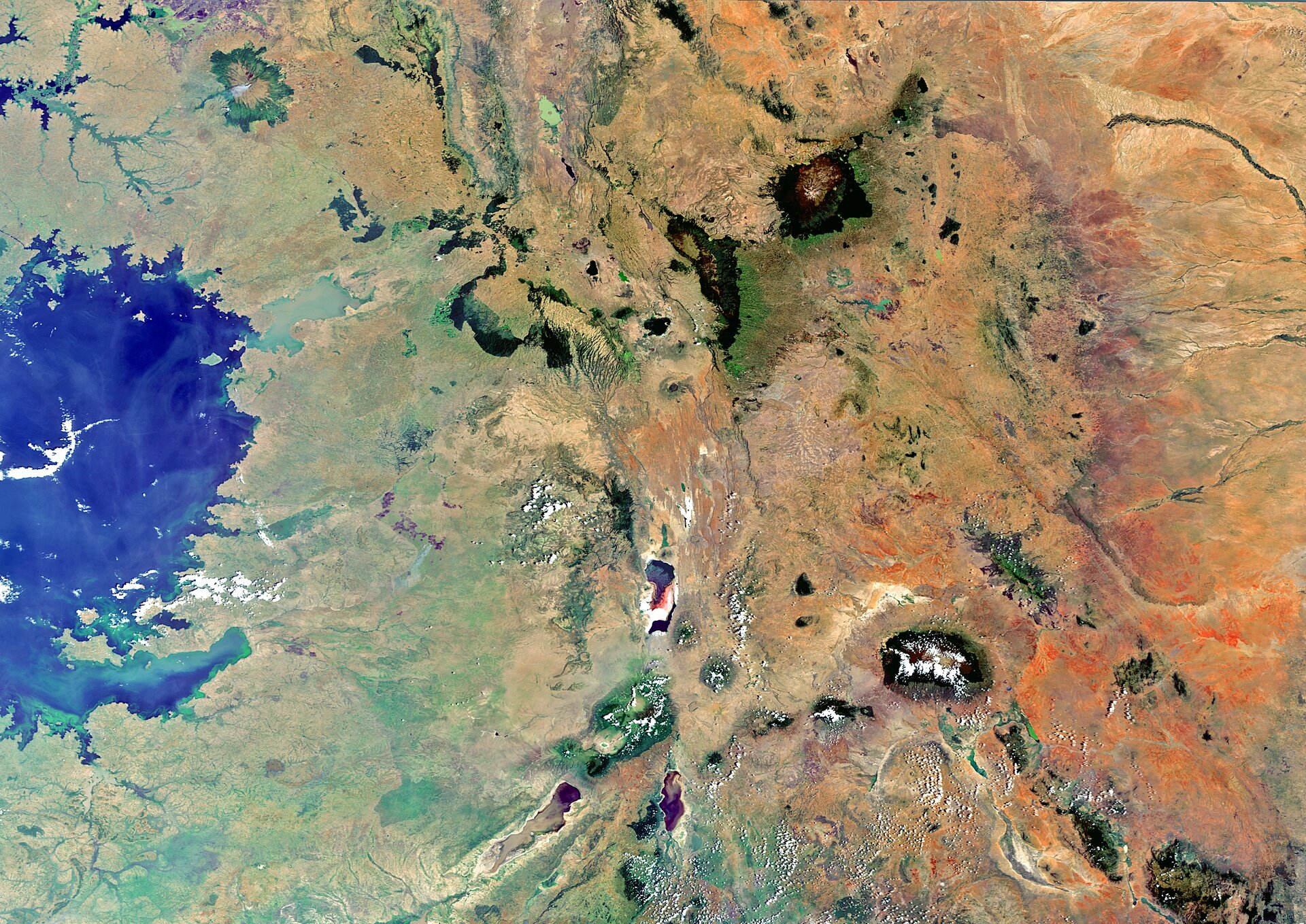 The border region of southern Kenya and northern Tanzania – with a small portion of south eastern Uganda – is pictured in this Envisat image.

Lake Victoria straddles all three countries. Named after Queen Victoria in the mid-1800s, it is the largest African lake by area and supports the continent’s largest inland fishery.

In the lower-right portion of the image, we can see the snows of Kilimanjaro, Africa’s highest mountain at 5895 m above sea level.

This dormant volcano has three volcanic cones: Kibo, Mawenzi and Shira. The last major eruption is believed to have occurred over 000 years ago, though Kibo emits gas from an opening in Earth’s crust below it.

North of Mount Kilimanjaro is Mount Kenya, the second-highest mountain in Africa – just above 5000 m. This mountain has 11 small glaciers, but they are rapidly retreating – similar to the ones on Kilimanjaro. Glacial retreat can be caused by changes in the trends of temperature or precipitation.

The area around Mount Kenya is a national park protecting the biodiversity and forming an attractive destination for tourists. The area is home to monkey, antelopes, elephants and leopards.

The area pictured is part of the East African Rift – an area where two tectonic plates are moving apart from one another – making this home to a number of both active and dormant volcanoes.

Most volcanoes around the world are not monitored effectively – or at all. Satellite radars can detect small changes in the ground that may indicate volcanic activity, and can do this on a global scale and in remote or inaccessible areas.

This image was acquired by Envisat’s MERIS instrument on 4 January 2012.

Contact with Envisat was suddenly lost on 8 April and the mission has come to an end. But ten years of Envisat’s archived data will continue to be exploited for studying Earth’s land, atmosphere, oceans and ice caps for years to come.