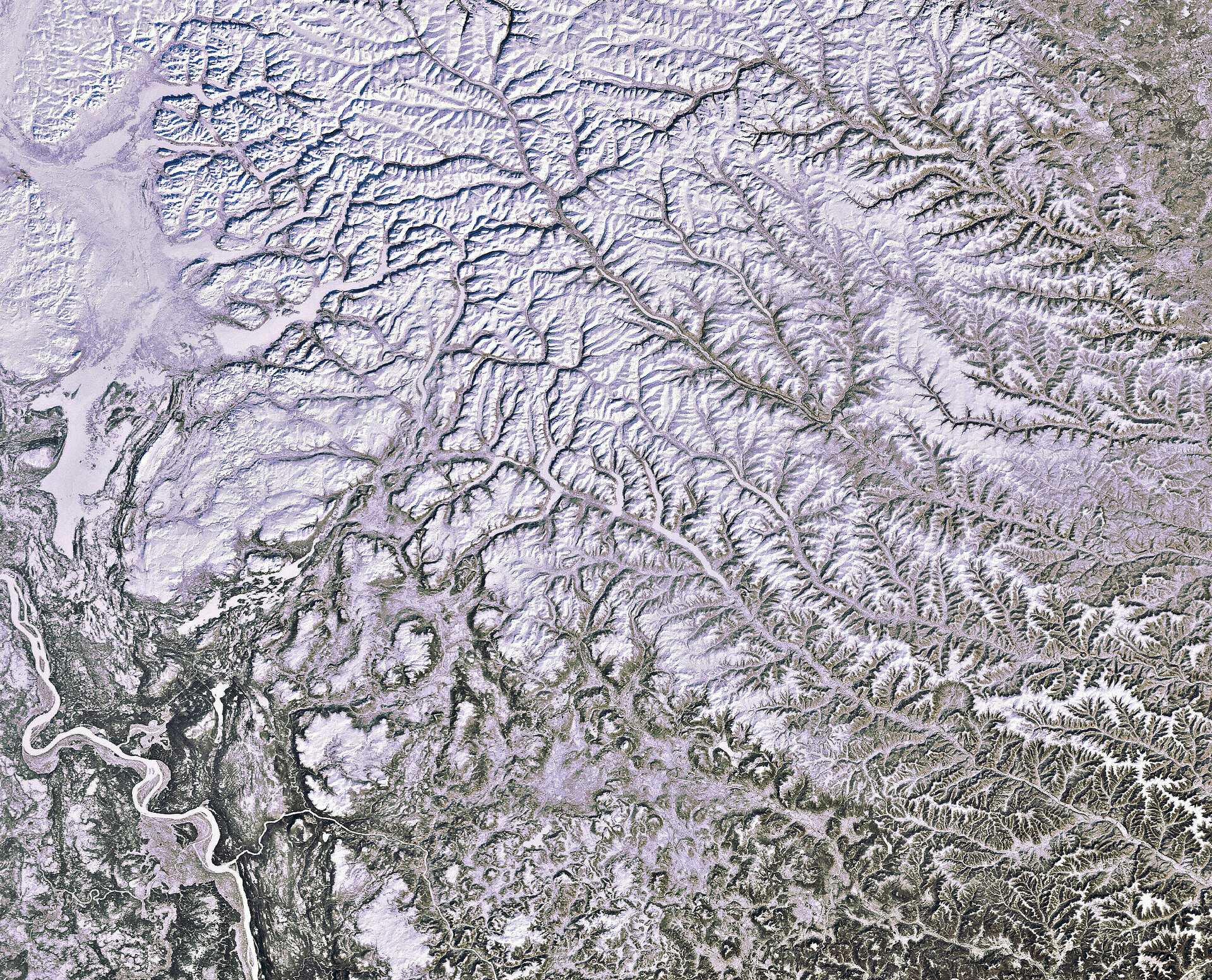 North central Siberia is pictured in this Envisat image from 5 March 2012. An enormous area in north Asia, Siberia spreads from the Urals in the west to the Okhotsk Sea in the east, from the Arctic Ocean in the north to the borders of Kazakhstan, Mongolia and China in the south.

In the lower-left corner we can see the Yenisei river, which flows north into the Kara Sea (not pictured). The Yenisei is considered to be the boundary between eastern and western Siberia.

The majority of the area pictured lies above the Arctic Circle. This is also an area of continuous permafrost, where the soil is at or below freezing throughout the year.

About half of the world’s underground organic carbon is found in northern permafrost regions. This is more than double the amount of carbon in the atmosphere in the form of the greenhouse gases carbon dioxide and methane.

Although permafrost cannot be directly measured from space, factors such as surface temperature, land cover and snow parameters, soil moisture and terrain changes can be captured by satellites.

This image also shows part of the Putorana Mountains and the Putoransky State Nature Reserve. In the native language of the Evenks, 'Putorana' means 'the country of lakes with steep banks.'

Listed on the UNESCO World Heritage List, this area contains arctic and subarctic ecosystems, as well as a major reindeer migration route.