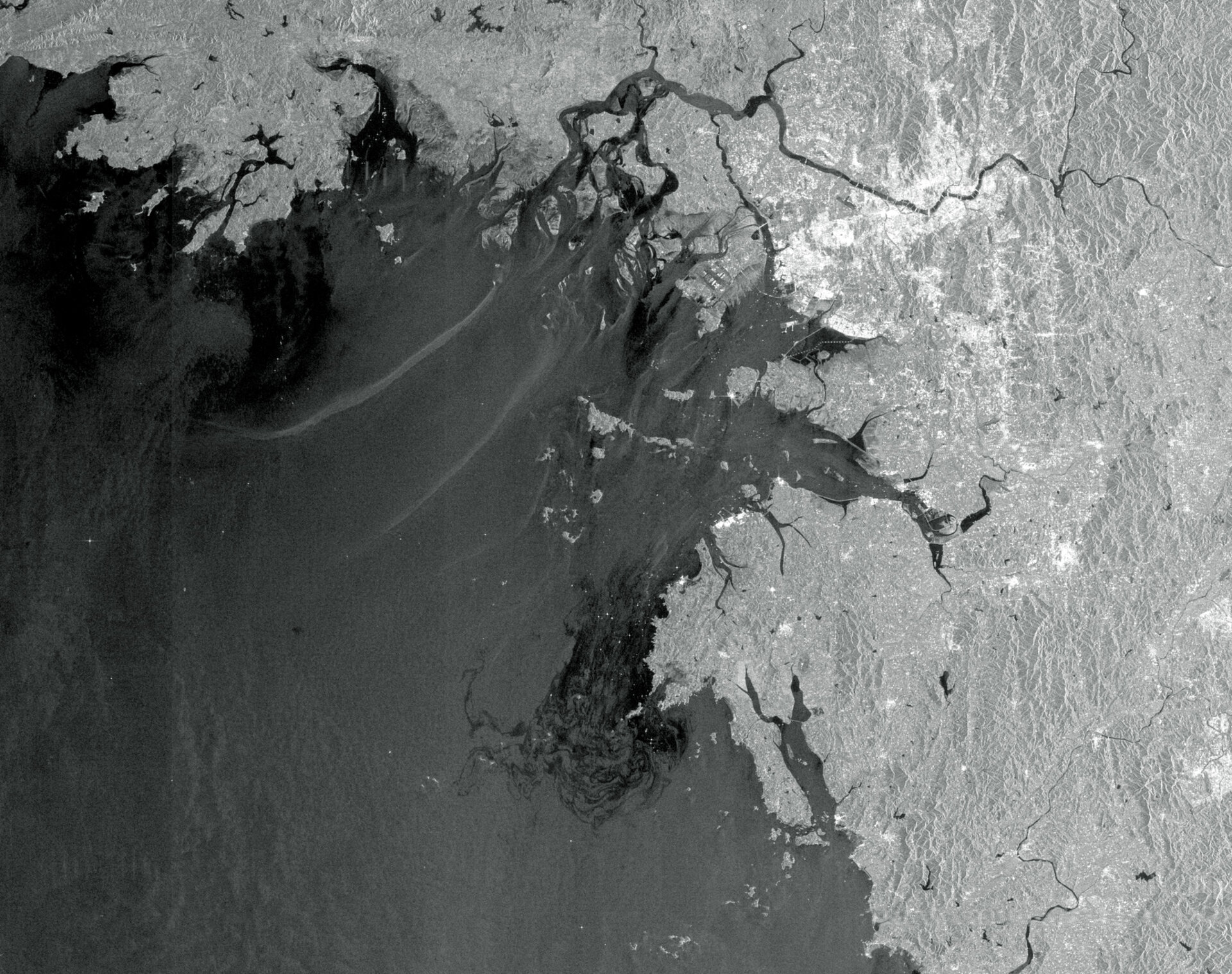 Crude oil from the wrecked 146 000-ton tanker, Hebei Spirit, is seen polluting the sea off South Korea in this Envisat image.

More than 10 000 tons of oil from the tanker is reported to have leaked into the sea since colliding with another vessel on Friday 7 December. The South Korean government has declared the coastal regions, located southwest of Seoul, where oil is washing onto their beaches disaster areas.

This image was acquired today at 01:40 UTC by the Advanced Synthetic Aperture Radar (ASAR) aboard ESA’s Envisat, while operating in its wide-swath mode covering an area approximately 400 km by 400 km.

The presence of oil on the sea surface damps down smaller wind generated waves. It is these waves that reflect the radar signal back in the direction of the source. When they are damped, the reflected power measured by the radar is reduced, causing oil slicks to be seen as dark areas on an otherwise brighter sea.

ASAR, like other space-based radar systems, essentially provide its own source of illumination and operates at longer wavelengths than optical sensors. This enables it to observe the Earth’s surface at night and through thick cloud cover.