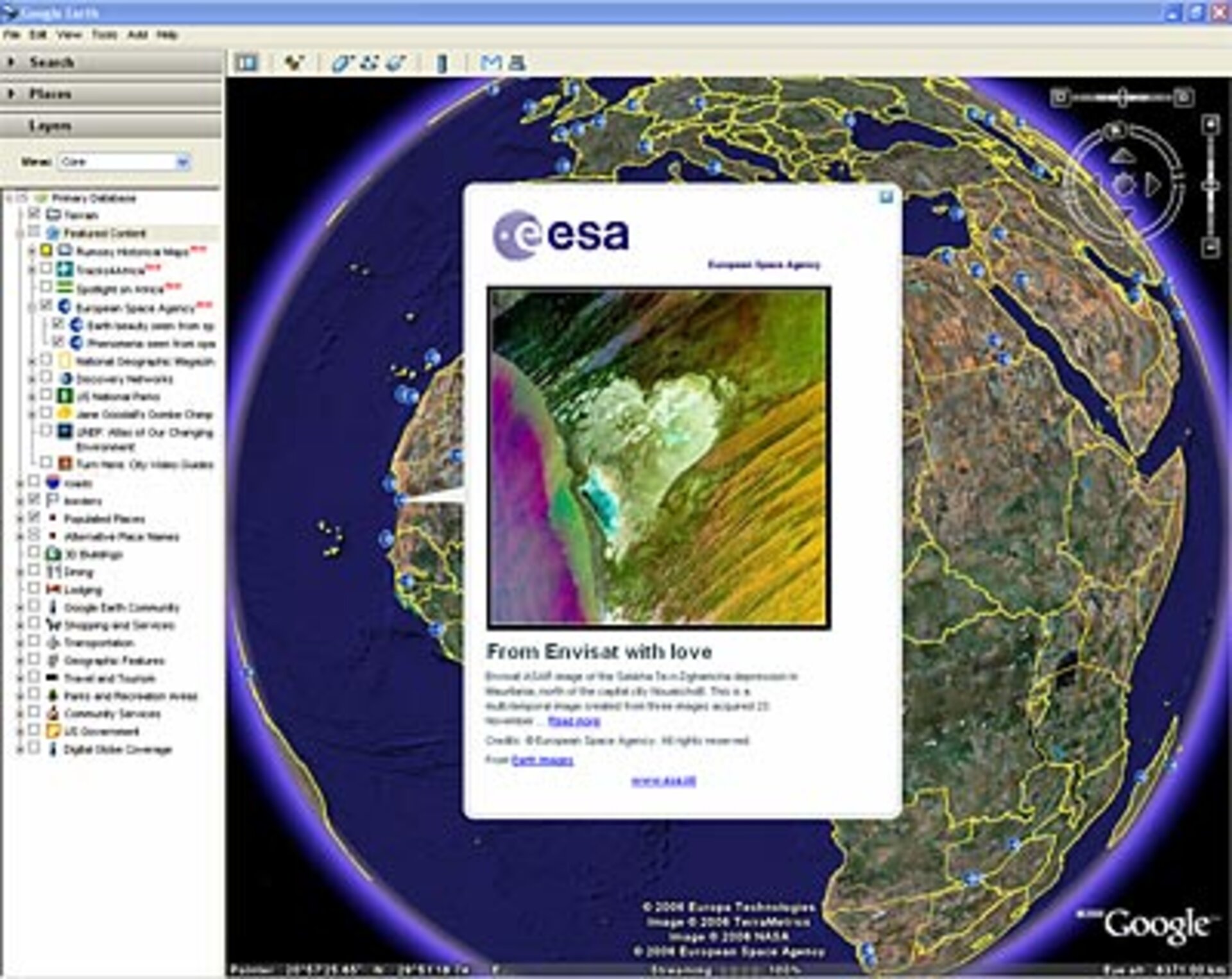 Ever wanted to see what volcanic eruptions, dust storms and changing ice glaciers look like from space? The European Space Agency (ESA) has created a special layer of content that will appear in Google Earth, enabling people to see over 130 new ESA satellite images including natural phenomena and manmade landmarks such as the Palm Islands in Dubai.

People can take a journey around the globe, exploring detailed images of amazing landmarks and finding out about important changes to the environment. Helpful information, bubbles of facts and figures, scientific explanations and theories will appear underneath the images.

Google Earth Director John Hanke said: "We are inspired to see the European Space Agency using Google Earth to show such fascinating information about our planet through these striking images. This is another important step in helping people around the world to understand more about their environment."

ESA’s Director of Earth Observation Programmes Dr. Volker Liebig said: "Integrating ESA images into Google Earth provides an excellent opportunity to create public awareness and interest for space technologies, and in particular for those related to Earth observation and the protection of the environment.

"The imagery has been specifically chosen to afford Google Earth users the possibility to tour the planet from a bird’s eye view and to gain a different perspective and appreciation of their planet by witnessing its splendour as well as its vulnerable spots."

The ASAR instrument uses radar to map the land, profile waves and ice, monitor land use and types of vegetation and measure some of the properties of the surface. MERIS acquires images of the planet’s surface and clouds in sunlight, capturing visible light and some of the infrared part of the spectrum. The AATSR sensor scans land and ocean surfaces to measure sea temperature, detect hot spots from forest fires and map the extent of vegetation in different regions.

Data from these sensors play a vital role in helping scientists, governments and others to understand the causes and consequences of global environmental changes – including detecting El Nino events, unravelling the mysteries of global warming, tracking global deforestation and pollution and gaining crucial insights into the rise in ocean levels.