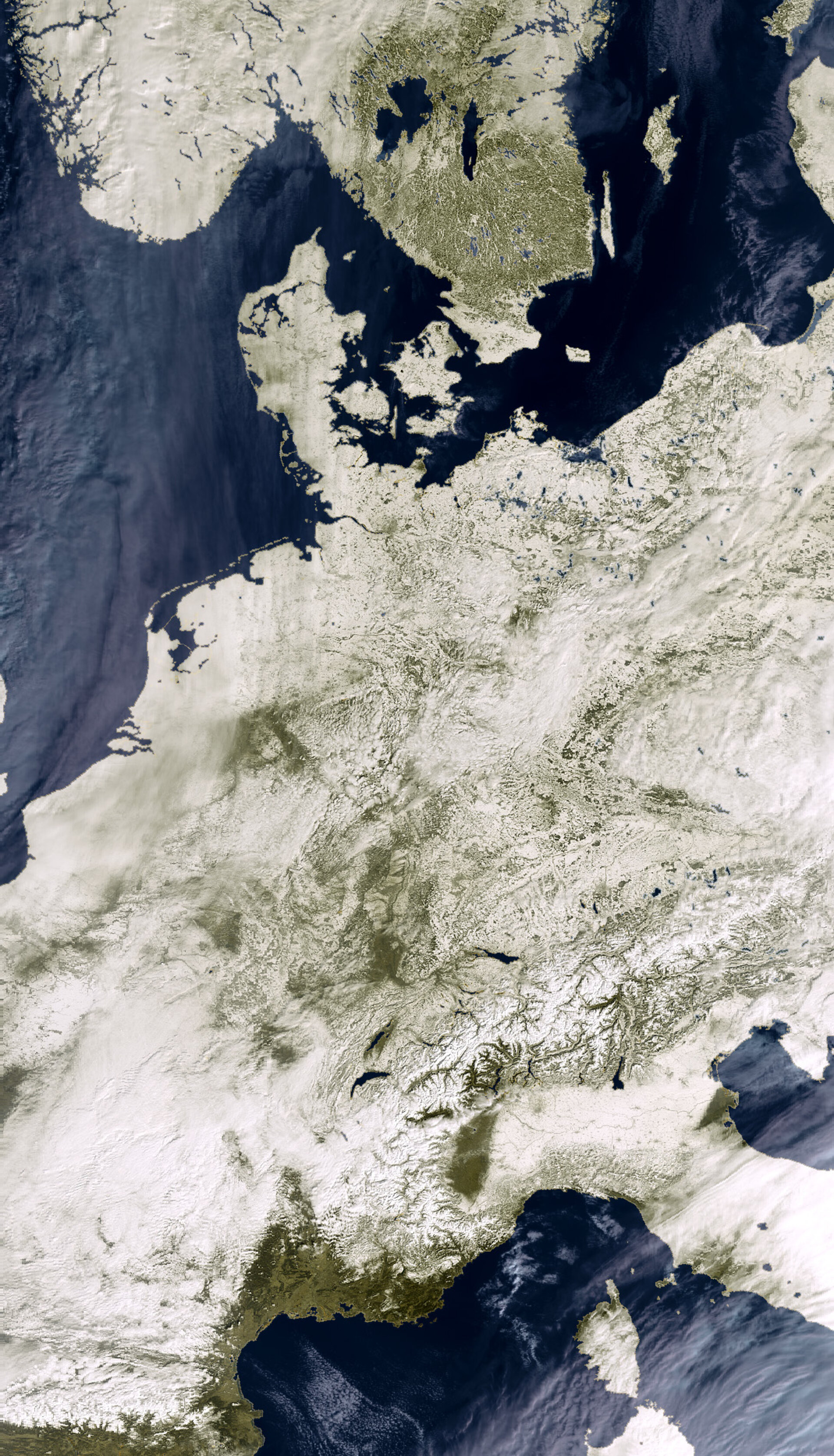 Spring gets off to an unseasonal start across Europe: this Envisat image from last week shows the continent covered by snow all the way down from Sweden down to Italy.

The image was acquired on the first Saturday of the month, at the end of a week of snowfalls across the continent and some near record low temperatures.

In particular there was a record cold snap in the Netherlands: the temperature dropped overnight to –20.7ºC, unprecedented for the month of March. Many air flights were cancelled all over Europe and numerous schools were closed in France and the UK.

In Italy, farmers estimated that some €650 million of damage has been caused to their crops by the cold spell. Rome suffered its coldest March day for 18 years while in the north of the country police advised that only essential journeys should be made.

In Spain, both Madrid and Barcelona were blanketed by snow. The cold snap was the coldest for this time of year for the last three decades or more. The one country the snows did not extend to is Portugal, which is currently undergoing a serious winter drought.

The Medium Resolution Imaging Spectrometer (MERIS) aboard Envisat acquired this image on 5 March 2005. This Reduced Resolution Mode image has a spatial resolution of 1200 metres and a swath of 1283 kilometres.