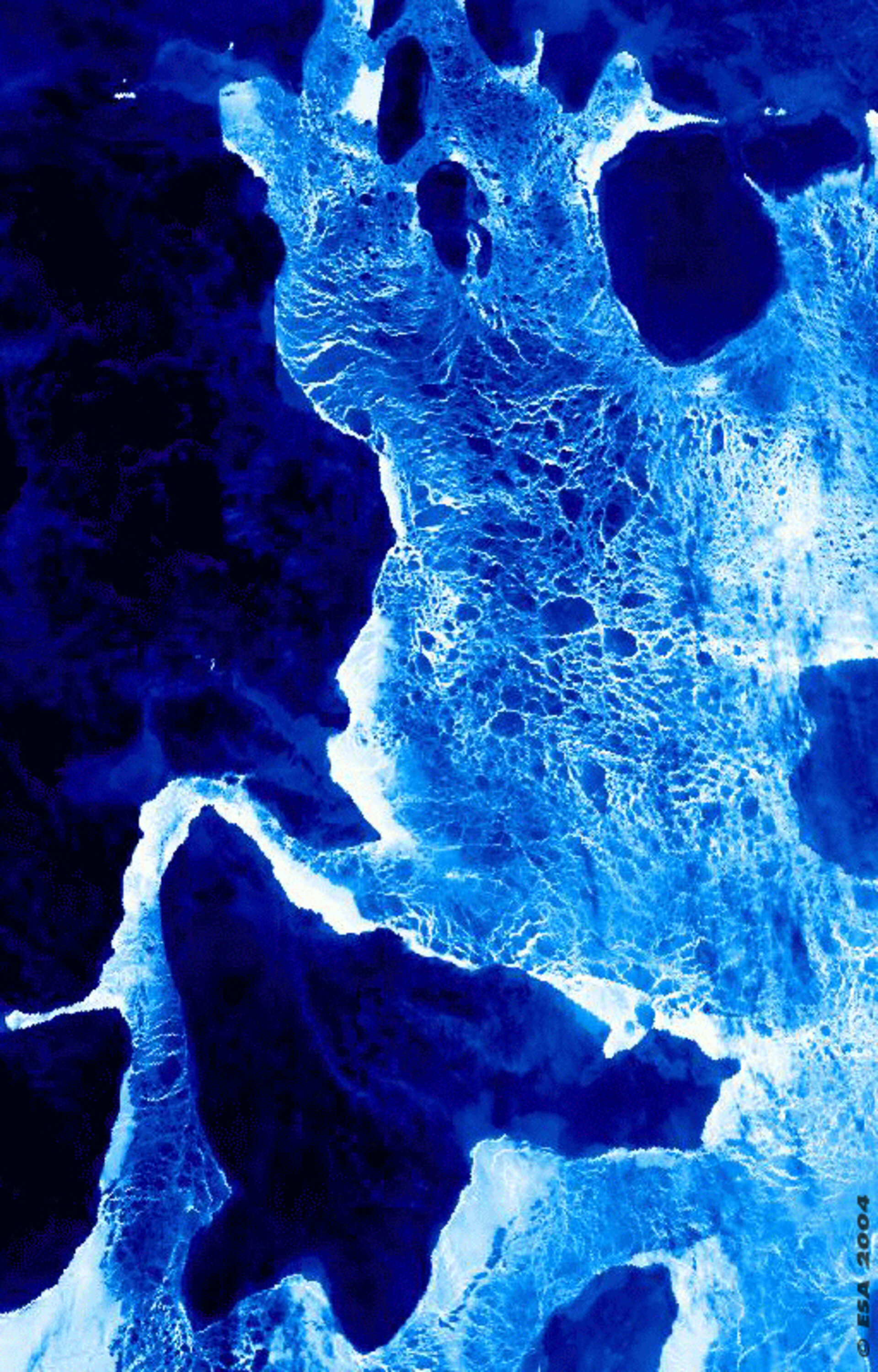 This is a nighttime thermal image showing pack ice over the Foxe Basin in North-east Canada. Acquired by Envisat's Advanced Along Track Scanning Radiometer (AATSR) this image is oriented northeast to southwest and centred over the latitudinal boundary of the Arctic Circle.

AATSR is equipped with thermal infrared channels to measure land and sea surface temperatures, accurate to a fraction of a degree. The ice covering the Foxe Basin is whitish-blue in colour while the snow-covered land appears deep blue or black in colour.

Located north of Hudson Bay between the Melville Peninsula and the large Baffin Island, Foxe Basin is a broad depression whose depth varies between 100 and 400 metres. The island with the Basin at the top of the image is Prince Charles Island, with Southampton Island at image bottom.

The Basin remains ice-covered for most of the year, with landfast ice dominating in the north and pack ice covering the deeper southern waters. Foxe Basin is rarely ice free until September, with open pack ice common throughout the summer.

It is named after Luke Foxe, who explored this area widely in the seventeenth century in the vain hope of finding a Northwest Passage across North America.

It may appear forbidding, but this is one of the most biologically rich and diverse areas of the Canadian Arctic. The many polynyas of northern Foxe Basin supporting colonies of bearded seals and the largest walrus herd in Canada. Ringed seals are polar bears are common, and it is also a summering area for bowhead, beluga and narwhal whales.

This AATSR image was acquired on 28 January 2004, during Envisat's ten thousandth orbit of the Earth, and has a one-kilometre resolution.