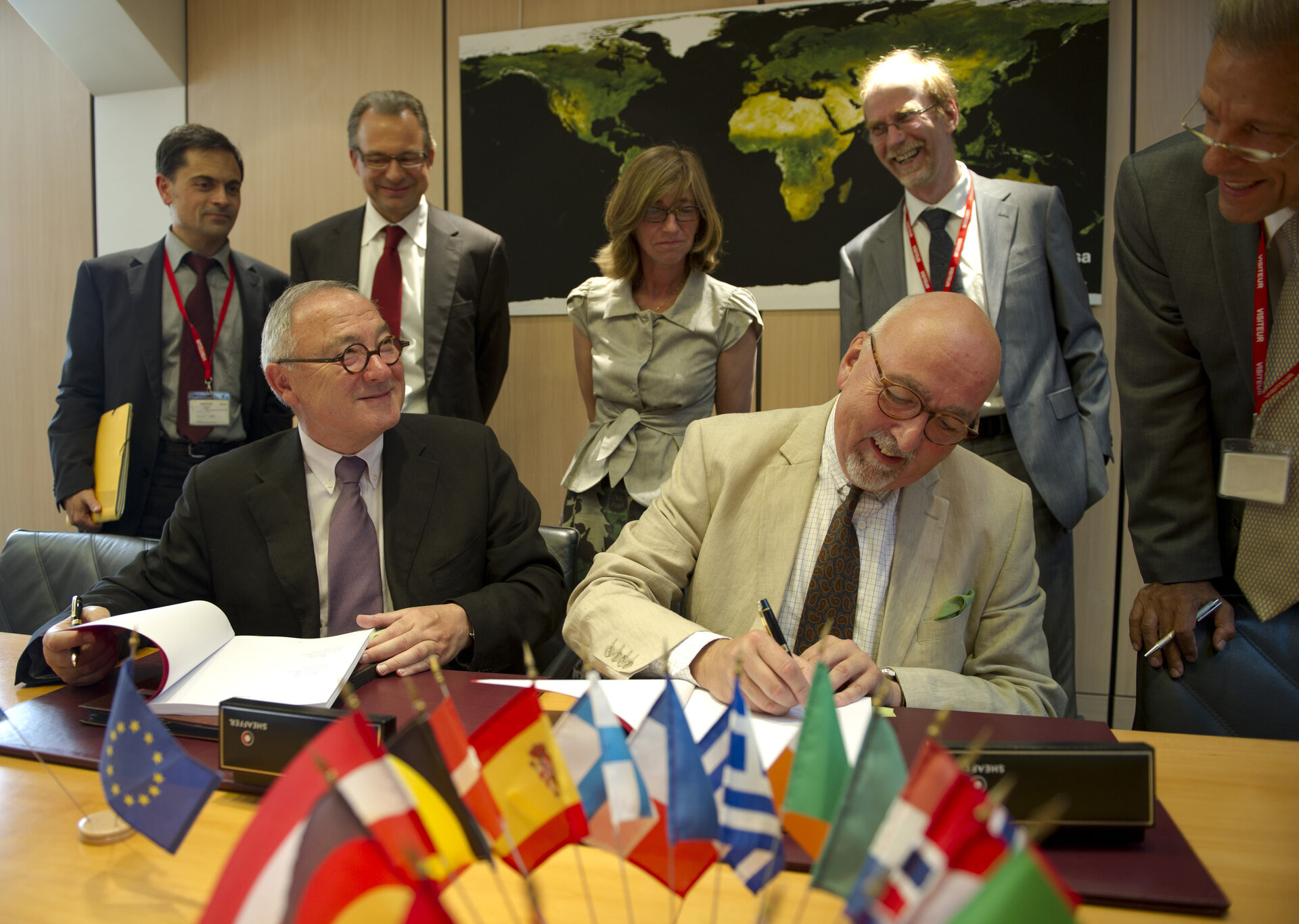 Today, the European Commission has signed an agreement confirming the transfer of funds to ESA for the initial operations of the space component for the Global Monitoring for Environment and Security programme.

This agreement follows on from the EU Regulation that was adopted in October 2010 for the Global Monitoring for Environment and Security (GMES) programme. The additional funding demonstrates that the existing agreement has been working well and cements the trust the European Union has in ESA to execute its role in realising the GMES programme.

GMES is a unique endeavour that will provide decision-makers with access to accurate and timely information services to manage the environment, understand and mitigate the effects of climate change, and ensure civil security.

Since the success of GMES hinges largely on the provision of robust satellite data, ESA is tasked with coordinating the programme's space component. This includes developing, launching and operating five families of Sentinel satellites, and making the data from these dedicated missions and from other space agencies available for GMES services.

This transfer of funds to ESA, which has been appropriated from the EC’s Seventh Framework Programme and GMES Initial Operations Programme, will bridge the gap until the next Multi-annual Financial Framework comes into play in 2014.

The first three Sentinel missions are designed to orbit in pairs, thereby offering maximum coverage of Earth's surface. This latest injection of funds will cover the costs for operating the first satellites until the new operational EU funds become available.

It will also provide initial funds that will allow the preparation of contracts for the launch of the second satellites that make up the Sentinel pairs.