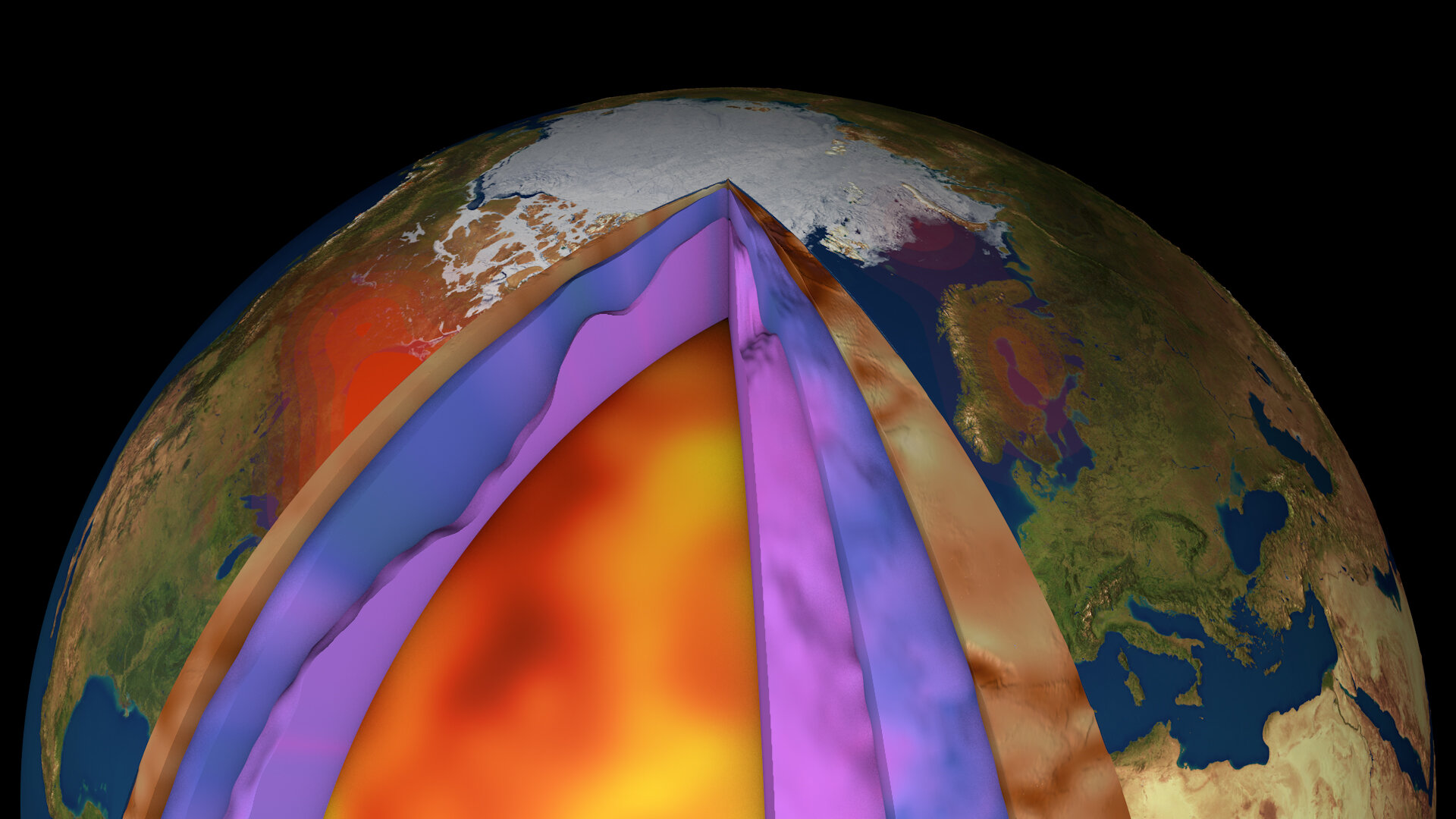 Despite ESA’s GOCE mission ending over seven years ago, scientists continue to use this remarkable satellite’s gravity data to delve deep and unearth secrets about our planet. Recent research shows how scientists have combined GOCE data with measurements taken at the surface to generate a new model of Earth’s crust and upper mantle. This is the first time such a model has been created this way – and it is shedding new light on processes of plate tectonics, which, in turn, are related to phenomena such as earthquakes and volcanic eruptions.

The lithosphere, which includes the planet’s hard crust and the partially molten top part of the upper mantle, is fundamental to plate tectonics.

Plate tectonics describes how the crust is divided into a mosaic of plates that slide laterally over the malleable top of the upper mantle and in doing so give rise to new seafloor along mid-ocean ridges, mountains, volcanoes and earthquakes. A better understanding of these processes relies on knowledge of differences in the lithosphere’s temperature and chemical composition.

Geophysicists traditionally measure the speed at which seismic waves propagate when an earthquake occurs to determine the distribution of subsurface physical properties. The speed of seismic waves is governed mostly by the temperature of subsurface rocks and to a lesser extent by density.

Here, gravity data from space can add to picture because the strength of the gravity signal is related to density. In addition, data from satellites is uniform in coverage and in accuracy, and satellites cover areas where ground measurements are scarce.

For over four years, GOCE mapped Earth’s gravity with extreme detail and accuracy. This has led to some remarkable discoveries, from deep below the surface of our planet to high up in the atmosphere and beyond. 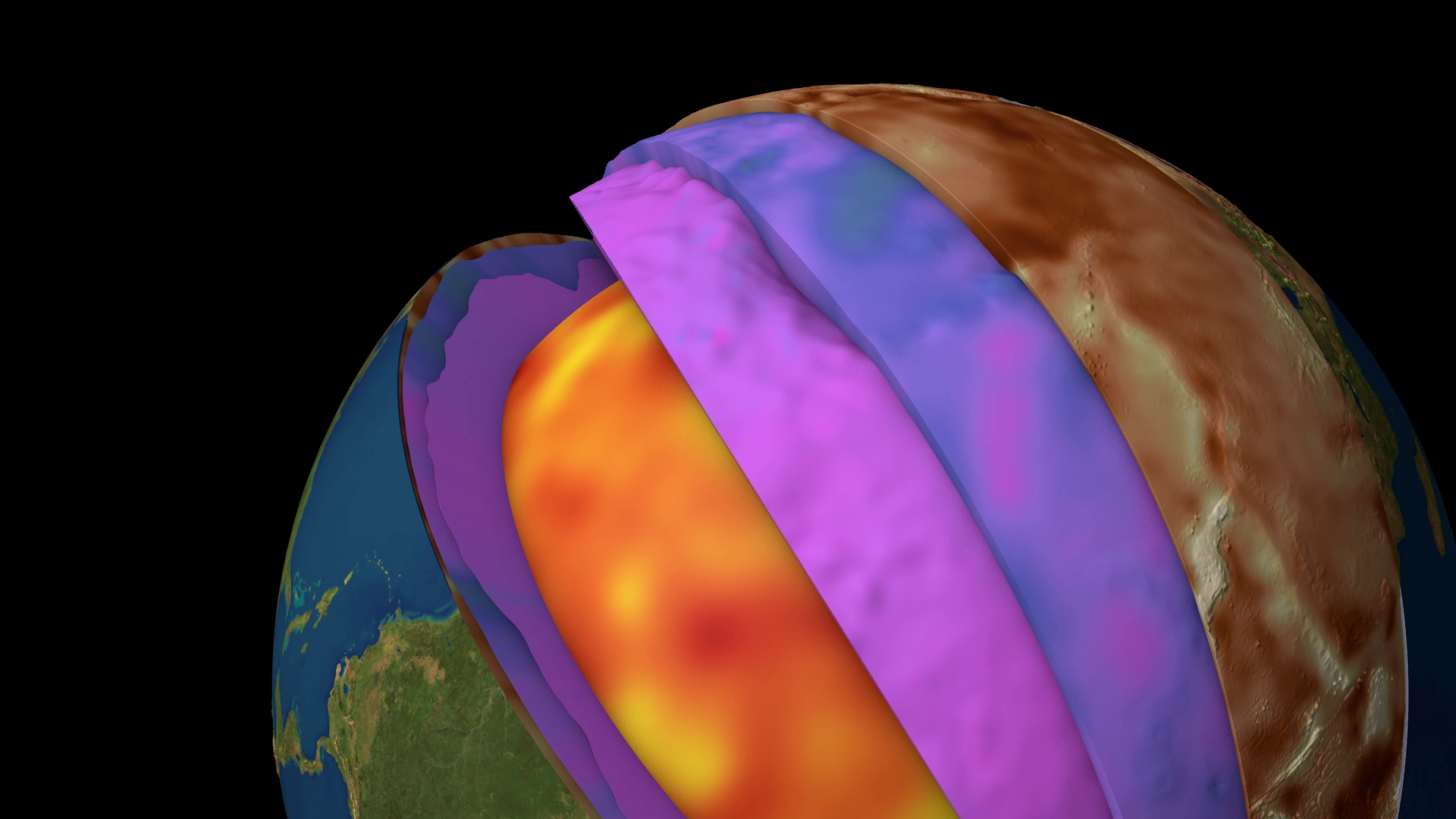 New research published in Geophysical Journal International describes how scientists generated a new model of the lithosphere using the joint power of GOCE gravity data and seismological observations combined with petrological data, which comes from the study of rocks brought to the surface and from laboratories where the extreme pressures and temperatures of Earth’s interior are replicated.

Javier Fullea, from Complutense University of Madrid and the Dublin Institute for Advanced Studies, and also co-author of the paper, said, “Earlier global models of the crust or lithosphere suffered from limited resolution or were based on a single method or dataset.

“Only recently available models were able to combine multiple geophysical data, but they were often only on regional scales or they were limited by how the different data are integrated.

“For the first time, we’ve been able to create a new model that combines global-scale multiple terrestrial and GOCE satellite datasets in a joint inversion that describes the actual temperature and composition of mantle rocks.”

Jesse Reusen, from Delft University of Technology, added, “This novel model provides an image of the present-day composition and thermal structure of the upper mantle that can be used to estimate the viscosity. In fact, it has already been used to estimate the remaining post-glacial uplift – or the rise of the land after the removal of weight of the ice – following the melting of the Laurentide ice sheet in Canada, improving our understanding of interactions between the cryosphere and the solid Earth. This research was published last year in the Journal of Geophysical Research.”

The new model produced in ESA’s 3D Earth study shows for the first time how dissimilar the sub-lithospheric mantle is beneath different oceans, and provides insight as to how the morphology and spreading rates of mid-oceanic ridges may be connected with the deep chemical and thermal structure.

ESA’s Roger Haagmans, commented, “Our GOCE mission never ceases to impress. The data it delivered during its four-year life in orbit continue to be used to understand the complexities of our planet. Here we see it shining new light on the structure of Earth deep below our feet. Even though processes are occurring deep down, they have an effect on Earth’s surface – from the generation of renewed seafloor to earthquakes, so in turn, affect us all.

“Moreover, this is a remarkable result from the 3D Earth project and another significant step towards the realisation of one of the main goals of our Science for Society programme: develop the most advanced reconstruction of our solid Earth from the core to the surface, and its dynamic processes.”

The algorithms and results of these studies will be topic of the 3D Earth Spring School: a virtual event being held on 29 March to 1 April.