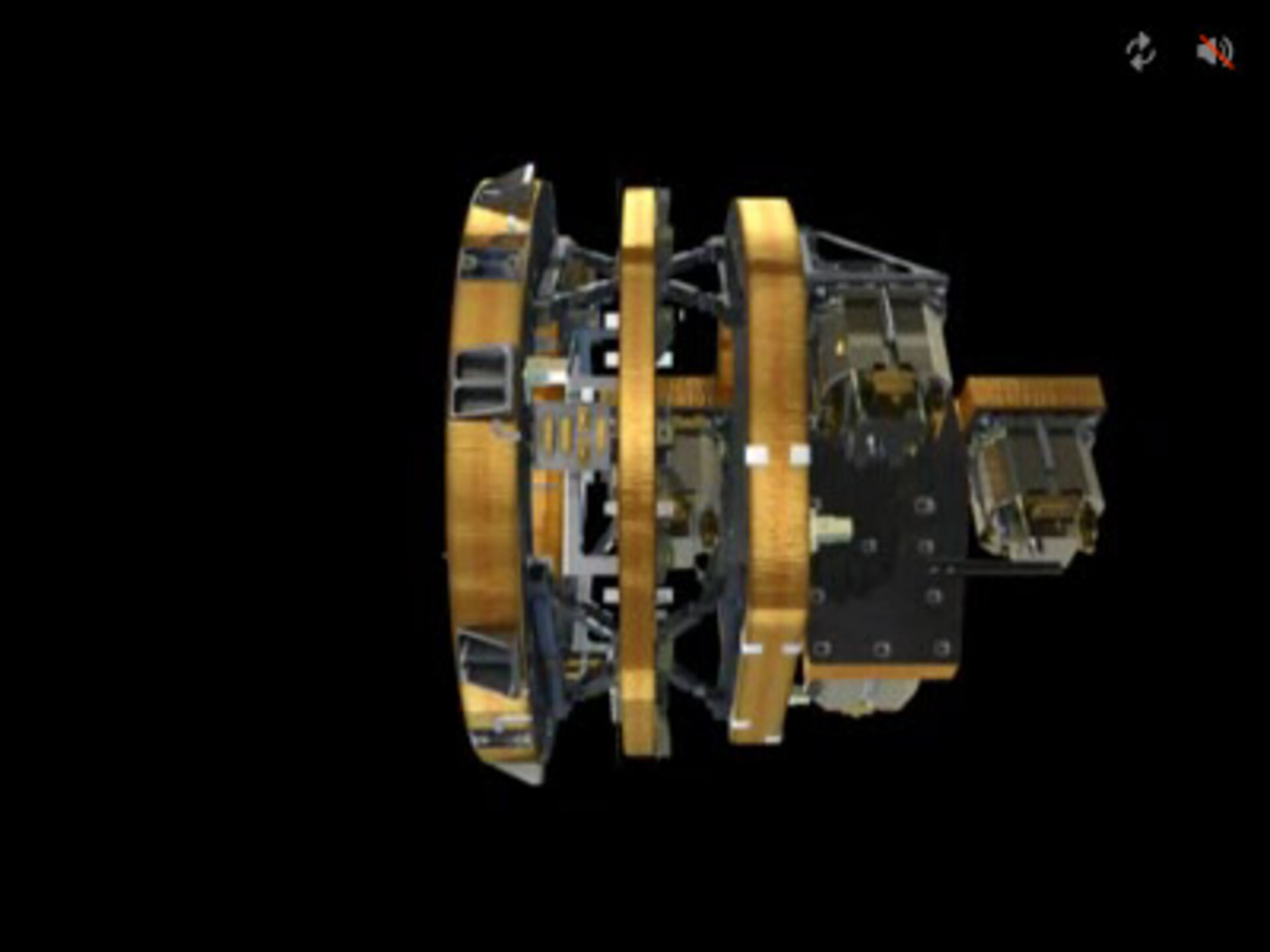 A high-tech gravity mission such as GOCE required that the satellite and the system of sensor and control elements formed one ‘gravity-measuring device’.

In other words, in contrast to most remote-sensing missions, there was virtually no division between the satellite and its instruments.

GOCE’s main instrument was the Electrostatic Gravity Gradiometer (EGG), a set of six 3-axis accelerometers mounted in a diamond configuration in an ultra-stable structure.

Each accelerometer pair formed a ‘gradiometer arm’ 50 cm long, with the difference in gravitational pull measured between the two ends. Three arms were mounted orthogonally: along-track, cross-track and vertically.

The gradiometer was 100 times more sensitive than any sensor of the same type previously flown in space.

The gradiometer measured gravity gradients in all directions. It was specifically designed for the stationary gravity field – measuring the geoid and gravity anomalies with high accuracy and high spatial resolution.

An onboard GPS receiver used as a Satellite-to-Satellite Tracking Instrument (SSTI) supplemented the gradiometer measurements. It consisted of an advanced dual-frequency, 12-channel GPS receiver and an L-band antenna. The SSTI receiver was capable of acquiring signals simultaneously broadcast from up to 12 satellites in the GPS constellation.

The SSTI delivered, at 1Hz, pseudo-range and carrier-phase measurements on both GPS frequencies, as well as a realtime orbit navigation solution.

The advanced drag compensation and attitude-control system was a key feature required to keep the accelerometer sensor heads in near 'free fall motion' and to maintain the orbit altitude at about 250 km. The system was based on ion-propulsion technology. The electric ion propulsion system comprised two thruster units (one as backup) mounted at the back of the satellite.

The thrusters could be throttled between 1 and 20 millinewtons (mN),  set automatically, depending on the actual realtime drag the satellite experienced in orbit.

A particular feature of the GOCE system design was that the drag-free and attitude-control system used the scientific payload as a sensor.

GOCE also had a Laser Retroreflector to allow its precise orbit to be tracked by a global network of ground stations through the Satellite Laser Ranging Service. This provided accurate positioning for orbit determination and data products.