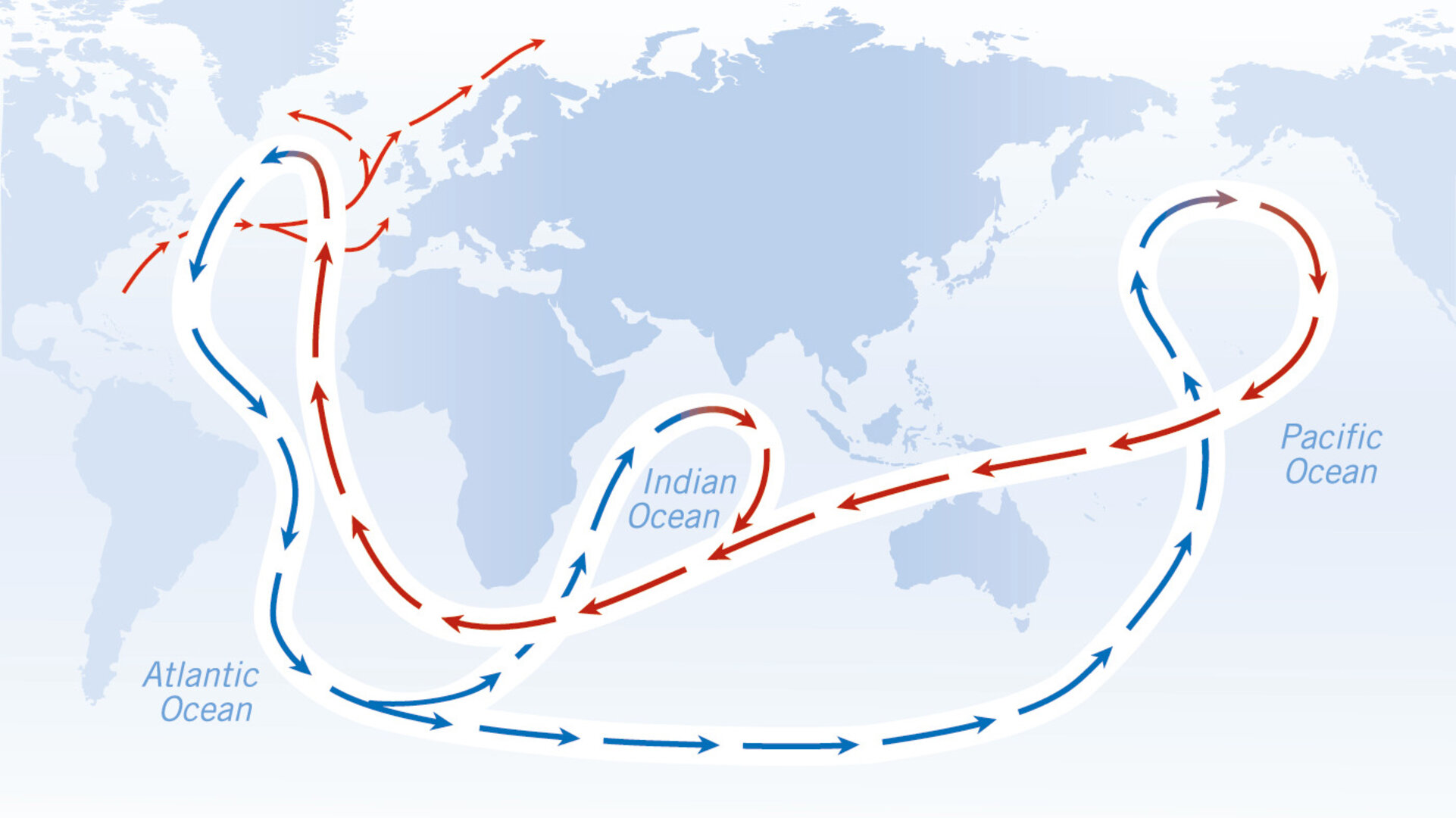 Ocean circulation plays a crucial role in climate regulation by transporting heat from low to high latitudes in surface waters, while currents cooled at high latitudes flow in deeper waters back towards the equator.

The Gulf Stream, which carries warm surface waters northwards from the Gulf of Mexico, is a good example of the important role ocean currents play in moderating the climate. Thanks to this current, the coastal waters of Europe are actually 4°C warmer than waters at equivalent latitudes in the North Pacific.

Nevertheless, knowledge of the role that the oceans play in the Earth system is currently insufficient for the accurate prediction of climate change.

It is necessary to have an accurate map of Earth’s geoid to study ocean circulation more effectively. The geoid represents the shape of a hypothetical ocean surface at rest in response to variations in Earth's gravity field. Forces such as the wind cause the actual sea surface to deviate from the geoid.

Past ESA ocean radar altimeters, such as those on ERS and Envisat, measured sea-surface height and typically show +/- 1 metre variations relative to the geoid. Importantly, the large-scale current systems flow along the lines of equal topography and are focused around the strongest gradients in sea-surface height.

Presently, the degree to which altimetry data can be used to make precise estimates of the transport of heat, salt and freshwater, is limited by the quality of the geoid.

It is, therefore, the combination of sea-surface height mapped by altimeters and the knowledge of the precise ocean geoid that is improving our understanding of surface currents and leading to a better knowledge of general ocean circulation patterns – crucial for understanding climate change.

Combined with the geoid, satellite altimetry data records spanning the last two decades can be used to provide a detailed retrospective picture of ocean circulation patterns and variations, and their consequences for the global water and energy cycles.

In a study presented at the 5th International GOCE User Workshop in November 2014, the GOCE geoid was subtracted from the mean sea-surface height measured over a 20-year period by satellites including ESA’s veteran Envisat. The result showed the mean dynamic topography of the ocean surface, showing higher- and lower-than-average water levels. Based on this map, ocean currents and their speeds were calculated and validated using in situ buoys.