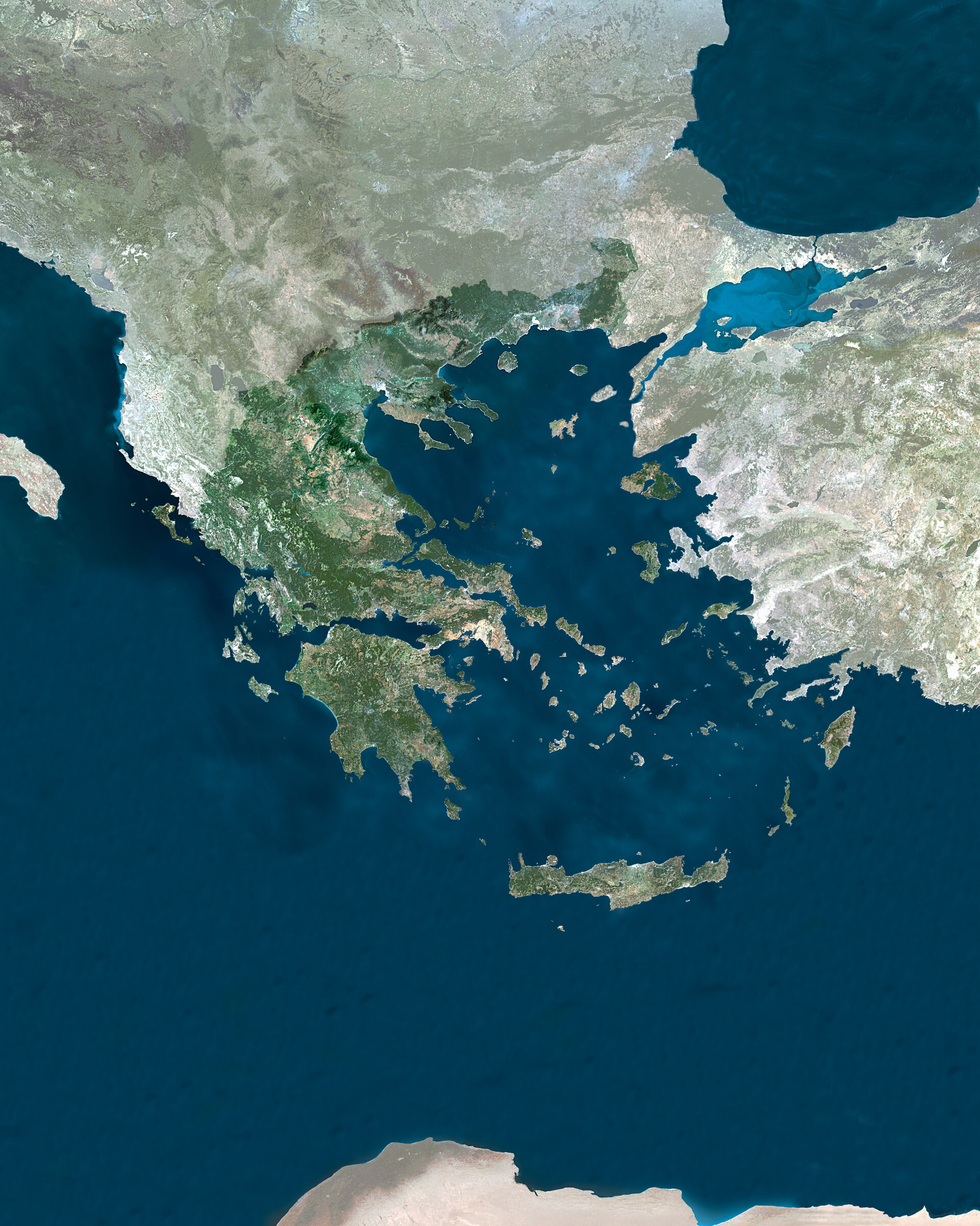 The nation of Greece is highlighted within a mosaic of satellite images of the southernmost tip of Europe, the Aegean Sea and Asia Minor, acquired by Envisat's Medium Resolution Imaging Spectrometer (MERIS).

Original home to the Olympics, and site of this summer's Games at Athens – located on the coast at the mosaic centre – the total surface area of Greece is 131944 square kilometres. It has few plains and many peaks, with mountain ranges covering 45% of its total surface area. These ranges extend into the sea as peninsulas and island chains; in fact one fifth of Greek territory is made up of about 2000 small islands.

Greece is bordered by Albania, the Former Yugoslav Republic of Macedonia and Bulgaria to the northwest and Turkey to the east. Three seas surround the country: the Aegean to the east, the Mediterranean to the south, and the Ionian to the west.

The small island of Gavdos below the large island of Crete marks the southern extent of Greek and European territory, with the North African coast visible at the base of the mosaic. One notable feature to the east of Greece is the bright blue of Turkey's inland Sea of Marmara.

This mosaic was put together by Geoville on behalf of ESA using about six MERIS images acquired during July 2003 in Full Resolution mode, with a resolution of 300 metres. Once the scenes are acquired they were geo-referenced, then mosaiced together, matched for colour and corrected for irregularities such as clouds.