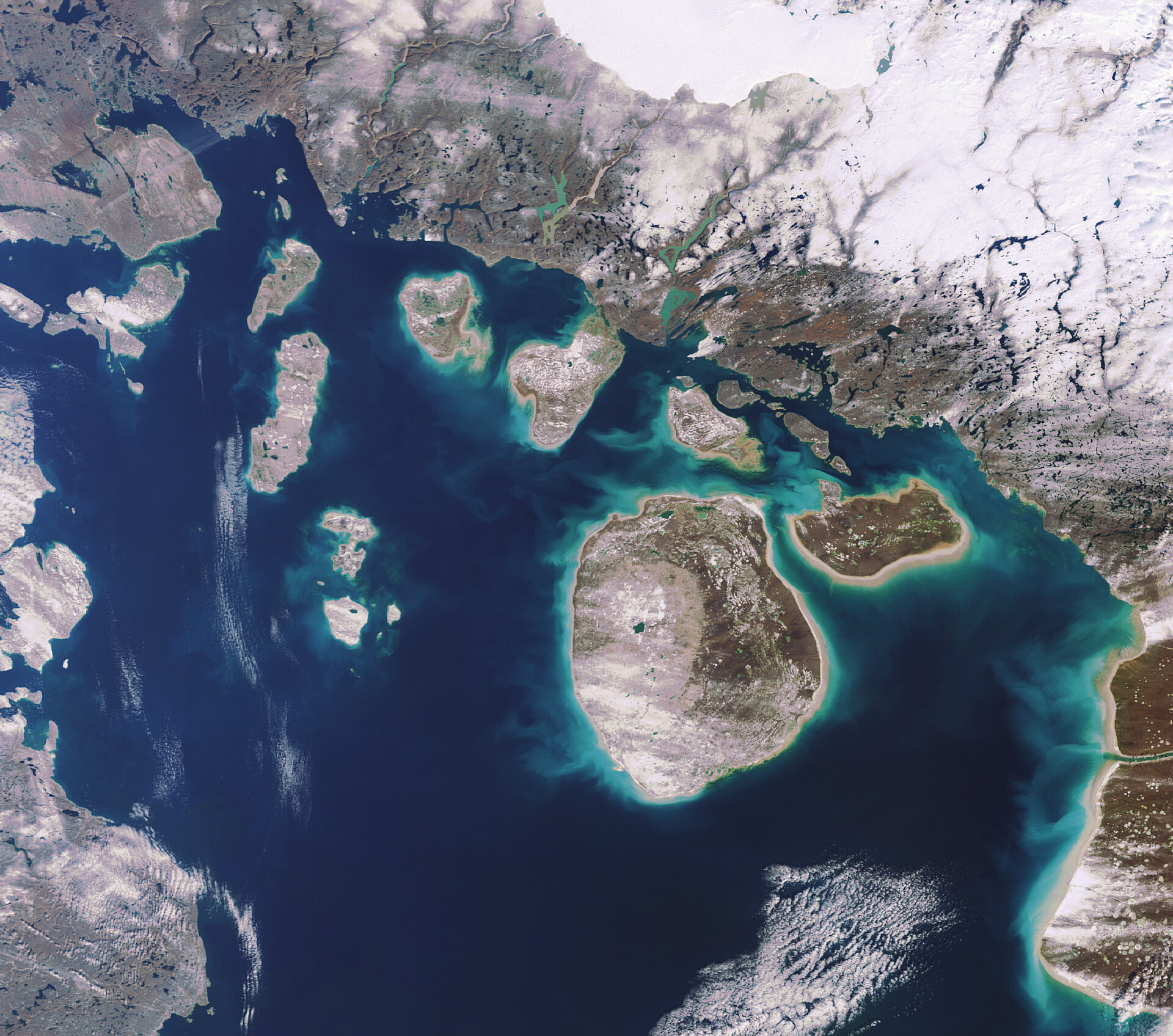 This Envisat image highlights an ice-free Foxe Basin – a nearly circular shallow extension of the Atlantic Ocean – located in the Canadian territory of Nunavut.

Foxe Basin remains ice-covered for most of the year, with landfast ice (sea ice that remains attached to the coast) dominating in the north and pack ice (normally broken separate blocs of ice) covering the deeper southern waters. The Basin’s depth varies between 100 m and 400 m.

Located north of Hudson Bay between the Melville Peninsula (visible on the left) and the large Baffin Island (visible stretching from top left corner across top of image down to lower right corner), Foxe Basin connects with Hudson Bay (not visible but located to the south) and Hudson Strait (located beneath Baffin Island) via the 320-km long Foxe Channel. Baffin Island covers an area of some 507 451 sq km, making it the largest island in Canada and the fifth largest in the world.

The Basin is named after Luke Foxe, who explored the area in the seventeenth century in the hope of finding a Northwest Passage across North America. Because of its shallow and typically icebound waters, it does not form part of the passage.

This image was acquired by Envisat's Medium Resolution Imaging Spectrometer (MERIS) instrument on 23 September 2007, working in Full Resolution mode to provide a spatial resolution of 300 metres.