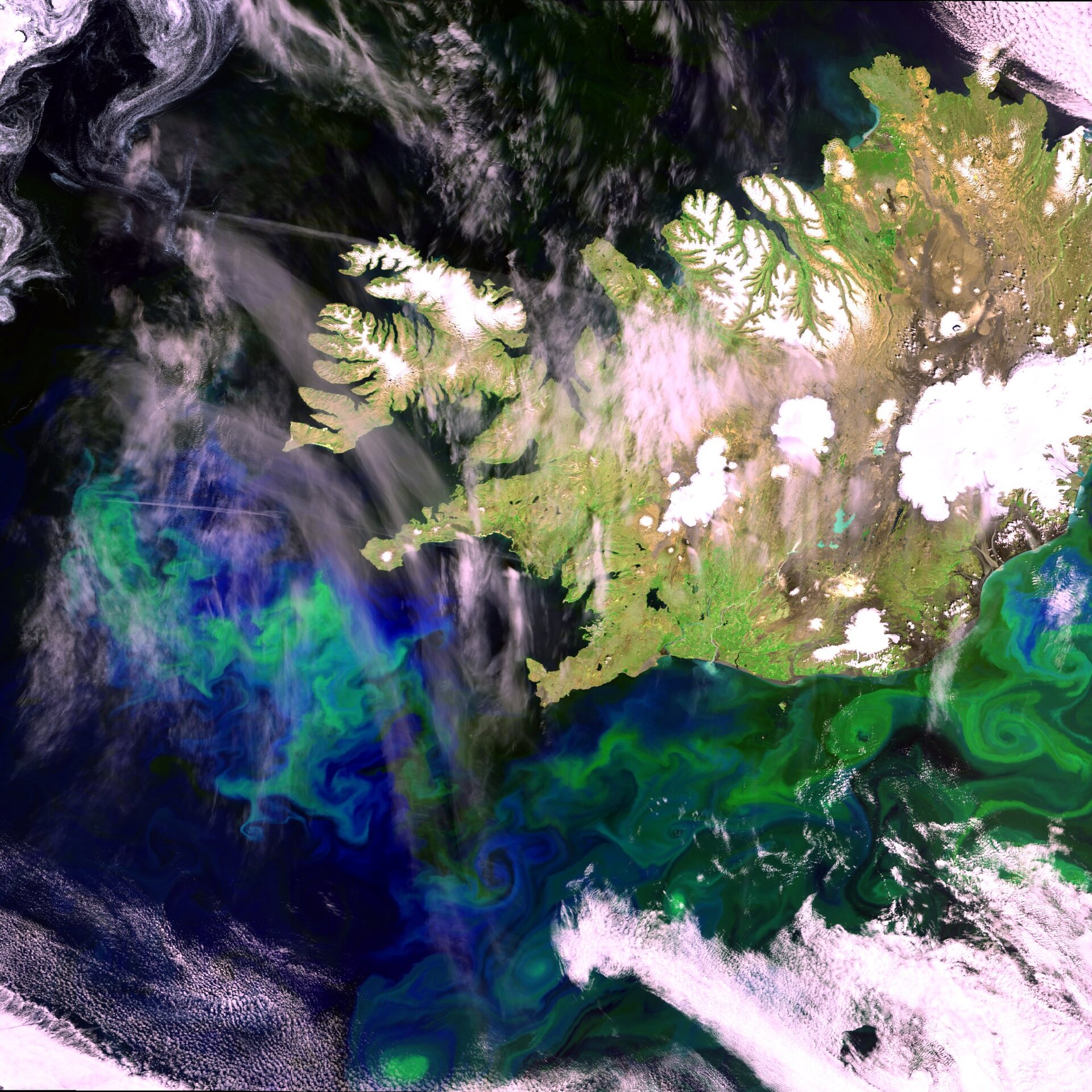 Sparse tundra vegetation alternates with glaciers and permanent snow on the island of Iceland, but life thrives offshore, as seen in this Envisat image.

Iceland is the westernmost European nation, and has more land covered by glaciers than the whole of continental Europe. The large white areas across the mainland are glaciers, the largest being the Vatnajokull glacier to the east of the image.

Located on the western coast is Reykjavik, the country's capital. With a population of more than 100,000, it is a major port and the country's largest commercial centre.

The most intriguing feature in the image is seen off the south and western coasts, with the large blue-green areas in the sea. These are caused by a very large concentration of phytoplankton. These small organisms form the basis of the ocean's food chain and have an essential role in the global ecosystem.

Although individually minute, the total biomass of phytoplankton is probably greater than that of all marine animals put together. Phytoplankton forms the basis of the marine food web – it is sometimes known as 'grass of the sea' – and its obvious heavy presence offshore helps account for Iceland's rich fisheries.

This 21 June 2004 image was acquired by Envisat's Medium Resolution Imaging Spectrometer (MERIS) – an instrument optimised to detect ocean colour - working in full resolution mode with a resolution of 300 metres. The image covers 672 by 672 km.