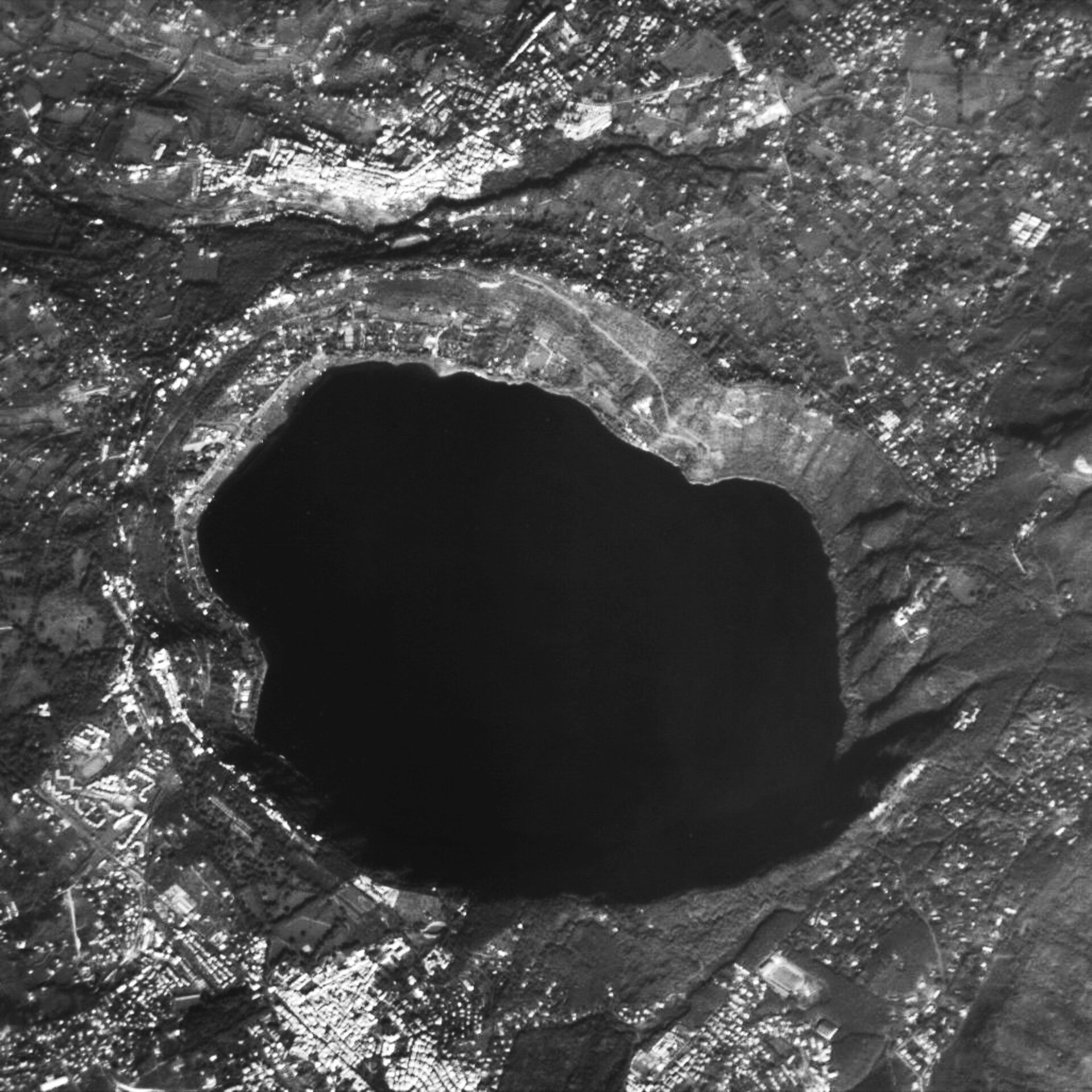 Lake or Lago Albano is a crater lake located in the Alban Hills around 24 kilometres southeast of Rome, shown here by ESA's Proba satellite.

The Lake has an area of 602 hectares, a perimeter of 10 kilometres and a maximum depth of 170 metres. The Alban Hills were originally a volcanic complex, and Lake Albano is formed out of the flooded remnants of two volcanic craters.

Lake Albano is a popular summer tourist site, with a beach located on its western shore. On the southern rim of the crater is located the small town of Castel Gandolfo, summer residence to the Pope and the home of the Vatican Observatory. At the base of the image is the town of Albano; while towards the image top is the settlement of Marino.

The Lake is fed by underground springs. Ancient chronicles recount that Lake Albano was once known to sometimes overspill the banks of its crater until an artificial outlet was built in the 4th century BC to keep its water level stable. This 1.5-km long underground tunnel remains functioning to this day.

This 14 December 2004 image was taken by Proba's High-Resolution Camera (HRC), which acquires black and white 25-km square images to a resolution of five metres.