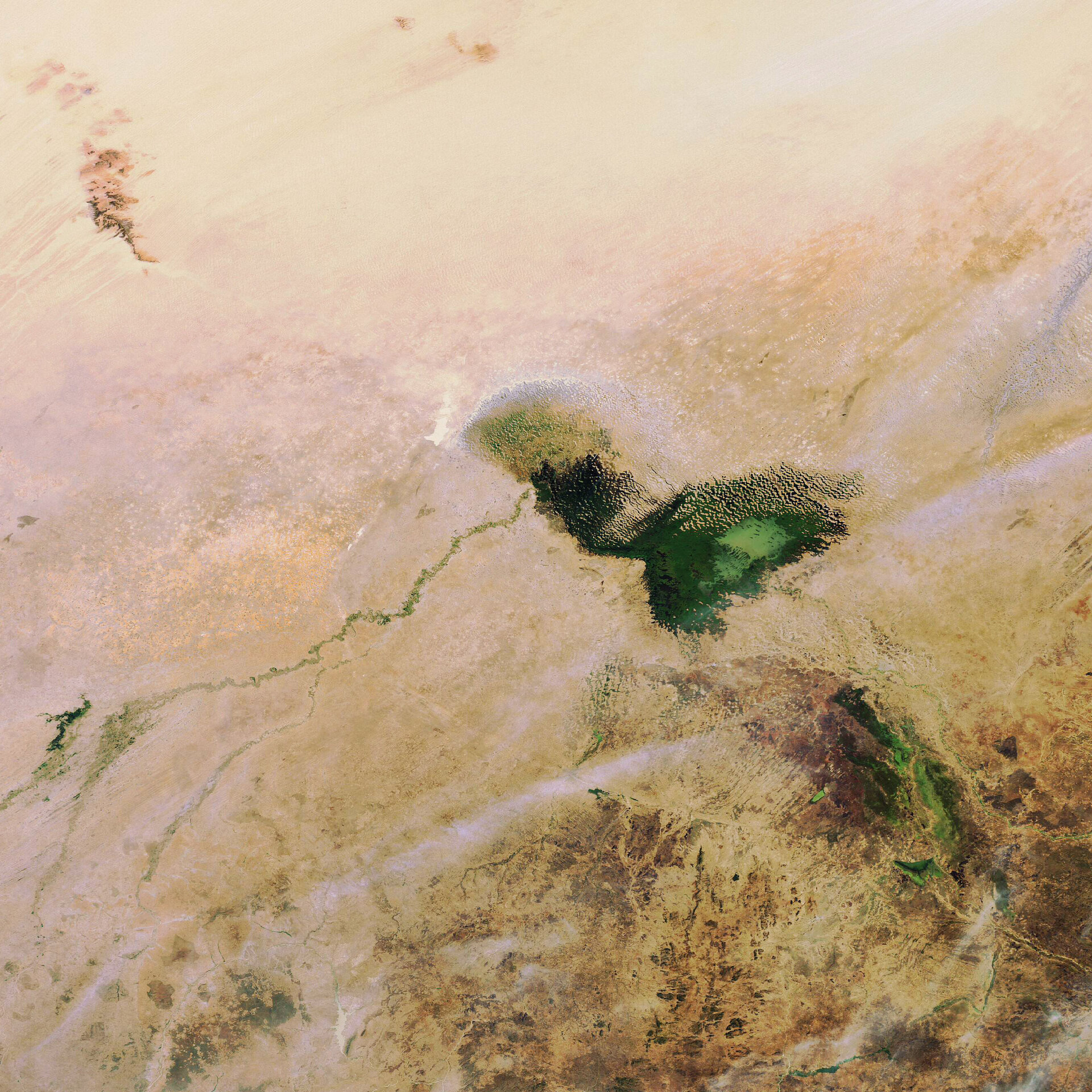 This Envisat image highlights Lake Chad, a freshwater lake located in central Africa at the junction of Chad, Cameroon, Nigeria and Niger.

Lake Chad, once Africa’s third largest inland water body, is located in West Africa’s Sahel region – a transition zone between the Sahara Desert to the north and savannas and woodlands to the south.

Because the lake is shallow, between 1 m in the northwest and 7 m in the south, it has always undergone seasonal fluctuations. However, it has shrunk dramatically over the last four decades due to a decrease in rainfall and an increase in the amount of water used for irrigation projects. Lake Chad’s surface area was 25 000 sq km in the early 1960s, compared with 1350 sq km in 2001.

Lake Chad is fed primarily by the Chari and Logone Rivers, which are both located in the southwest and flow northward into the lake, which doubles in size during the rainy season.

This 19 December 2007 image was acquired by the Medium Resolution Imaging Spectrometer (MERIS) instrument on Envisat, working in Full Resolution mode.