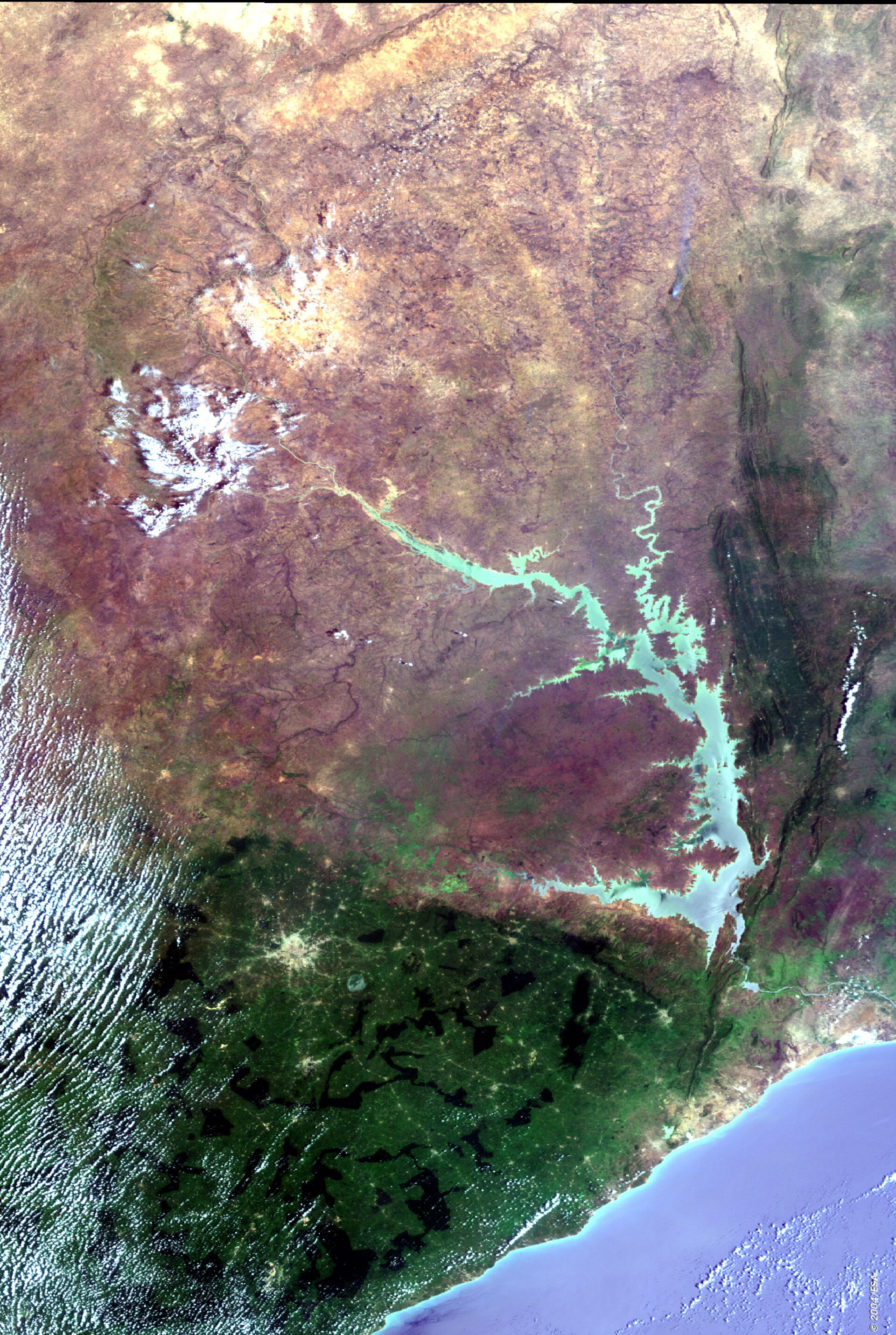 This is one of the largest artificial bodies of water in the world, as seen by ESA's Envisat from 800 kilometres away in space.

Lake Volta dominates the territory of the West African state of Ghana. Formed by the construction of the Akosombo Dam over the River Volta in the mid-1960s, it has an area of 8 482 sq km. Lake Volta is used to generate electricity and provide inland transportation, and its waters are also used for irrigation and fishing.

The image clearly illustrates the divide between the verdantly forested ''Ashanti' region in the southeast of the country and the sparser lowland savannah and plains to the north.

Towards the top of the plateau can be seen road networks leading to and from the settlement of Kumasi, Ghana's second city with a population of two thirds of a million. Southeast of Kumasi is the circular Lake Bosumtwi, a flooded meteorite crater - in fact one of only 18 confirmed African impact craters.

On the coast of the Gulf of Guinea, south of Lake Volta, is located the sprawling capital Accra, Ghana's largest city with approximately 1.6 million inhabitants.

This 12 February 2003 image was acquired by the Medium Resolution Imaging Spectrometer (MERIS) instrument on Envisat, working in Full Resolution mode. The image has a resolution of 300 metres and covers 450 km by 670 km.