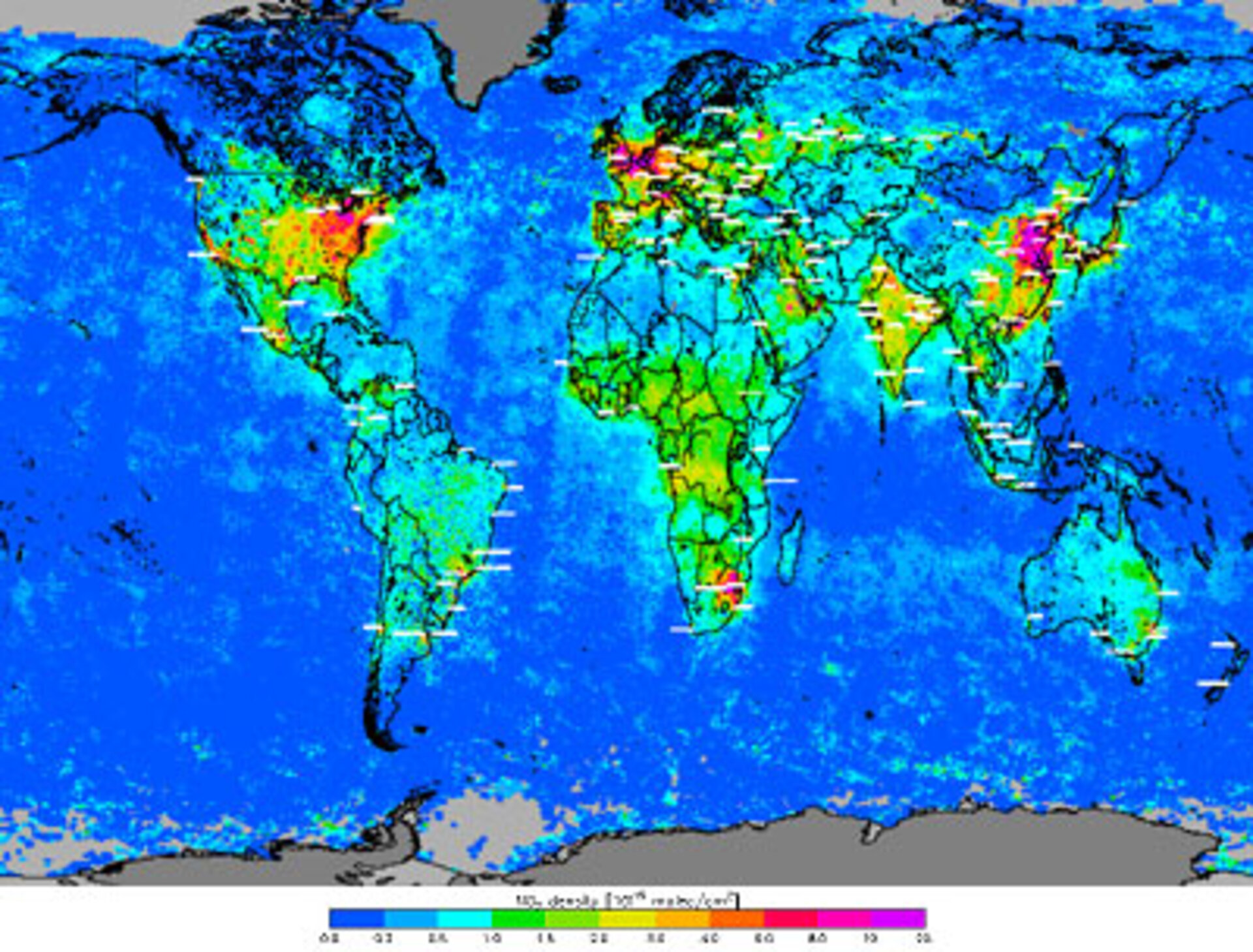 One participant at the Envisat Symposium termed it “building the future” – Europe’s plan to assemble an information system integrating all available space and ground-based data sources to know the world in unprecedented detail, supporting policy makers, improving environmental management and bringing tangible benefits to people’s lives.

Simply in terms of its ambition, the joint ESA and European Commission (EC) initiative known as Global Monitoring for Environment and Security (GMES) might sound like the stuff of science fiction. However, as Envisat symposium participants learned at a special session on Tuesday, the first elements of GMES are already a reality, and providing operational services to users worldwide.

European firefighters base their preventative activities on forest fire risk maps based on data from space, as governments and organisations concerned with food security can rely on early warning of famine from a systematic satellite survey of Sub-Saharan Africa. At the same time, a space-based inventory of carbon-rich forests provides support for the Kyoto Protocol.

All these activities are part of ESA’s initial contribution to GMES – a suite of 12 service portfolios known as the GMES Services Element (GSE), all related to public policy needs and linked to public institutions with an operational mandate. The wide-area view granted by Envisat and other Earth Observation satellites represents a crucial capability for GMES, but it relies on integrating data from many sources and multi-disciplinary fields.

GMES is being enlarged on a modular basis, the session heard, and scientific research represents the source of services to come.

“We’re trying to build the future with GMES, and it requires strong links with the research community,” said Marco Malacarne of the EC’s GMES Unit. “Together with ESA we have set up the GMES Programme Office and also the GMES Advisory Council, which includes representatives of all ESA and European Union member states. Also in attendance are other stakeholders such as industry, service providers and research organisations.”

Achache explained that Envisat and GMES share common principles: “Envisat gathers simultaneous observations about the oceans, ice, atmosphere and land surface processes, basically monitoring the Earth as a system. European researchers are taking the lead in Earth science modelling and data assimilation, with Envisat as the tool that helps make it possible.

“ESA and the EC’s GMES activities are taking that same broad Earth science view, emphasizing data assimilation of multiple observations with scientific models as a means of carrying out forecasts and assessments in support of improved decision making.”

ESA’s Mark Doherty said he regarded the day as an opportunity for researchers to learn what GMES was about and orient their activities accordingly: “While on the other side, service providers can learn about new scientific discoveries that have the potential to be taken out of the laboratory and turned into operational services with real world benefits.”

As an example of how data assimilation works in practice, Doherty gave the example of satellite detection of an oil spill – revisit times would be too low to allow tracking of the spill, but combining it with wind and wave Earth Observation and meteorological data enables a reliable forecast of its drift to be acted on.

Mark Hollingsworth of the European Centre for Medium-Range Weather Forecasts (ECMWF) discussed atmospheric data assimilation, revealing how the technique will be used to build an operational monitoring capability for monitoring and forecasting greenhouse gases, reactive gases such as ozone-destroying chlorine and also aerosols.

On a global scale these data products will be used to monitor long-range atmospheric transport of air pollutants, while improved regional forecasts will be used by air-quality authorities in cities across Europe.

Other speakers touched upon the research required to support GMES objectives, such as improved modeling tools and data fusion techniques. Jean-Louis Fellous of IFREMER stressed that research plays multiple roles: “It is a means of defining services and user requirements, and also of making continuous service improvements, validating operational products and services, and research in itself represents a significant user activity.”

In the afternoon, discussion moved on to case studies of how scientific applications have been turned into successful services in practice, concentrating on ESA’s Data User Element which has a focus on addressing and fulfilling the needs of particular user groups, as well as the Earth Observation Market Development (EOMD) which addresses building supply capacity.

Tuesday was a busy second day in the week-long Envisat Symposium, with the total number of those attending having officially gone through the thousand barrier, to a total of 1148 participants.

Six parallel sessions took place during the day, with a particular focus on the performance of multiple Envisat instruments and the quality of their data products, including the Advanced Synthetic Aperture Radar (ASAR), the Medium Resolution Imaging Spectrometer (MERIS), the Advanced Along Track Scanning Radiometer (AATSR) and the Radar Altimeter-2 (RA-2).

Also discussed was the excellent orbital performance of the Envisat spacecraft to date - with a current pointing error reported by European Space Operations Centre (ESOC) of less than 0.010 degrees.

At the same time came overviews of results from Envisat’s trio of atmospheric instruments, along with work on coastal studies, employing MERIS results for purposes such as identifying pollution or biological content of coastal waters.

The day concluded with a round table on ESA’s TIGER programme, dedicated to applying Earth Observation to the problem of water management in Africa. Several ESA-run TIGER projects are already well advanced, including one devoted to locating underground water aquifers in arid northwest Africa, and ten different African states have responded to the TIGER announcement of opportunity.