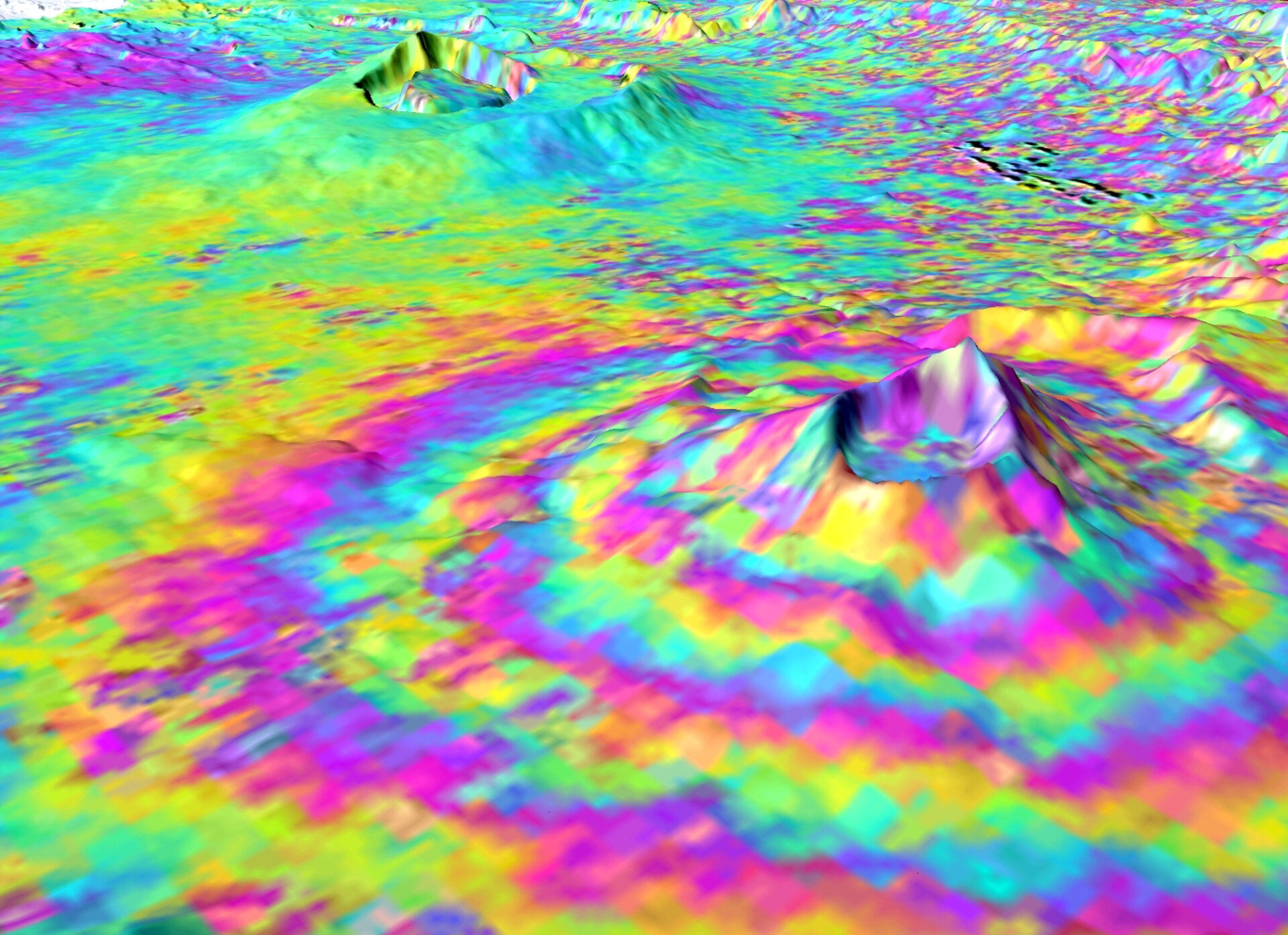 This Envisat Advanced Synthetic Aperture Radar interferogram over the Kenyan section of the Great Rift Valley shows small surface displacements that are not visible to the naked eye of the Longonot (front right). In the background is Suswa volcano, which was not deforming at this time.

A group of scientists employed the technique known as SAR Interferometry (InSAR) – a sophisticated version of 'spot the difference' – on over a decade worth of radar images from ESA’s Envisat and ERS satellites to study volcanic activity in the Great Rift Valley, which extends through Africa from Mozambique to Djibouti.

Using InSAR has allowed the group, headed by Dr. Juliet Biggs, to detect the smallest (<1 cm) of surface displacements at a very high resolution and ascertain signs of activity in six volcanoes in Kenya and Ethiopia.

The proximity of these volcanoes to a major metropolitan area poses a challenge in terms of a large eruption; several are located close to the capital cities Nairobi and Addis Ababa.

The study also provides insight as to the geothermal potential of the region. Both countries are actively building geothermal plants to generate a renewable, environmentally-friendly form of energy.

InSAR involves combining two or more radar images of the same ground location in such a way that very precise measurements – down to a scale of a few millimetres – can be made of any ground motion taking place between image acquisitions.

Interferogram images appear as rainbow-coloured interference patterns. A complete set of coloured bands, called 'fringes', represents ground movement relative to the spacecraft of half a wavelength, which is 2.8 cm in the case of Envisat's ASAR.

Dr Biggs is part of ESA’s post-doc student network. ESA is funding a two-year project at the University of Oxford for her to map the pattern of volcanic activity and active faulting along the entire East African Rift.