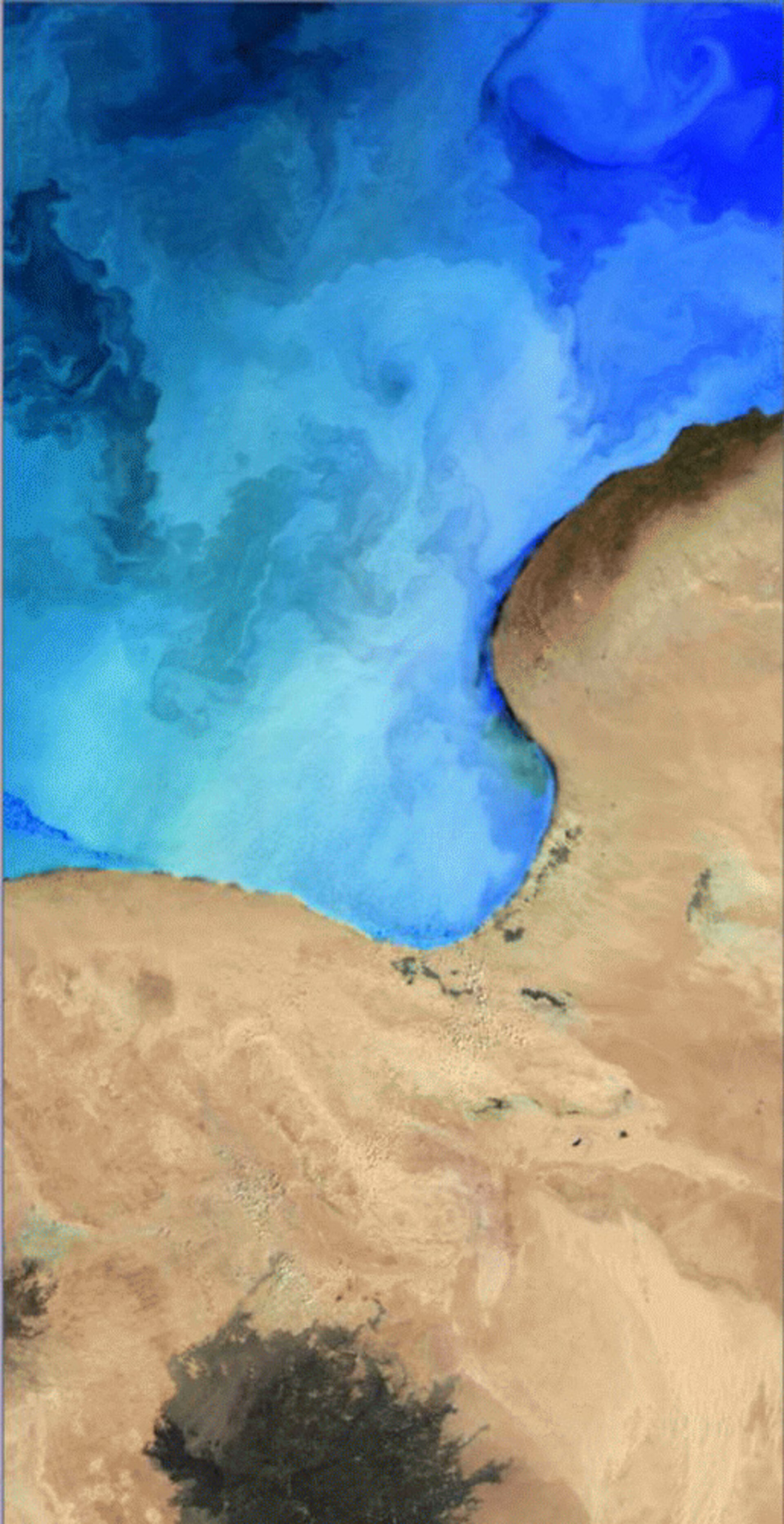 This image acquired by Envisat's Advanced Along Track Scanning Radiometer (AATSR) instrument dramatically illustrates the complexity of the thermal currents at play in the Southern Mediterranean off the coast of Northern Libya.

AATSR is equipped with thermal infrared channels to measure land and sea surface temperatures, accurate to a fraction of a degree. This image was created using AATSR thermal sensors over the sea and reflectance sensors over land.

The top two metres of the ocean alone contain more energy than the entire atmosphere, and so this long, continuous time-series of SST data is important for predicting the magnitude of climate change.

AATSR also delivers land-based images, and is especially sensitive to soil moisture, vegetation extent and anomalous heat sources such as volcanoes or the central cores of forest fires.

This AATSR image was acquired on 18 September 2007.