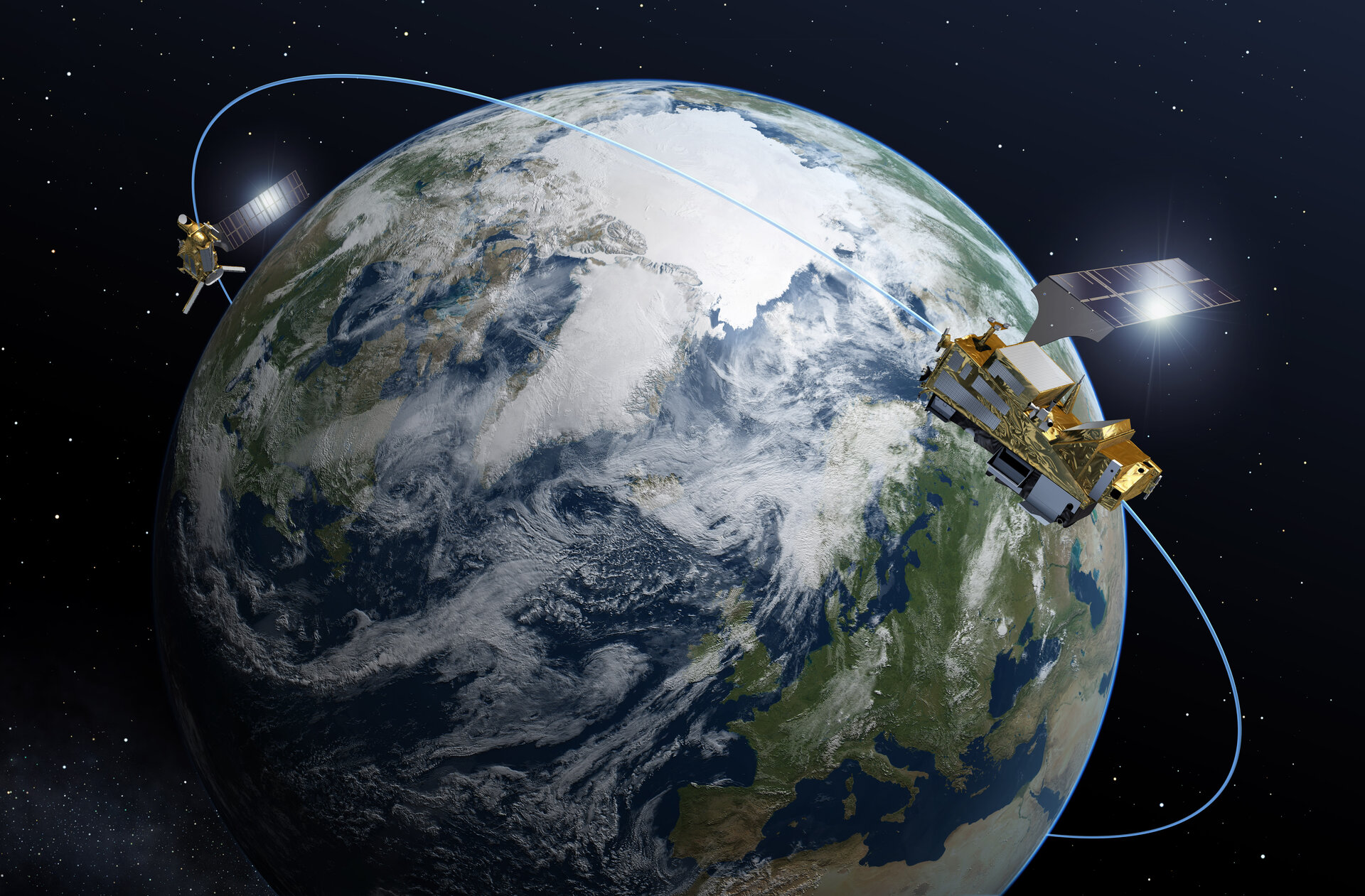 Contracts were signed today to build three pairs of MetOp Second Generation satellites, ensuring the continuity of essential information for global weather forecasting and climate monitoring for decades to come.

MetOp-SG is a cooperative undertaking between ESA and Eumetsat, the European Organisation for the Exploitation of Meteorological Satellites.

Comprising six satellites in total, the mission is based on a pair of satellites that carry different packages to deliver complementary meteorological information.

The A series of satellites will be equipped with atmospheric sounders as well as optical and infrared imagers, while the B series focuses on microwave sensors.

Following the first documents that were signed at the Berlin Air Show earlier this year, the full contracts to build the six MetOp-SG satellites were signed today by ESA and Airbus Defence and Space.

The ceremony at ESA headquarters in Paris, France, was attended by Geneviève Fioraso, the French Minister for Higher Education and Research, and the Director-General of Eumetsat, Alain Ratier.

Although the different satellites will be developed and built in Toulouse, France and Friedrichshafen, Germany, respectively, a large industrial consortium of many European companies will be involved under the leadership of Airbus Defence and Space.

Volker Liebig, ESA’s Director of Earth Observation Programmes, said, “These contracts mark a very important milestone in maintaining Europe’s leading edge in the development of meteorological systems, and for the provision of weather forecasting and monitoring services.

“The MetOp-SG satellites will continue and enhance essential observations from polar orbit that are needed for numerical weather prediction.”

Alain Ratier remarked, “The signature of the MetOp-SG contracts is a new landmark in our highly successful cooperation with ESA.

“The MetOp-SG satellites will improve all the observations of the first MetOp generation and, in addition, will observe precipitation and cirrus clouds. This will further improve weather forecasting and climate monitoring from space in Europe and worldwide.”

MetOp-SG takes the highly successful cooperation with ESA into the next decades. The satellites constitute a true milestone for an innovative system that will yield benefits from 2022 onwards to further improve forecasting.”

As with the first generation, the satellites will provide users with crucial information on atmospheric temperature and water profiles, cloud detection and analysis, and sea-surface temperature and winds, extending to aerosols, trace gases and air quality.

In addition, the A series will carry the Copernicus Sentinel-5 instrument on behalf of the European Commission. Sentinel-5 includes five ‘spectrometers’ from the ultraviolet to the shortwave infrared, to monitor atmospheric composition and support the forecasting of air quality.

The MetOp-SG satellites will orbit Earth at an average altitude of 831 km in a polar orbit to provide global coverage.