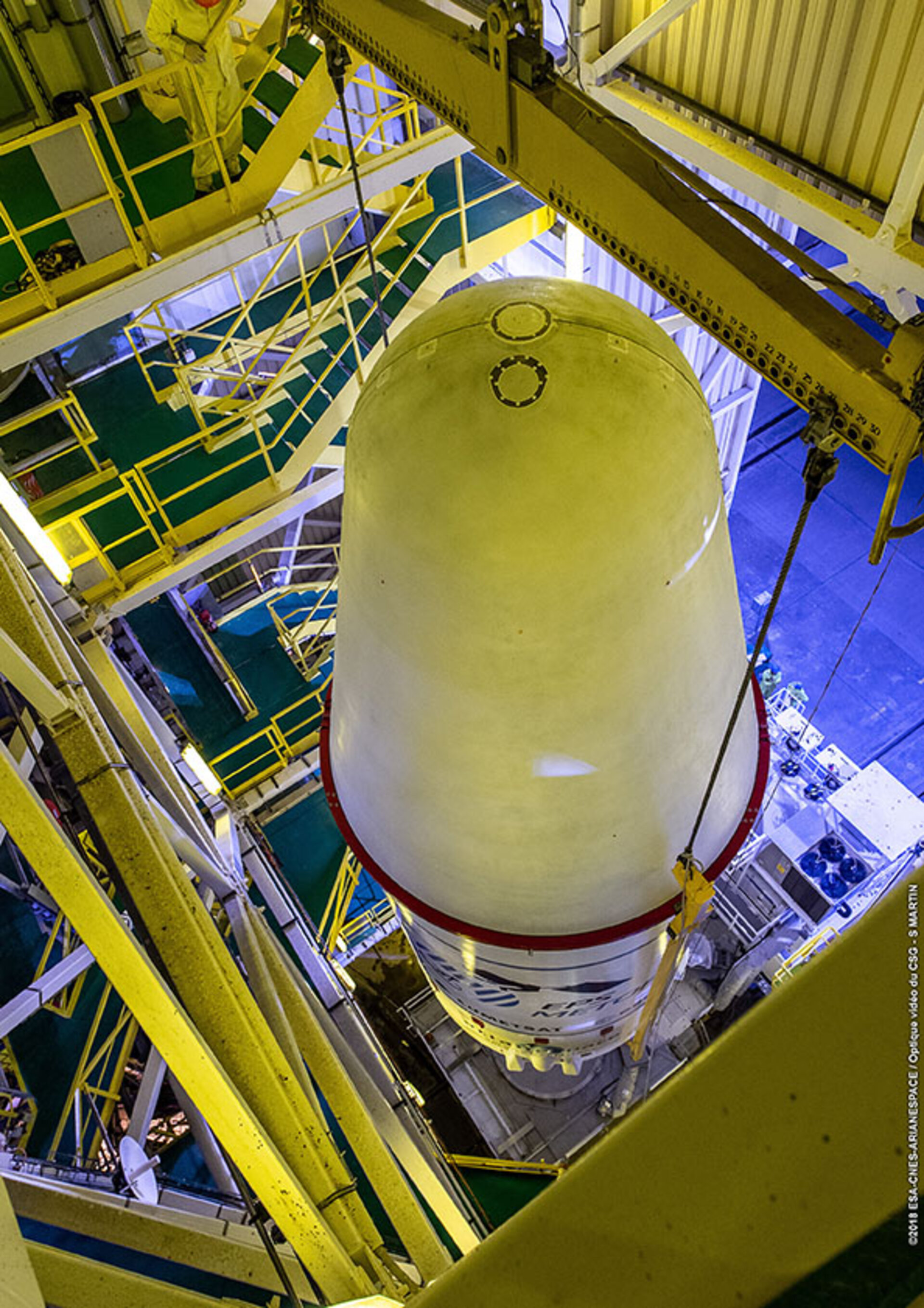 With liftoff set for 7 November, the latest MetOp weather satellite has been rolled out to the launch pad and positioned on the Soyuz rocket for its ride into space from French Guiana.

MetOp-C is the last in the current series of MetOp satellites, following on from MetOp-A and MetOp-B, which were launched in 2006 and 2012, respectively.

Launching the satellites sequentially ensures continuous observations of a host of atmospheric variables such as temperature, humidity, trace gases, ozone, and wind speed over the ocean.

These data are used mainly for numerical weather prediction – the basis for weather forecasting. Recent studies show that MetOp-A and MetOp-B have already reduced errors in one-day forecasts by as much as 27%. 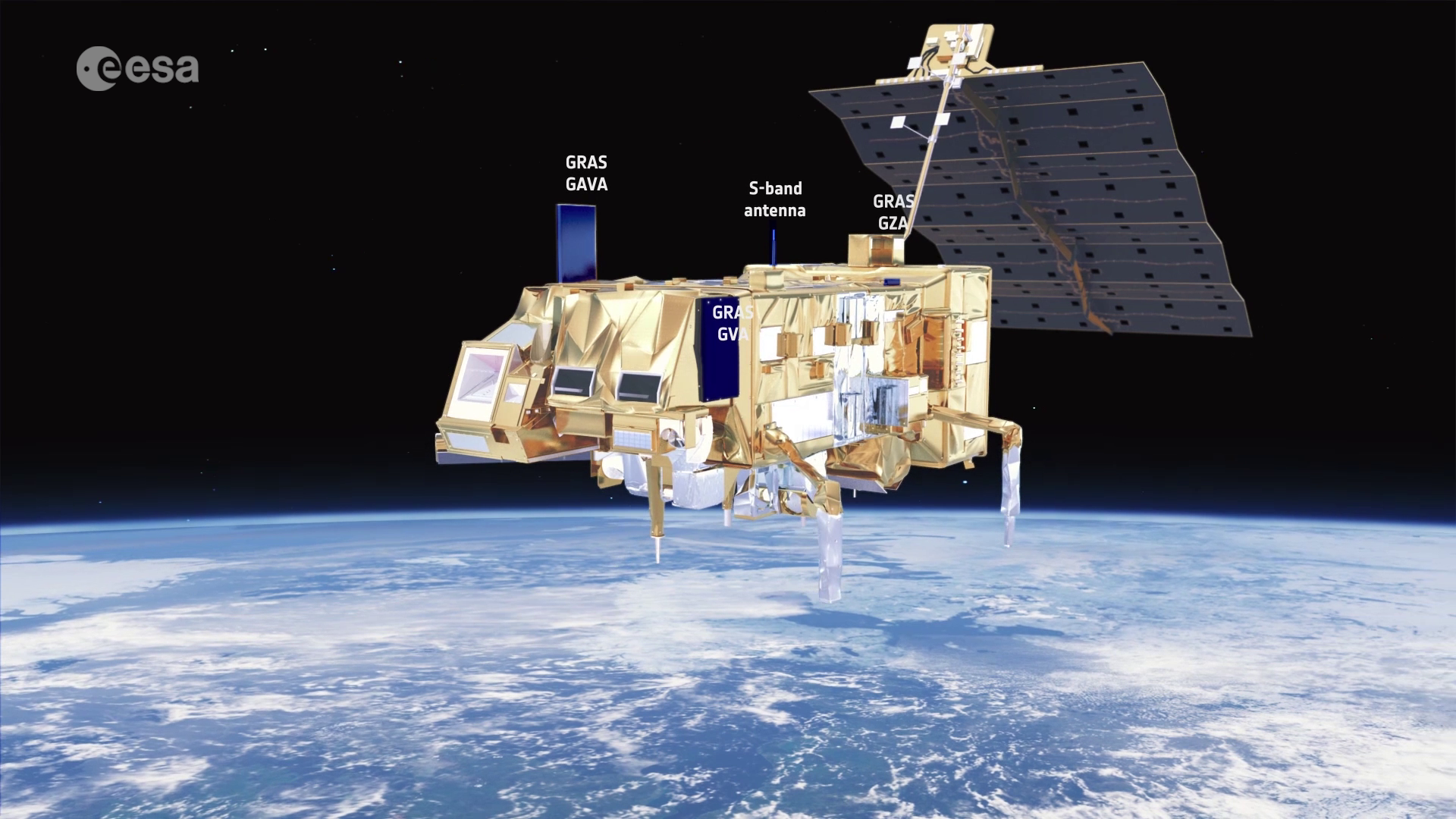 The satellites have all been developed by ESA under a cooperation agreement with EUMETSAT for the space segment of the EUMETSAT Polar System. This is also Europe’s contribution to a multi-satellite system shared with the US NOAA agency.

While it was envisaged that each successive satellite would take over from its predecessor, their extraordinary quality means that MetOp-A and MetOp-B are still going strong.

Once MetOp-C has been launched and commissioned for service, EUMETSAT will have three satellites in the same orbit, equally spaced by 120°. This will benefit weather forecasting even more.

MetOp-C has been at Europe’s Spaceport in Kourou for a few months being carefully prepared for liftoff and its life in space.

ESA’s MetOp-C Project Manager, Stéfane Carlier, said, “MetOp is a large satellite carrying an array of instruments. Teams from ESA, EUMETSAT, Airbus Defence and Space and instruments suppliers have been working hard to get to this point.

“We had to say good-bye when the satellite was sealed in the Soyuz fairing and rolled out to the launch pad.

“While it is mainly in the hands of Arianespace for launch, ESA will still be playing a role in its big day, particularly through our teams here in Kourou for the countdown and teams at our operations centre in Germany who are responsible for the mission’s first critical days in orbit.

“Ownership of MetOp-C will be transferred to EUMETSAT after liftoff.”