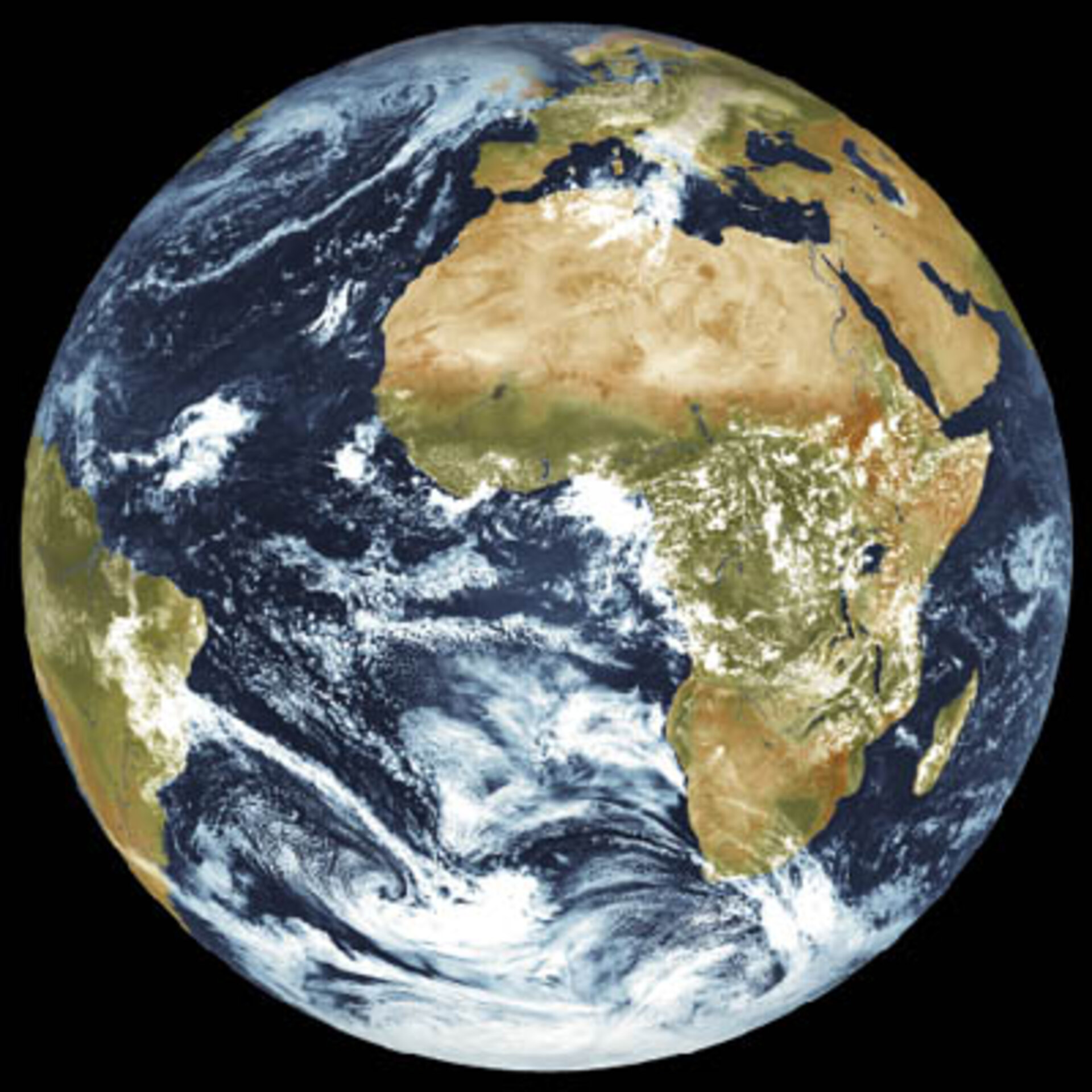 The MSG satellites are operated as a two-satellite system providing both full disc imagery for Europe, Africa and parts of the Atlantic and Indian Ocean every 15 minutes and rapid scan imagery over Europe every five minutes.

MSG monitors a quarter of the Earth and its atmosphere from a fixed position in geostationary orbit at 0º longitude, 35 800 km above the Gulf of Guinea off the west coast of equatorial Africa.

The satellites transmit raw data from the SEVIRI and GERB instruments to the Eumetsat control and processing centre in Darmstadt, Germany, via its primary ground control station in Usingen. GERB data are forwarded to the Rutherford Appleton Laboratory near Oxford, UK, for processing.

Eumetsat, with support from other satellite applications facilities throughout Europe, extracts information from the processed SEVIRI data and turns it into 'products' of particular use to meteorologists and climatologists, such as wind field diagrams, maps of upper tropospheric humidity and analyses of cloud shape and height.

These products and processed images are distributed to the users via the dedicated EUMETCast Direct Video Broadcast (DVB) service. In addition the MSG series includes a backup communication system that can be used to distribute products and images to users across the satellite's footprint.
On MSG-1 this system was put out of action by a faulty amplifier, this fault being corrected on the subsequent MSGs.

MSGs also carry a transponder to detect and relay distress signals from ships and aircraft transmitted by distress beacons to an international rescue network.