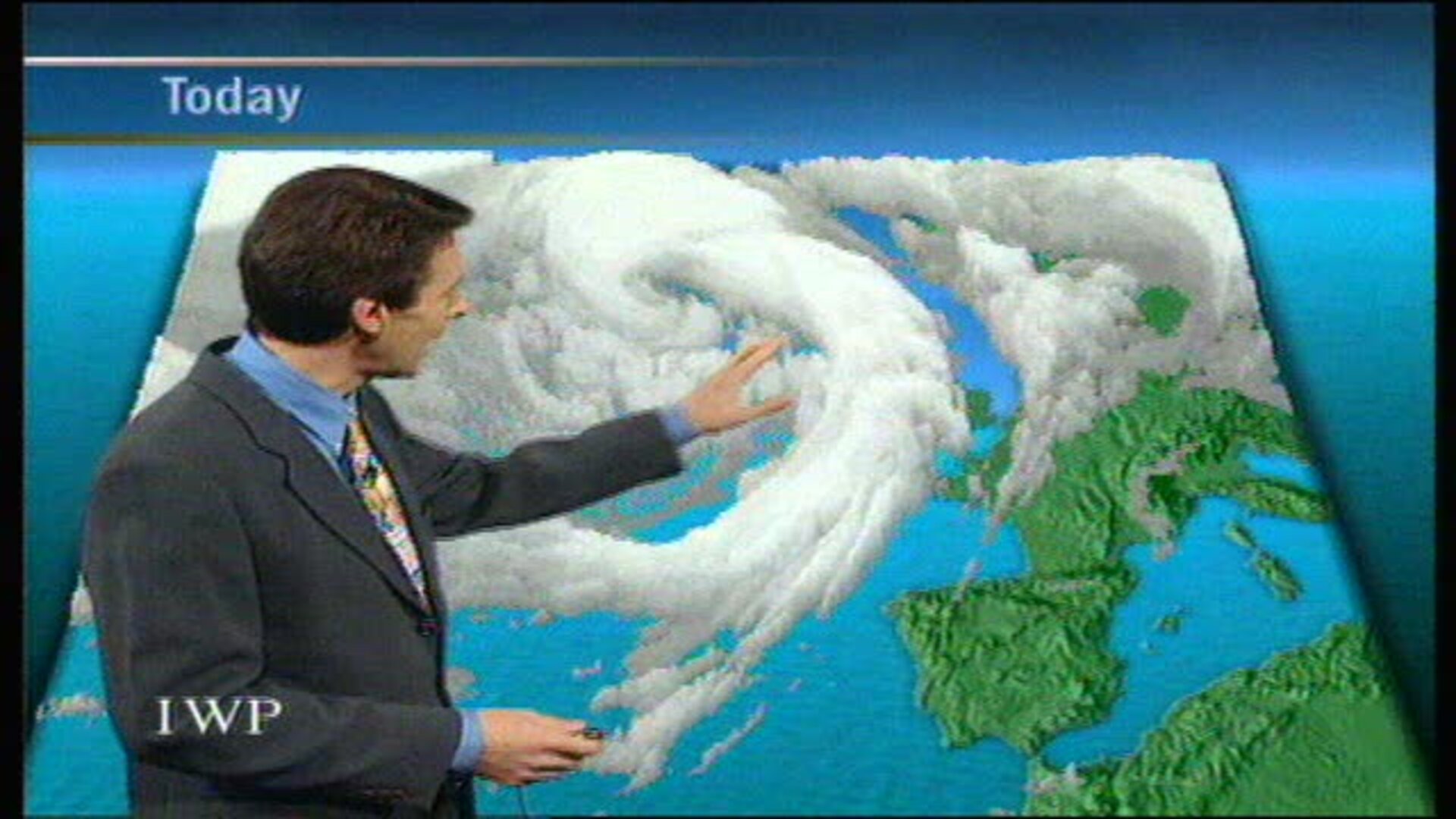 Today, as throughout history, many aspects of our lives are dominated by the weather – our well-being and prosperity relies on it. The economic and social benefits of accurate weather forecasts are immense and include improved efficiencies in agricultural systems, optimised planning of transportation and energy, as well as ensuring our safety.

Since the launch of the first Meteosat on 23 November 1977, 30 years of imagery combined with increasing computer power have given meteorologists the tools to significantly improve weather forecasting, with direct benefits for us. The weather-pattern images provided by the Meteosat series of satellites from their geostationary position above the Greenwich Meridian, together with meteorological products, such as wind vectors, derived from satellite data, gradually became familiar to meteorologists, who started to exploit them in their daily work.

The art of weather forecasting began with early civilisations using reoccurring astronomical and meteorological events to help them monitor seasonal changes in the weather. Thirty years ago, before satellite and computer support, weather forecasts were limited to about 24 hours and to areas a few hundred kilometres across. Meteorologists used barometric charts and other information obtained from the sparse network of surface and upper air observations to make an ‘educated guess’ based upon crude approximations, knowledge of atmospheric processes and experience. Only with the advent of satellite meteorology in the early 1970s was it possible to significantly increase forecast accuracy and to extend forecasting to 72 or more hours ahead and to large geographical areas.

Numerical weather prediction is improving with data from operational satellites like Meteosat Second Generation (MSG). Today, thousands of daily measurements are the basis for numerical forecasts making use of the world’s most powerful computers. But these forecasts still require ‘fine-tuning’ by meteorologists, a task for which data from operational satellites such as Meteosat are crucial as they provide a real-time image of weather systems, in particular the position of weather fronts and the rapid development of local thunderstorms.

Satellites allow us to monitor large areas of the globe, compensating for gaps in the terrestrial meteorology data-gathering network. Weather stations and buoys cannot cover all the broad expanse of empty ocean where two thirds of all the precipitation falling on land originates. By contrast the wide-area view provided by satellites can frame an entire weather system in a single optical or infrared image.

Additional space-based instruments routinely provide measurements of climate-related variables such as water vapour and ozone concentrations in the atmosphere plus air and sea surface temperatures. A radar-based instrument called a scatterometer uses reflected radar pulses to 'see' wind speed and direction across the sea surface.

Construction: bad weather has a direct impact on many types of civil construction work. Moreover, certain critical operations such as pouring concrete require fair weather conditions over a guaranteed period of time. By using weather forecasts to plan the use of resources more carefully and to schedule critical operations, construction companies can substantially reduce their costs. The cash value of Meteosat’s contribution to weather forecasting amounts to about €40 million a year.

Transport: All types of transport - land, air and maritime - are obviously in some way dependent on the weather. Timely knowledge of impending bad weather enables roads to be cleared of ice and snow, reducing accidents and loss of life while minimising environmental damage caused by salt and de-icing chemicals. Long distance routes for aircraft and ships are now adjusted in real-time as weather fronts develop.

In Europe, where aircraft must stay within narrow air corridors, knowledge of wind speed and direction allows efficient fuelling. North Sea helicopters and supply vessels can optimise their scheduling to avoid the worst weather conditions and reduce the risk of aborted missions. The cash value of Meteosat’s contribution in the transport sector amounts to more than €30 million a year, reflecting reduced insurance claims and fuel bills.

Energy production: weather forecasts play an important role for gas and electricity companies in establishing forward demand. As the pressure in gas pipelines has to be increased in anticipation of increasing demand, precise assessments minimise the need to liquefy and store unused gas. Power stations update their forward planning at half-hourly intervals taking into account weather forecasts. Experts estimate that today’s power generation capacity would have to be increased by 2 to 3% if there were no weather forecasts. The cash value of Meteosat’s contribution is worth €11 million in reduced provision of capacity by energy utilities.

Finally, there are benefits resulting from Meteosat which are not measurable: the saving of lives due to early warning of extreme weather conditions. And the 'value' of public weather forecasts in television, radio and newspapers and on the Internet. Today this service allows us to plan our lives with more accuracy: skiing, sailing, walking, cycling, climbing, outdoor games, domestic gardeners, decorators and holiday makers – and, best of all, it’s free!