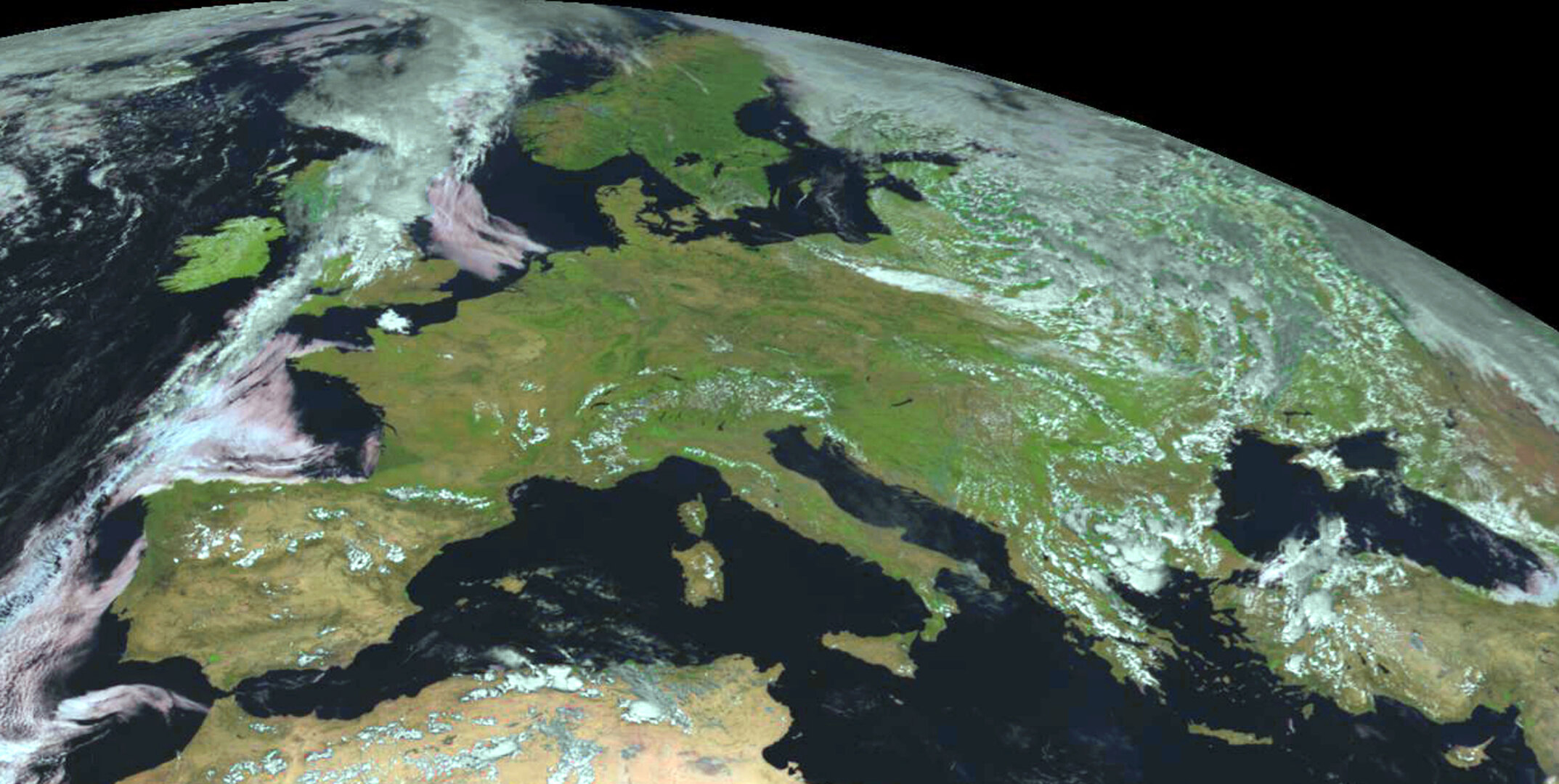 The Meteosat Second Generation (MSG) satellites are operated as a two-satellite system returning detailed imagery of Europe, Africa and parts of the Atlantic and Indian Ocean every 15 minutes, for operational use by meteorologists.

The reason for duplication is simply to guarantee continuity of service in case of satellite failure. Weather satellites have become so crucial a part of our daily life that any long gap in service coverage has become inconceivable.

Launched on 28 August 2002, the first Meteosat Second Generation (MSG-1) satellite became operational on 29 January 2004, when it was redesignated Meteosat-8. The second MSG, Meteosat-9, was launched on 21 December 2005. The launch of a third MSG, Meteosat-10, was timed on 5 July 2012 for the smooth transition from the ageing Meteosat-8. The last satellite of the MSG series, MSG-4, was launched on 15 July 2015. After commissioning became Meteosat-11 and is being stored in orbit until it is needed.

They were all launched on an Ariane 5 from the same launch site - Kourou in French Guiana.

While retaining the drum-shaped design of their Meteosat predecessors, the new MSG spacecraft are two and a half times larger and have many extra imaging capabilities. Each one has a launch mass of two tonnes.

ESA was responsible for designing and developing the first MSG satellite, and for procuring the other three on behalf of Eumesat.

Meanwhile Eumetsat has responsibility for defining the payload based on user needs, procuring the ground segment and launchers, and operating the system.

European forecasters and researchers benefit from the advanced data and images provided by Meteosat series.

These advanced weather satellites provide key information and imagery for weather forecasting as well as other applications such as hydrology, agriculture, environmental studies as well as risk prevention and disaster warnings. The data collected are routinely used for the study of meteorology and climate change.