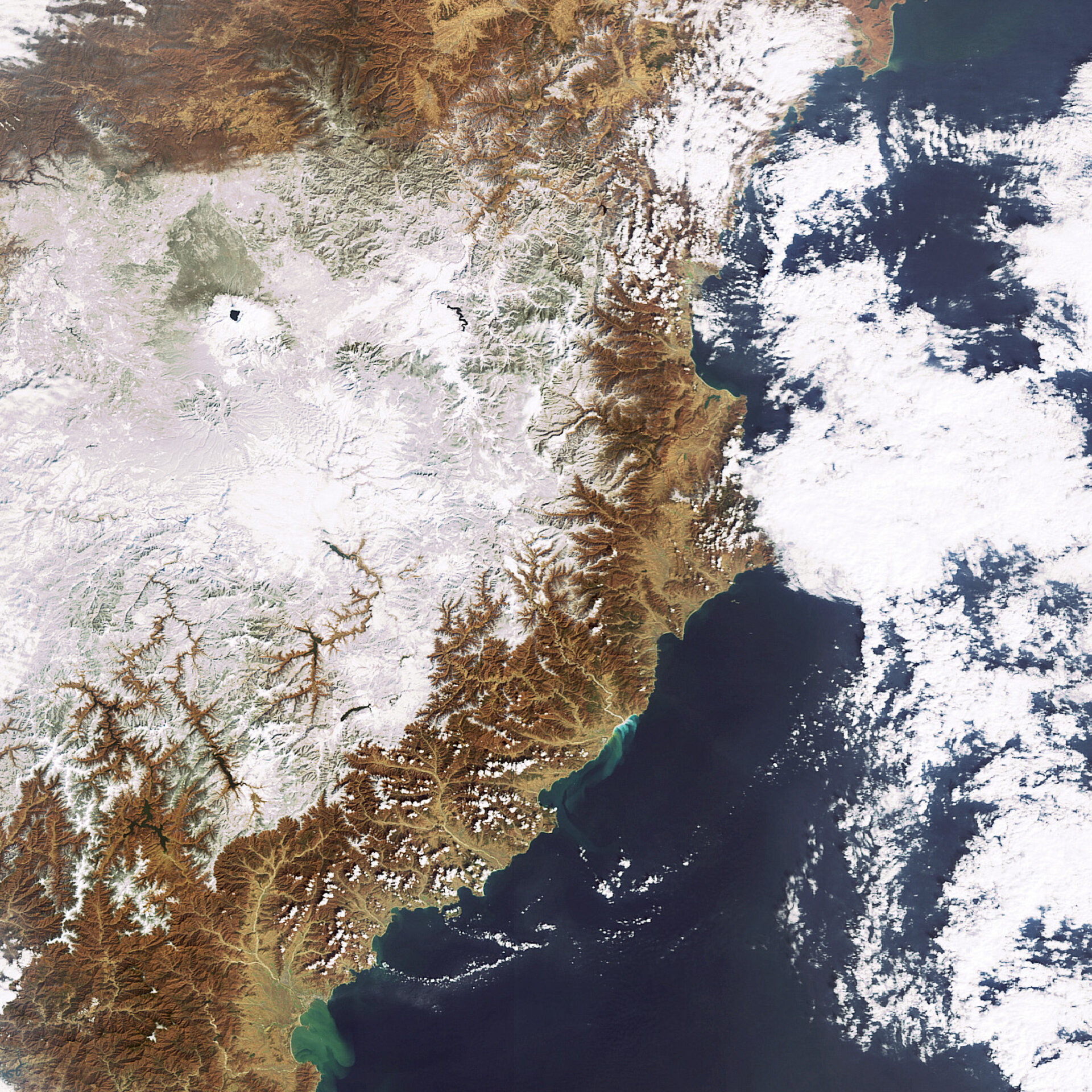 Heaven Lake has a circumference of 12 to 24 km and an average depth of 213 m. The lake is ice covered from mid-October to mid-June and is surrounded by some 16 peaks exceeding 2500 m. The mountain is the source of the Songhua, Tumen and Yalu rivers.

The 966-km long Korean Peninsula is located between the Sea of Japan (East Sea) to the east (visible) and the Yellow Sea to the west. The East Sea has a mean depth of 1752 m and a maximum depth of 3742 m.

This image was acquired by Envisat's Medium Resolution Imaging Spectrometer (MERIS) instrument on 30 October 2007, working in Full Resolution mode to provide a spatial resolution of 300 metres.