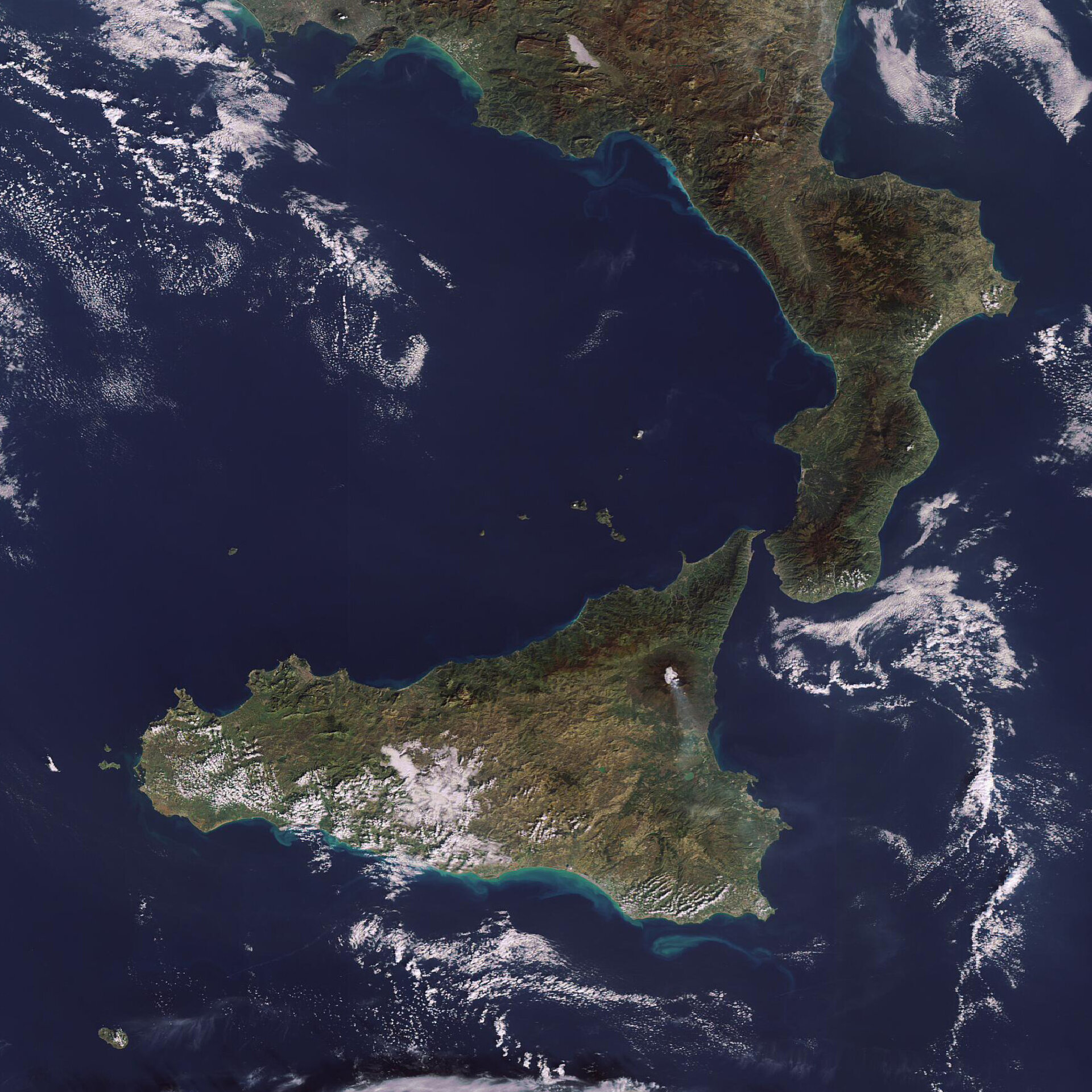 This Envisat image acquired on 25 November captures smoke spewing from Europe’s largest active volcano, Mt. Etna. The 3 350 metre-high volcano resumed eruptions in early September this year and entered its highly active phase on 5 November, according to the National Institute of Geophysics and Volcanic Studies.

Ash erupting from Mt. Etna, located in Sicily, Italy, forced local authorities to close the nearby Fontanarossa airport in eastern Sicily last weekend, but has caused no other reported disruptions or damage.

The Valle del Bove – a 5.5 x 7 km depression – is clearly seen in the image on the eastern side of the volcano. The most prominent morphological feature of Mt. Etna, the Valle del Bove was formed thousands of years ago as a result of a sector collapse on Etna’s eastern flank.

Mt. Etna eruptions date back to 1500 B.C. with some 200 eruptions recorded since then. Despite its frequent eruptions, Mt. Etna is not generally considered dangerous. The last time it posed a threat was in 1992 when the Italian military had to divert lava streams with controlled explosions to keep it from reaching some 7 000 inhabitants of the town of Zafferana, located on Etna’s lower slopes.

Satellite data can be used to detect the slight signs of change that may foretell an eruption. Once an eruption begins, optical and radar instruments can capture the various phenomena associated with it, including lava flows, mud slides, ground fissures and earthquakes. Atmospheric sensors onboard satellites can also identify the gases and aerosols released by the eruption, as well as quantify their wider environmental impact.

This image was acquired by Envisat’s Medium Resolution Imaging Spectrometer (MERIS) instrument while working in Full Resolution mode to provide a spatial resolution of 300 metres.