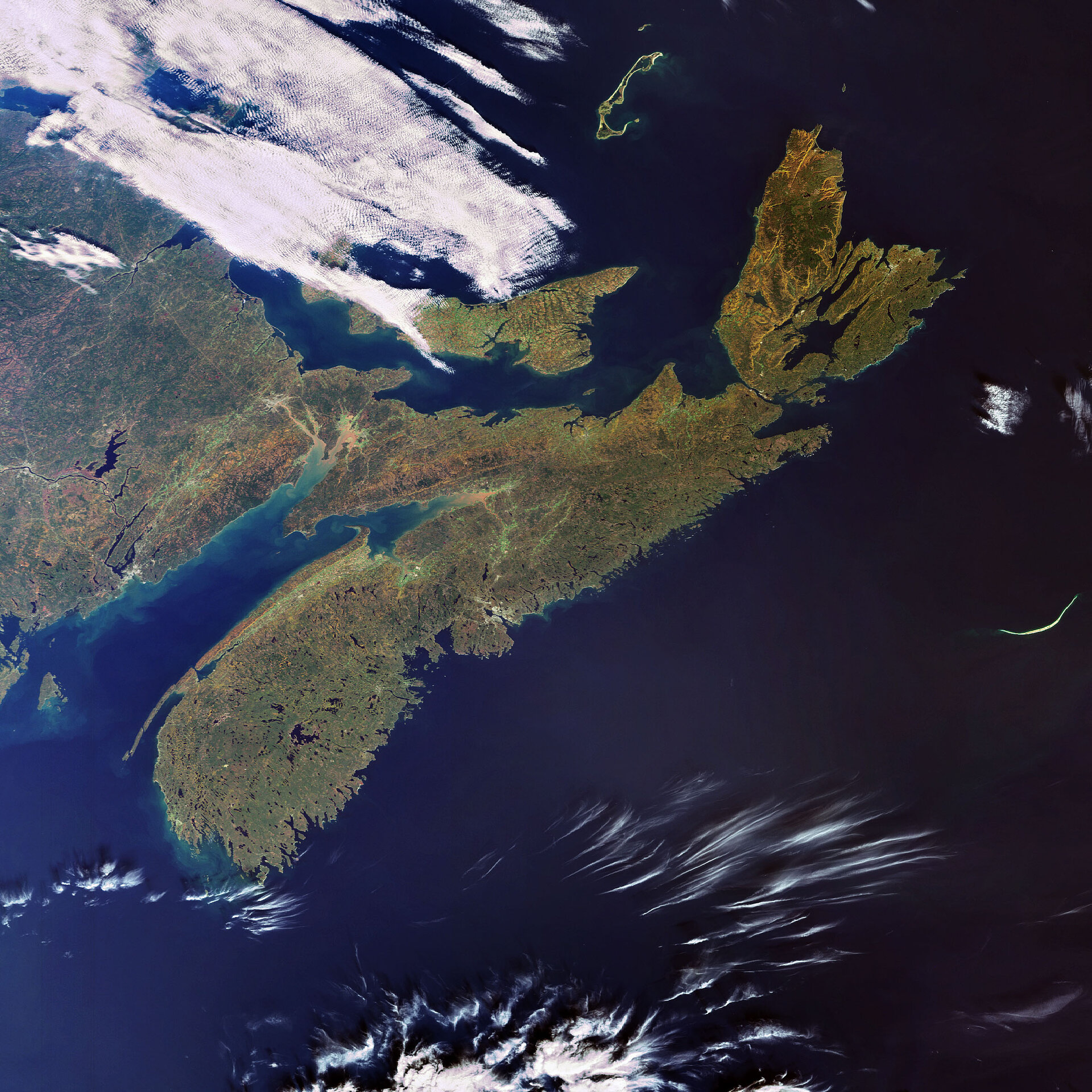 This Envisat image highlights the Canadian province of Nova Scotia, located on the eastern seaboard of North America. The province is made up of a mainland peninsula and Cape Breton Island (located to the east).

Nova Scotia is one of Canada’s three Maritime provinces along with New Brunswick (visible in the upper left hand corner) and Prince Edward Island (visible to the east of New Brunswick, partially cloud-covered).

With an area of 55 284 sq km, Nova Scotia is Canada’s second smallest province, after Prince Edward Island. The main peninsula is 550-km long and has 7500 km of coastline. Because the province is not more than 130 km wide, no place in Nova Scotia is far from the sea.

This image was acquired by Envisat's Medium Resolution Imaging Spectrometer (MERIS) instrument on 22 October 2007, working in Full Resolution mode to provide a spatial resolution of 300 metres.