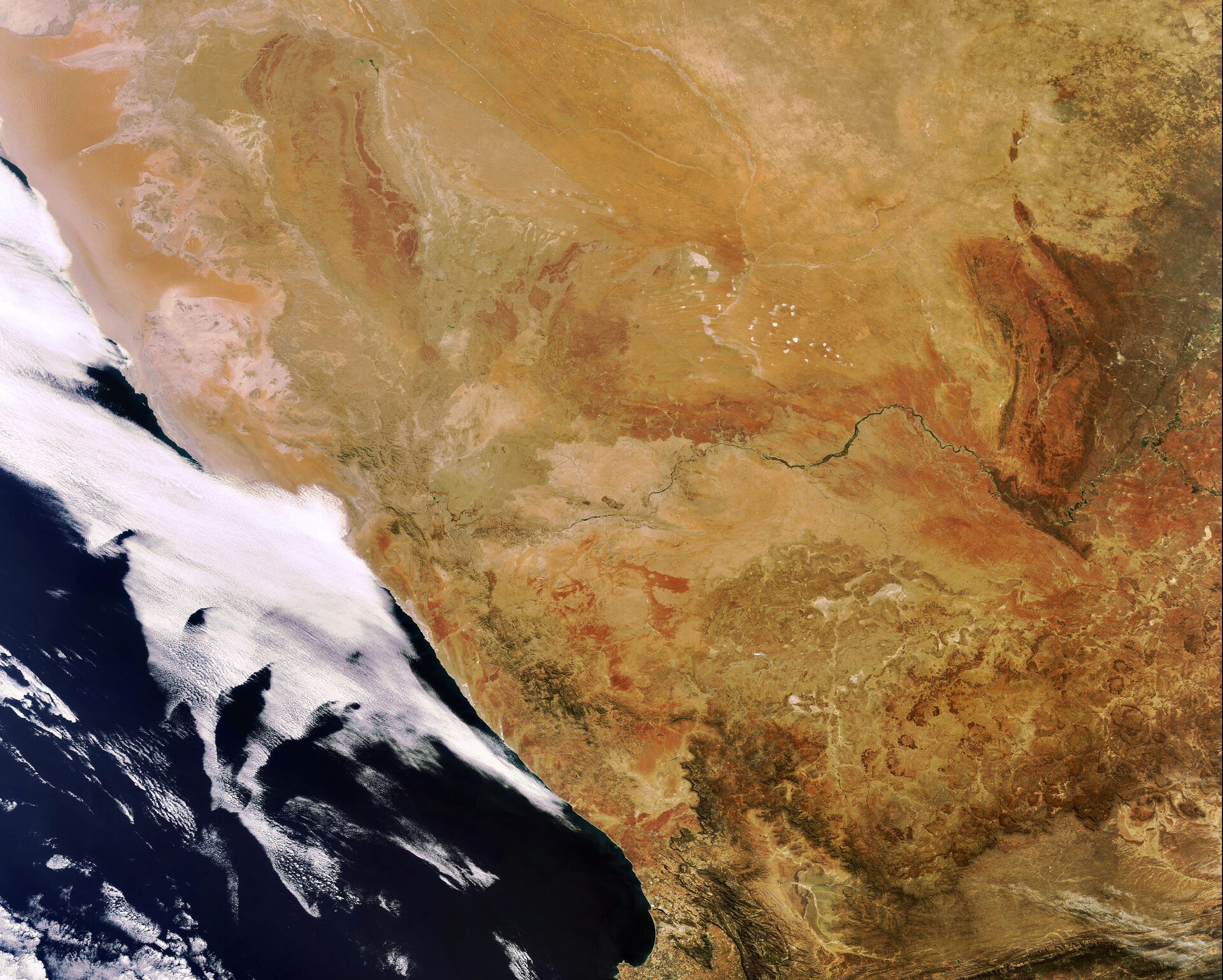 Although the Orange River normally empties into the Atlantic Ocean, sand-bars sometimes block its access to the sea. For this reason, it is often referred to as a river mouth rather than a true estuary.

The Namib Desert (visible in Namibia) stretches about 1930 km along the coast of Southwest Africa, mostly within the Namibian country. The huge sand dunes that rise near the coast of the Atlantic Ocean and extend inland for up to 160 km are visible.

The Namib Sand Sea, located along the central coast of the Namib, is made up of sand that is a consequence of the erosion processes that take place within the Orange River valley and areas further to the south. As sand-laden waters empty into the Atlantic, onshore currents deposit the sand along the shore. Southwest winds pick up the sand and redeposit it in the sand sea in the form of massive dunes.

This image was acquired by Envisat's Medium Resolution Imaging Spectrometer (MERIS) instrument on 12 October 2007, working in Full Resolution mode to provide a spatial resolution of 300 metres.