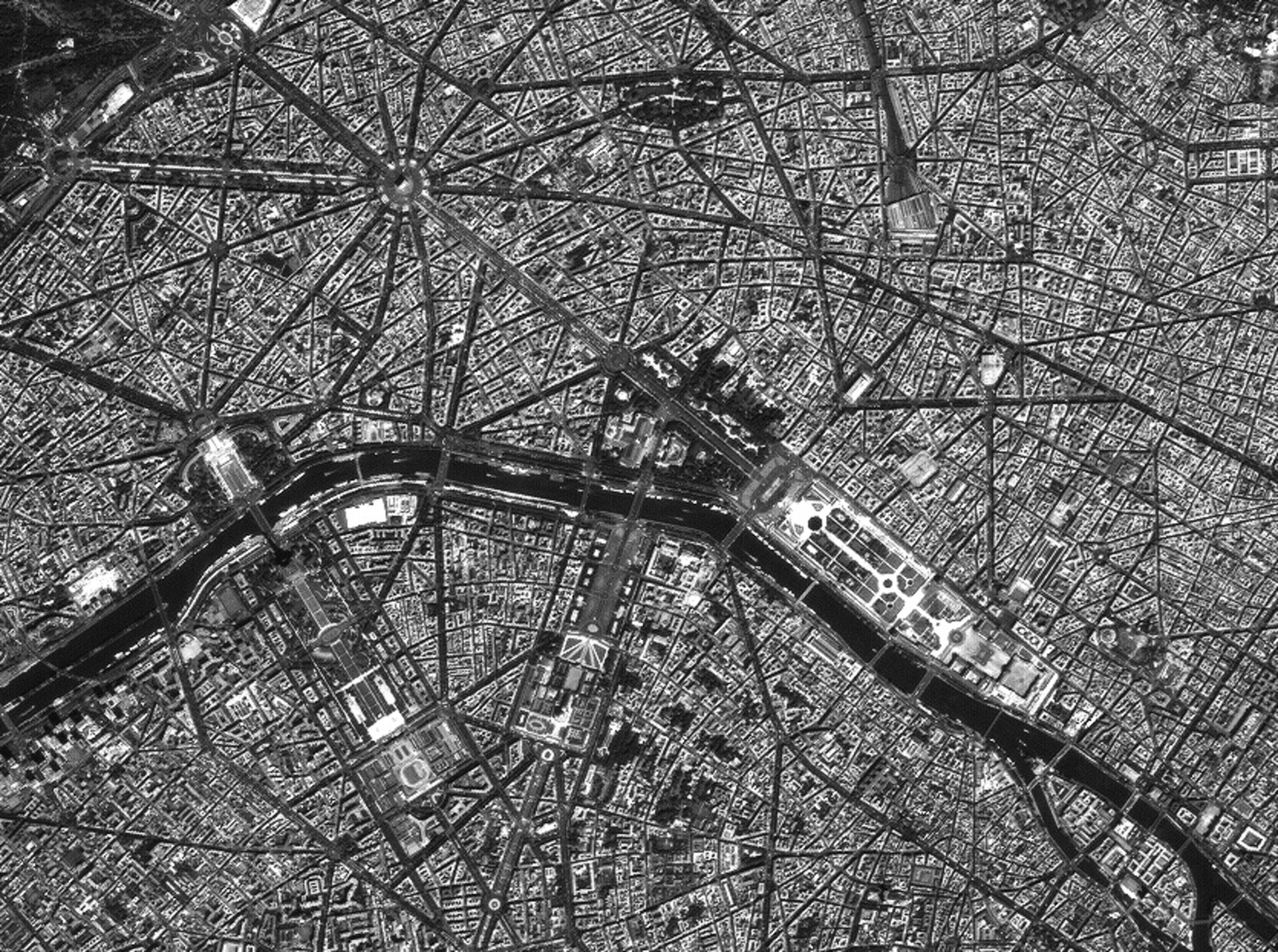 A view of Central Paris including the Eiffel Tower and ESA Headquarters, as seen from the Korea Multi-purpose Satellite (KOMPSAT-1) of the Korea Aerospace Research Institute (KARI), kindly provided under ESA Third Party Mission co-operation. Its successor, KOMPSAT-2, is one of numerous Earth Observation missions due to launch this year.

Immediately visible on the north bank of the Seine towards the right side of the image are the grounds of the sprawling Musée du Louvre and to its left the Jardin des Tuileries.

From the Jardin des Tuileries stretches the long straight Avenue des Champs Elysées to the Arc de Triomphe. This is the world's largest traffic roundabout, surrounding a monumental arch erected to the memory of Napoleon, from which a total of 12 avenues stretch out across the city.

South of the Arc de Triomphe, on the other side of the river, is located the rectangular Champ du Mars park, and at its top is just about visible the Eiffel Tower, the world's single most famous landmark. At the base of the Champ du Mars is the École Militaire building and just to the left of its southern side is located ESA Headquarters.

This is a detail of an image acquired by the Electro-Optical Camera (EOC) instrument on KOMPSAT-1, acquired on 28 June 2000. The full image is available in high-resolution. The EOC has a maximum ground sample distance of 6.6 metres and a swath width of 17 km.