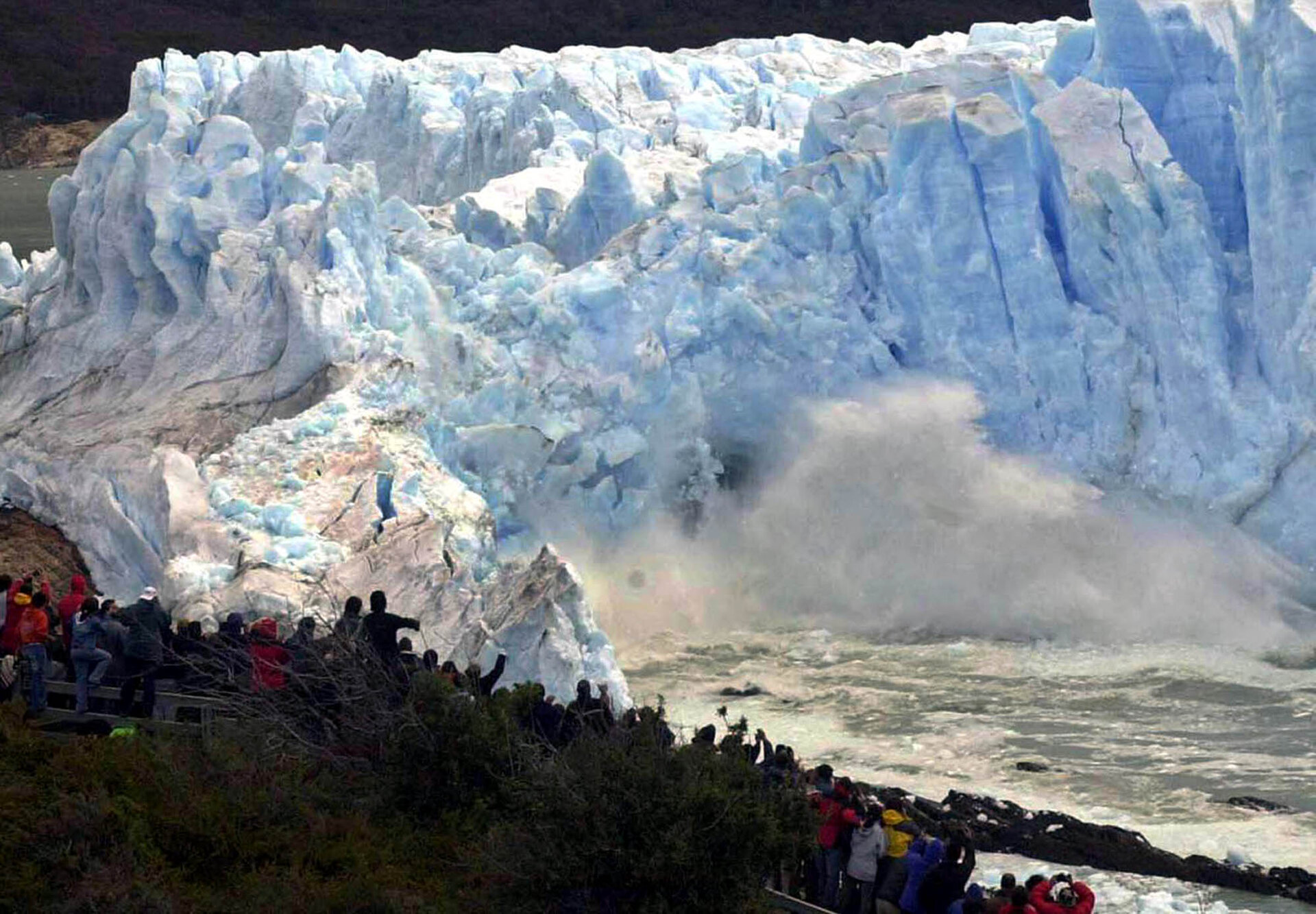 A spectacle unseen for 16 years occurred in Patagonia this week: a natural dam of blue ice gave way to crushing lake waters trapped behind it, finally breaking apart.

Watching tourists applauded as a section of the 60-metre high Perito Moreno glacier collapsed and the waters of the dammed southern arm of Lago Argentino surged through it.

Since last October this section – known as Brazo Sur - had been blocked off from the rest of the lake by the glacier's flowing ice tongue, which extended a solid wall of ice across the narrow water channel.

The 30-km-long Perito Moreno glacier is the most famous part of the Parque Nacional Los Glaciares in Argentina, a UNESCO World Heritage Site.

It is the subject of a long-term study by the University of Innsbruck's Institute for Meteorology and Geophysics, with in-situ observations supplemented by ESA satellite data.

"We have carried out numerous field studies of Perito Moreno, as well as neighbouring glaciers in the Southern Patagonian icefield," explains project leader Professor Helmut Rott. "We have an automatic climate station installed near the glacier terminus, and stakes placed within the glacier to measure its movement and melting.

"We also make use of radar imagery from ERS-2 and Envisat to monitor areas of accumulation and ablation and keep track of its position.

"What makes Perito Moreno so interesting to us is that it is one of the few Patagonian glaciers that has advanced during recent days. It dams the Brazo Sur on a periodic basis, the previous time being 1988, then some 20 times before that. It first occurred in 1917, and we know it was the first time because a several-hundred-year old forest was submerged as a result."

Once the glacier blocks the channel between the Brazo Sur, water and the main section of Lago Argentino, water and ice commence a kind of duel. Water from melting glaciers and running down from mountain drains into the trapped section of lake: its height rose by eight metres in the last five months; at the time of the fracture the rate of increase was ten centimetres a day.

Inevitably the total force the rising waters exert upon the glacier becomes too much. On 12 March 2004 water began to drain through subsurface fissures, which enlarged into a tunnel. Two days later the ice fractured above the waterline. Sightseers flocked to watch the ice dam give way, a sight which some had feared might never be seen this century due to global warming.

"However our research shows the mass of the Perito Moreno glacier is actually in equilibrium," Rott says. "The snow accumulated up at the top of the glacier in the Andes balances out ice that calves or melts lower down.

"Field studies of mass fluxes, complemented by satellite radar, record 5.5 metres of precipitation falling on the accumulation zone a year, equivalent to about 15 metres of consolidated snow.

"It is also a very deep glacier. Eight kilometres up from the glacier front we measured the ice thickness at 750 metres, whereas at the calving front it is only 160 metres thick.

"This feature of subglacial topography, as well as the comparatively high elevation of the accumulation area, means that is it less vulnerable to changing conditions, such as warmer climate that has led most glaciers in the region to recede significantly during the last 30 years.

"Conversely, the initial damming event in 1917 appears to have been the Perito Moreno glacier's time-lagged reaction to a pronounced period of cooling in the 19th century, sometimes termed a 'mini Ice Age'."

Following the fracture, the Innsbruck University team will continue to monitor glacial motion and flux across Southern Patagonia - a region containing the largest glaciers in the southern hemisphere outside of Antarctica.