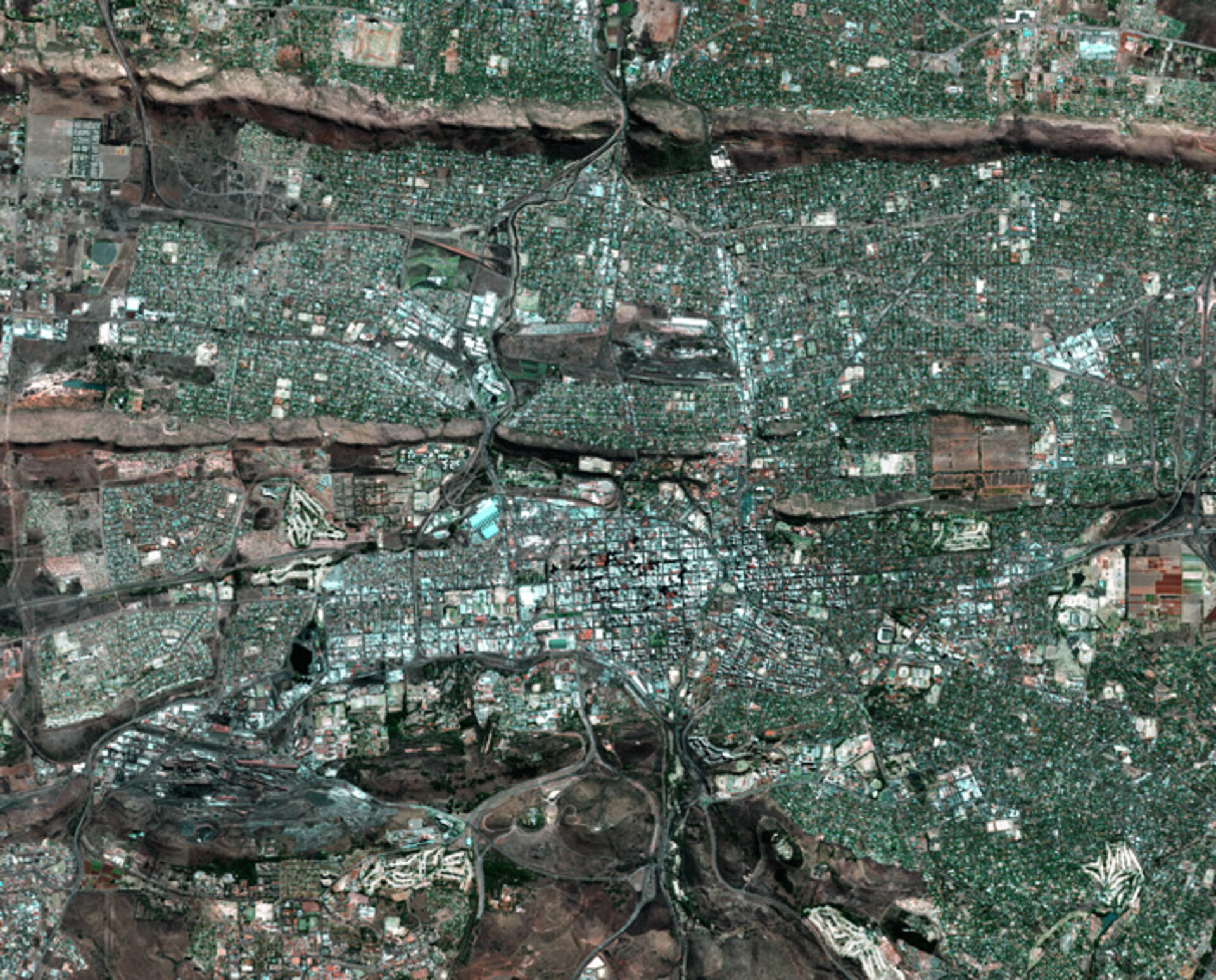 Pretoria, the administrative capital of South Africa and site of next month's ESA TIGER Programme Workshop, as seen by France's Spot 5 satellite.

Located in Gauteng Province about 50 kilometres north of Johannesburg, Pretoria is nestled between the Witwatersberg and Magaliesberg mountain ranges, which extends extend from Pretoria in the east to Rustenberg in the west, separating the low-lying, hotter 'bushveld' to the north from the cooler 'highveld' to the south.

The ridges of these two ranges are shown clearly in the image, the lower altitude Witwatersberg positioned south of the higher Magaliesberg range. Pretoria's location gives it a mild climate, and it is sometimes called the 'Jacaranda city' after the flowering trees that line its avenues.

Founded by Boer 'Voortrekkers' in 1855, the city today has a population of approximately 1.3 million, increasing to two million if those living in the Tshwane metropolitan area are included – the name for this amalgamated municipality, including former apartheid townships, has been taken from the original African name for Pretoria.

The city is rich in history: shown in an enlarged detail from the previous image are the Pretoria Union Buildings and surrounding gardens. Built on a disused quarry, this double-winged sandstone construction was made to mark the unification of South Africa in 1910. The Union Buildings are the official seat of government of the South Africa government, and where Nelson Mandela was sworn in as the country's first truly democratically elected president in 1994.

From 8 to 10 November 2004, the International Convention Centre of Pretoria's Council for Scientific and Industrial Research (CSIR) is hosting the latest Workshop for ESA's TIGER Programme, set up to apply Earth Observation to water resource management problems in Africa. Topics being addressed include the detection of subsurface aquifers, wetlands and flood events, drought, food security and epidemiology.