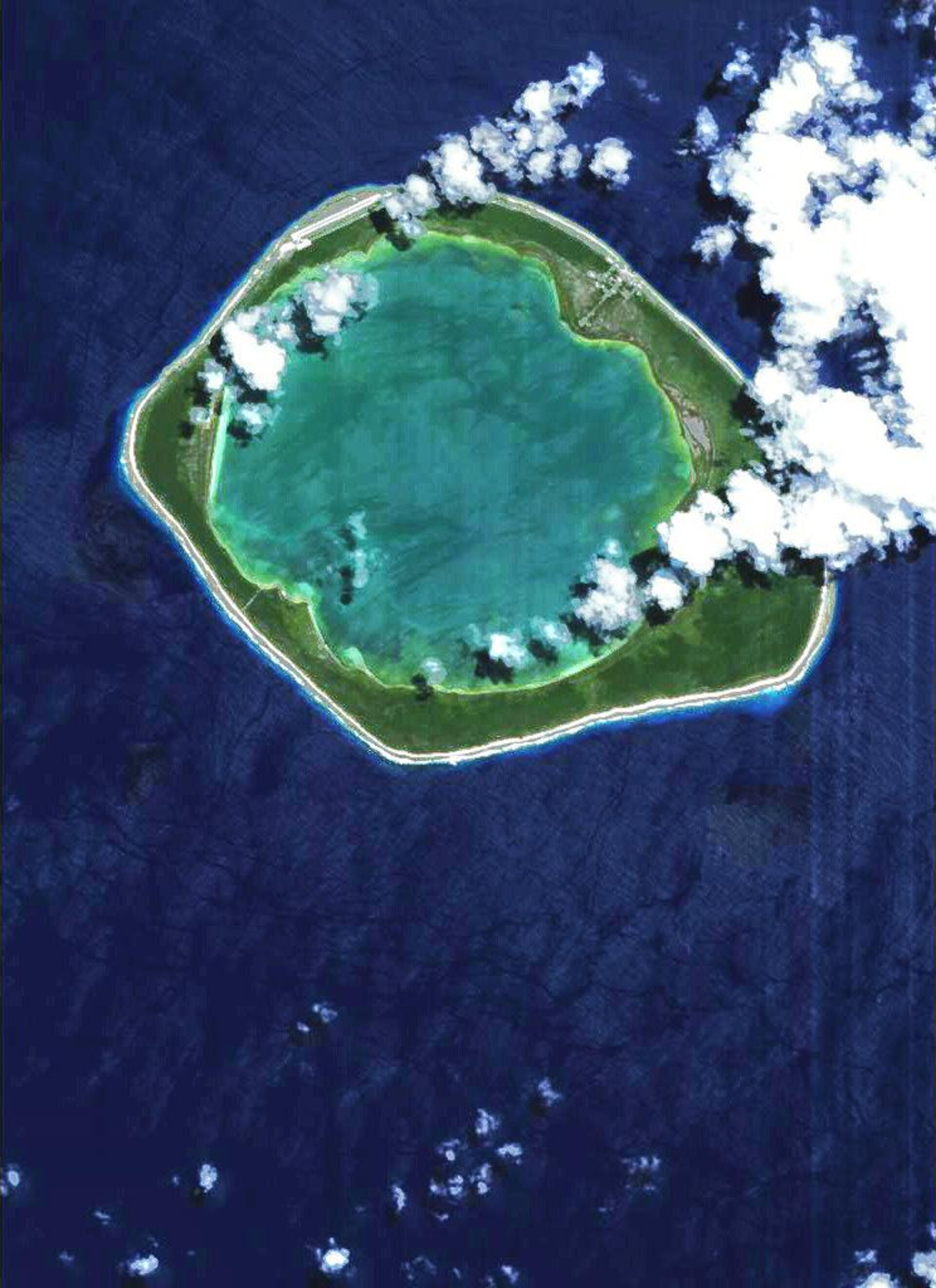 The Niau atoll, located in the central South Pacific Ocean, is highlighted in this Proba image. Niau is one of nearly 80 coral reef atolls that forms the Tuamotu Archipelago in French Polynesia. The Tuamotu is the largest chain of atolls in the world, stretching some 2000 kilometres, and has a total land area of 850 square kilometres.

The Tuamotu Archipelago, first discovered by Ferdinand Magellan in 1521, is divided into nine groups, with Niau belonging to the Centre West Group. The archipelago was dubbed the ‘Dangerous Archipelago’ a couple hundred years ago because a high number of ships wrecked on its reefs and atolls. The coral reefs have formed atop a volcanic mountain range that spanned the area two to three million years ago. The islands produce pearl shell and copra (the dried meat of coconuts from which coconut oil is extracted).

Niau, 8 km in diameter and 8 m high, lies near the west end of the archipelago some 250 km east-northeast of Tahiti. As seen in the image, Niau is comprised of a completely enclosed 3.3-square-km lagoon. The narrow strip of land surrounding the lagoon is marsh vegetation and has an area of 2.1 square km.

The marsh is believed to contain the most extensive fresh-to-brackish-water of all the Tuamotu atolls, which has earned Niau a place on the Protected Area list of the United Nations Environment Programme - World Conservation Monitoring Centre (UNEP-WCMC).

In 1947, Norwegian ethnologist and explorer Thor Heyerdahl brought attention to the Tuamotu Archipelago when he and five companions sailed their raft, Kon-Tiki, 7 000 km across the Pacific Ocean from Peru in South America to the Tuamotu atolls, proving Heyerdahl’s theory that Peruvians could have reached Polynesia in this manner. The adventure took 101 days.

ESA’s Proba satellite acquired this image on 6 October 2005 with its Compact High Resolution Imaging Spectrometer (CHRIS), designed to acquire hyperspectral images with a spatial resolution of 17 metres across an area of 13 kilometres.