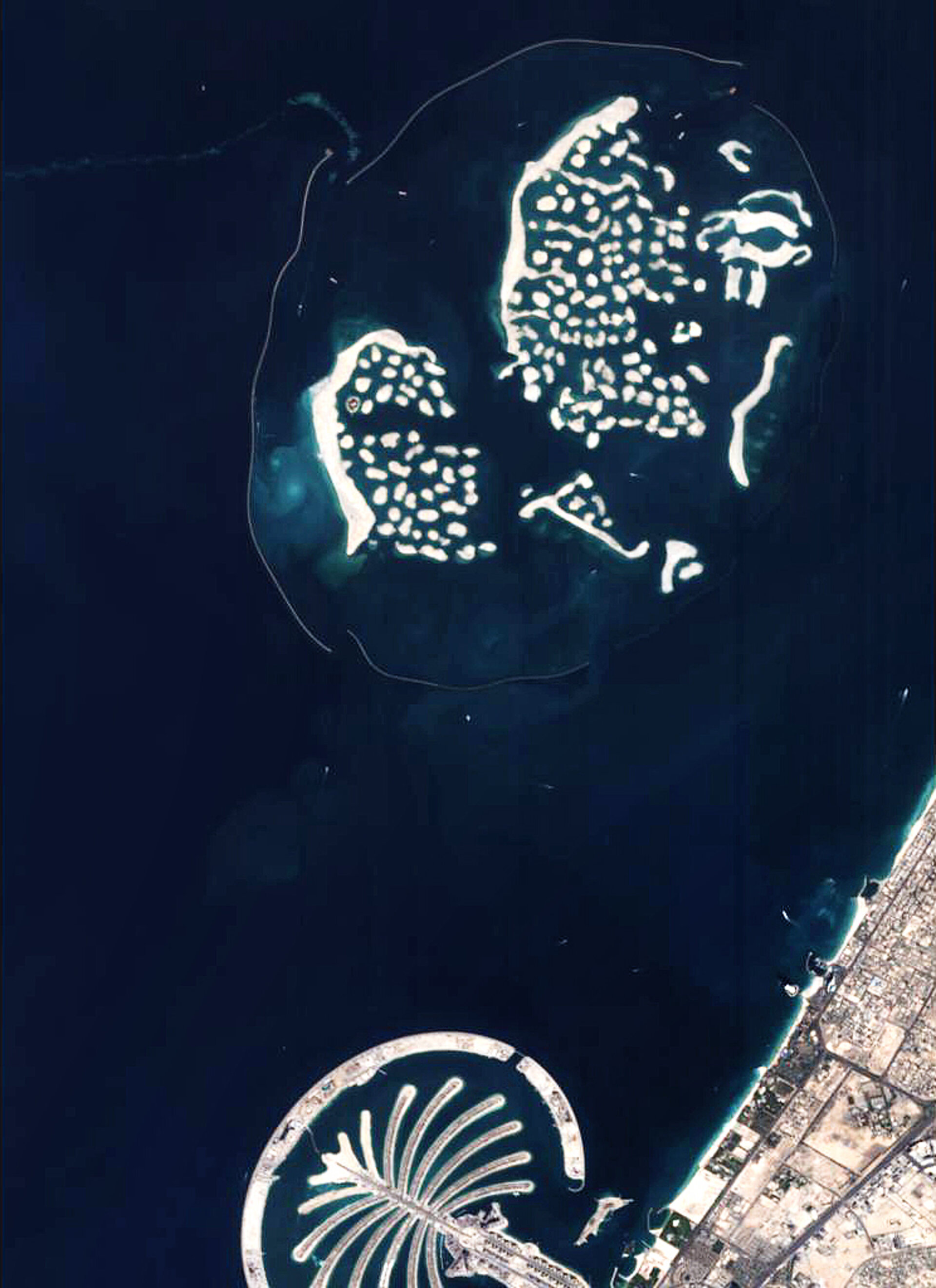 This image features two manmade islands – Palm Jumeirah (left) and The World – located just off the coast of Dubai in the United Arab Emirates.

Palm Jumeirah is the smallest of three massive palm-shaped islands, which also include Palm Jebel Ali and Palm Deira. The World is a collection of 300 islets, each ranging in size from 23 226 to 83 613 sq m, built in the shape of a world map.

The World covers an area of 9 km in width and 7 km in length and is surrounded by an oval-shaped breakwater. The first phase of its development, which included dredging some 320 million cubic metres of sand from the sea and the creation of the breakwater, was completed on 10 January 2008 when the last piece of rock was laid on the breakwater.

The network of artificial islands that is reshaping this segment of the Persian Gulf coast is the world's largest land reclamation effort and is possible because of the shallow depth of the gulf and the wide continental shelf off the Dubai coast.

ESA’s Proba satellite acquired this image on 5 November 2007 with its Compact High Resolution Imaging Spectrometer (CHRIS), designed to acquire hyperspectral images with a spatial resolution of 17 metres across an area of 13 kilometres. Weighing just 14 kg, CHRIS is the smallest hyperspectral imager ever flown in space and can acquire up to five images at a time.