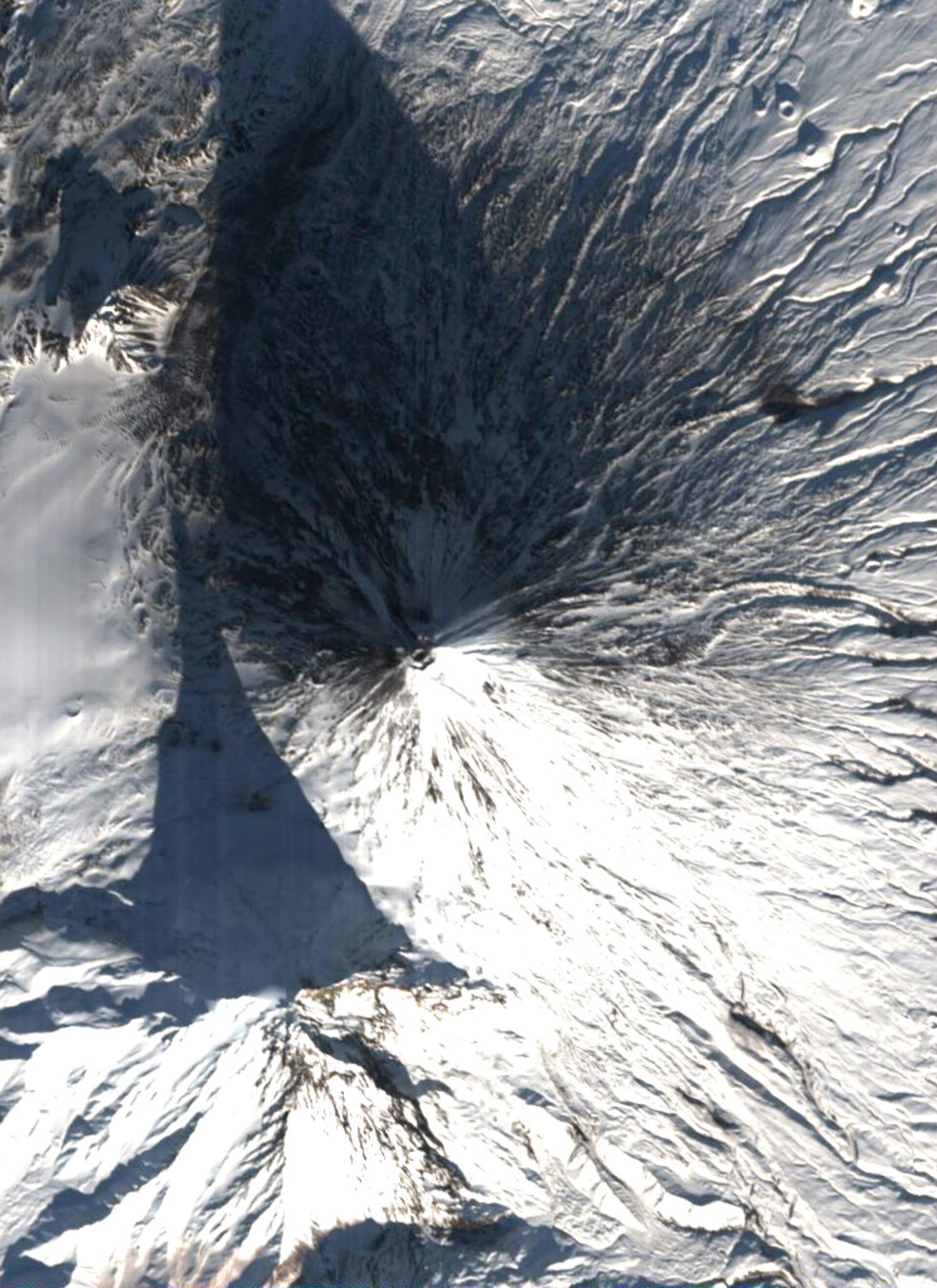 At 4835 metres high, the snow-dusted peak of the Kliuchevskoi volcano casts a clear shadow in this Proba satellite image. The mountain is the tallest as well as one of the most active volcanoes in Russia's Kamchatka Peninsula.

Located in the Russian Far East, the Kamchatka Peninsula is a landscape covered with volcanoes, part of the Pacific 'Ring of Fire'. This strikingly symmetrical peak has a summit crater measuring 700 metres across. It lies northeast of the jagged, extinct Kamen volcano, which rises 4585 metres tall to cast a shadow of its own.

Kliuchevskoi is a basaltic stratovolcano that has undergone more than 80 recorded eruptions since 1697. In October 1994 a giant eruption took place and a column of ash rose up 15-20 kilometres into the air, at the same time as lava rolled down its flanks.

The vicinity of Kliuchevskoi is largely uninhabited, but its eruptions do present danger to air traffic, with international routes extending over the Kamchatka Peninsula. Ash can obscure pilot vision, contaminate onboard oxygen supplies and damage jet engines. During the 1994 event aircraft needed to divert around Kliuchevskoi.

Satellite imagery is used to help provide early warning of potentially risky eruptions to aviation controllers, so aircraft can be diverted. The Scanning Imaging Absorption Spectrometer for Atmospheric Chartography (SCIAMACHY) instrument on ESA's Envisat is being employed to develop a warning service as part of a project called Tropospheric Emission Monitoring Internet Service (TEMIS).

This image was acquired on 18 November 2005 by the Compact High Resolution Imaging Spectrometer (CHRIS). Built by UK-based Sira Technology, CHRIS is the main payload on ESA's Proba microsatellite, designed to acquire hyperspectral images with a spatial resolution of 18 metres across a swath of 14 kilometres.