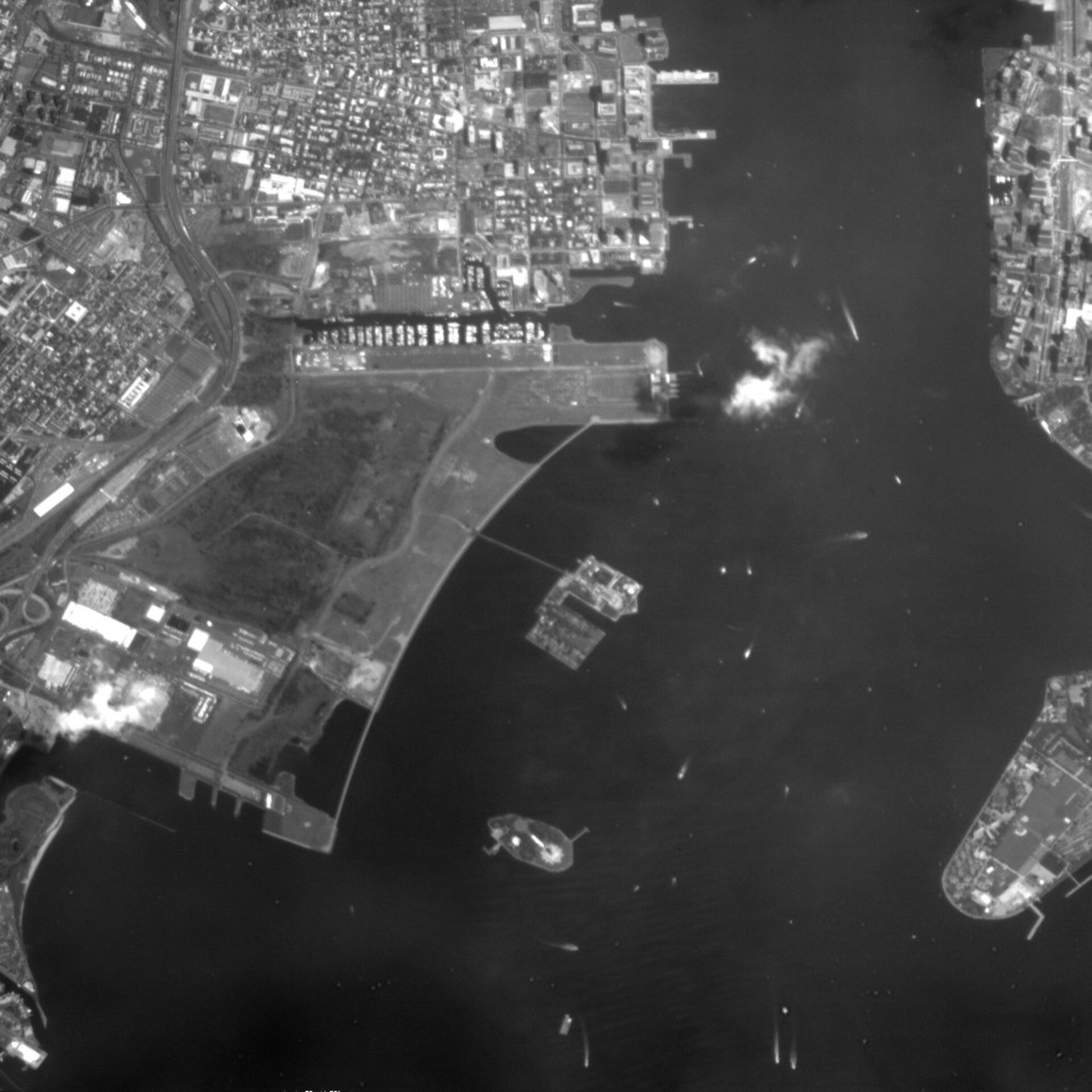 The Statue of Liberty stands on Liberty Island (the oval-shaped island seen in the bottom centre). Many immigrants from around the world were greeted by the statue in the 1800s on their way to nearby Ellis Island (the island directly above Liberty Island) to become citizens.

More than 12 million immigrants passed through Ellis Island from 1892 to 1954, when the facility closed. Immigration reached its peak in 1907 when nearly 12,000 individuals were processed each day. Over 100 million Americans, approximately 40 percent, can trace their heritage to an ancestor who came through Ellis Island.

Di Verrazzano, an Italian, was the first European to explore the New York Harbour in 1524. But Dutch explorer Henry Hudson, who explored it around 1609, is credited with bringing Europeans to the area. The Dutch settled in New Amsterdam, which is now known as New York City.

In 1664, the Dutch lost New Amsterdam to the British despite the Dutch Governor Peter Stuyvesant having had a 731-metre wall built across the northern end of the populated portion of the island to defend off attackers. The British avoided the wall by attacking from sea. Today, this part of the island is known as Wall Street. New Amsterdam was renamed New York by the English after James, Duke of York.

Proba's High Resolution Camera (HRC) acquired this image from 600 kilometres above the Earth’s surface on 1 August 2006. The HRC is a black and white camera that incorporates a miniature Cassegrain telescope, giving it far superior spatial resolution than the human eye.