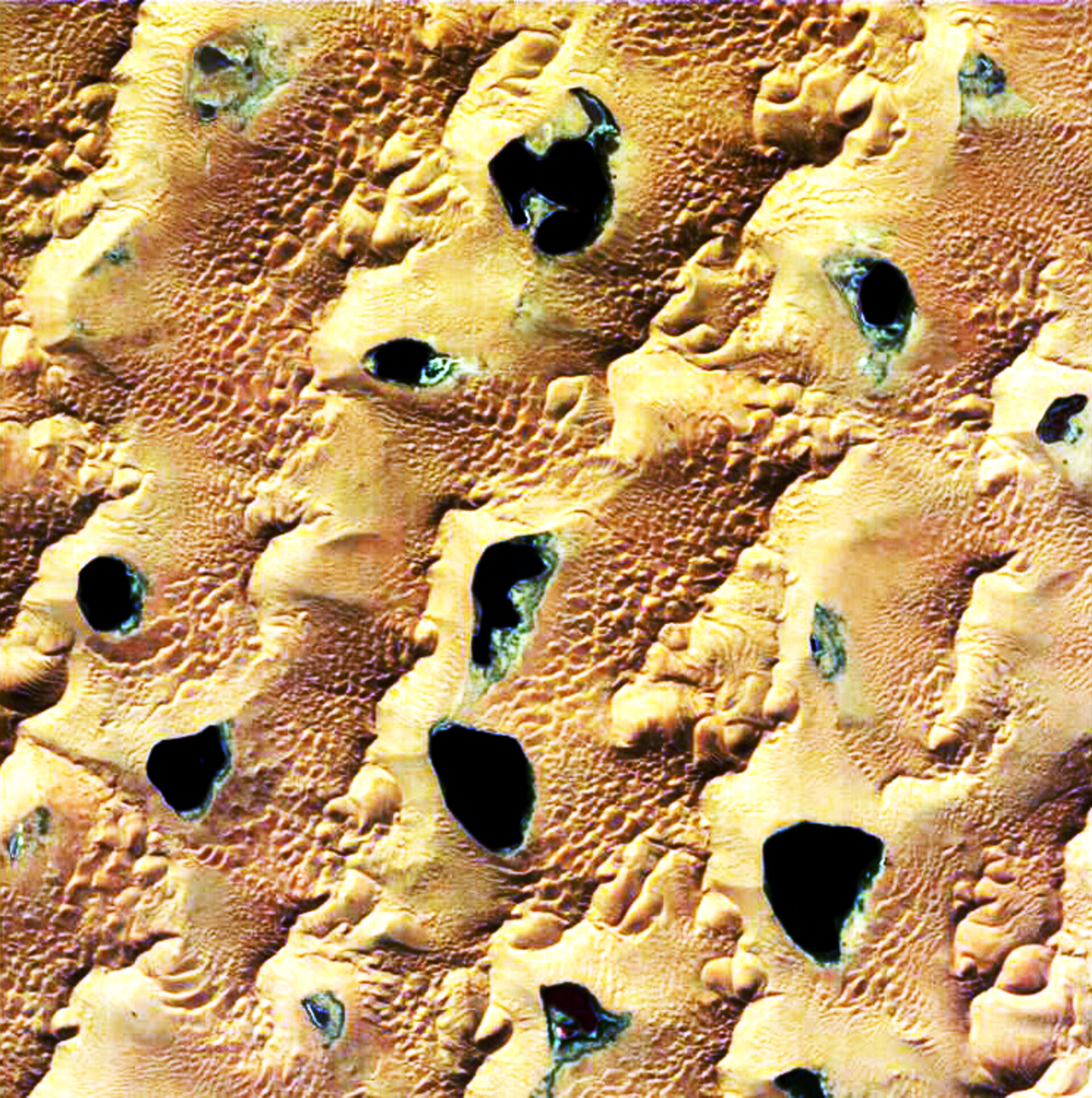 This Proba image shows numerous small lakes in the otherwise arid environment of the Gobi Desert in the Chinese Autonomous Region of Inner Mongolia, surrounded by some of the highest and largest sand dunes in the world.

A joint Chinese-German research team is investigating the sustainability of these lakes, to find out how long they might take to disappear and to assess the age of the water within them. Mapping the present status of the lakes is an important part of this task.

This Proba image was acquired on behalf of this team, which is being led by Professor Wei-Zu Gu from the University of Nanjing, with scientific support from Germany's National Research Center for Environment and Health (Forschungszentrum für Umwelt und Gesundheit, GSF) in Neuherberg and the University of Munich as well as Munich-based remote sensing geosciences company VISTA.

Each lake has a different salt concentration and even within a lake it changes drastically. The image shows the ring of plant growth that surrounds the majority of the dark blue lakes; almost every lake has such a vegetation boundary but in some cases only a salt crust remains.

The team also carried out activities on the ground, reaching the site by camel. They mapped lake water levels and vegetation zones as well as performing bathymetry measurements to determine the water volume in the lakes, and obtaining water samples for isotope analyses. A micro-meteorological station was also placed on one of the lakes in the image.

Further time series of satellite data are also being utilised to observe seasonal changes in the lakes. Multitemporal radar image composites have revealed that the larger sand dunes around them are stable, but the smaller dunes are more mobile.

This image was acquired on 29 September 2005 by the Compact High Resolution Imaging Spectrometer (CHRIS). Built by UK-based Sira Technology, CHRIS is the main payload on ESA's Proba microsatellite, designed to acquire hyperspectral images with a spatial resolution of 18 metres across an area of 14 kilometres.