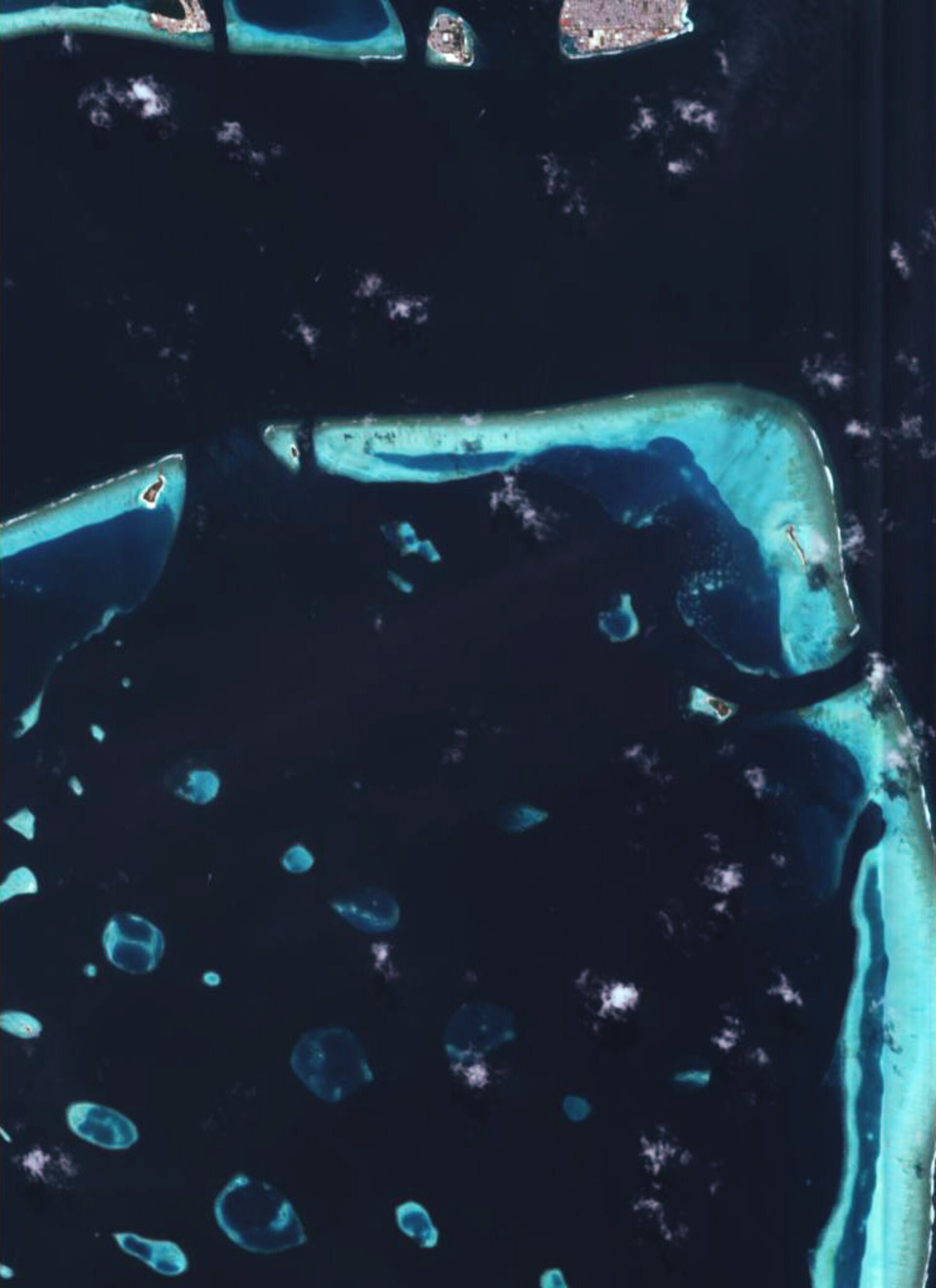 ESA's Proba microsatellite takes a close-up view of some of the 1192 coral islands of the Maldives in the Indian Ocean.

The Republic of Maldives is formed from a chain of 26 coral atolls resting on top of an ancient volcanic mountain range. They are scattered across 90 000 square kilometres of ocean, located 700 kilometres west of Sri Lanka. There are approximately 200 inhabited islands plus some 80 islands with tourist resorts.

This image includes the city of Malé, the capital of the Maldives – located on Malé Island in North Malé Atoll - seen here at the top of the image. It measures about 2 kilometres long by 1 km wide. Home to a quarter of the Maldives' 301 745 inhabitants, the city covers almost the entire island, whose area has been extended through land reclamation projects.

Adjacent to Malé is the smaller Villingili Island. Across the Wadu Channel is located South Malé Atoll, location of the resort island of Bolifushi, seen towards the western edge of the image.

A popular tourist and diving destination with white sandy beaches, the Maldives is also the flattest country in the world, with no point having a greater altitude than 2.4 metres above sea level and its territory therefore under threat from rising waves.

The country sustained serious damage during the Indian Ocean tsunami on 26 December 2004, with two thirds of the territory of Malé flooded during the initial part of the day and some very low-lying islands submerged during high tide. Around a hundred people were killed or reported missing.

This image was acquired on 5 July 2005 by the Compact High Resolution Imaging Spectrometer (CHRIS). Built by UK-based Sira Technology, CHRIS is the main payload on ESA's Proba microsatellite, designed to acquire hyperspectral images with a spatial resolution of 18 metres across a swath of 14 kilometres.