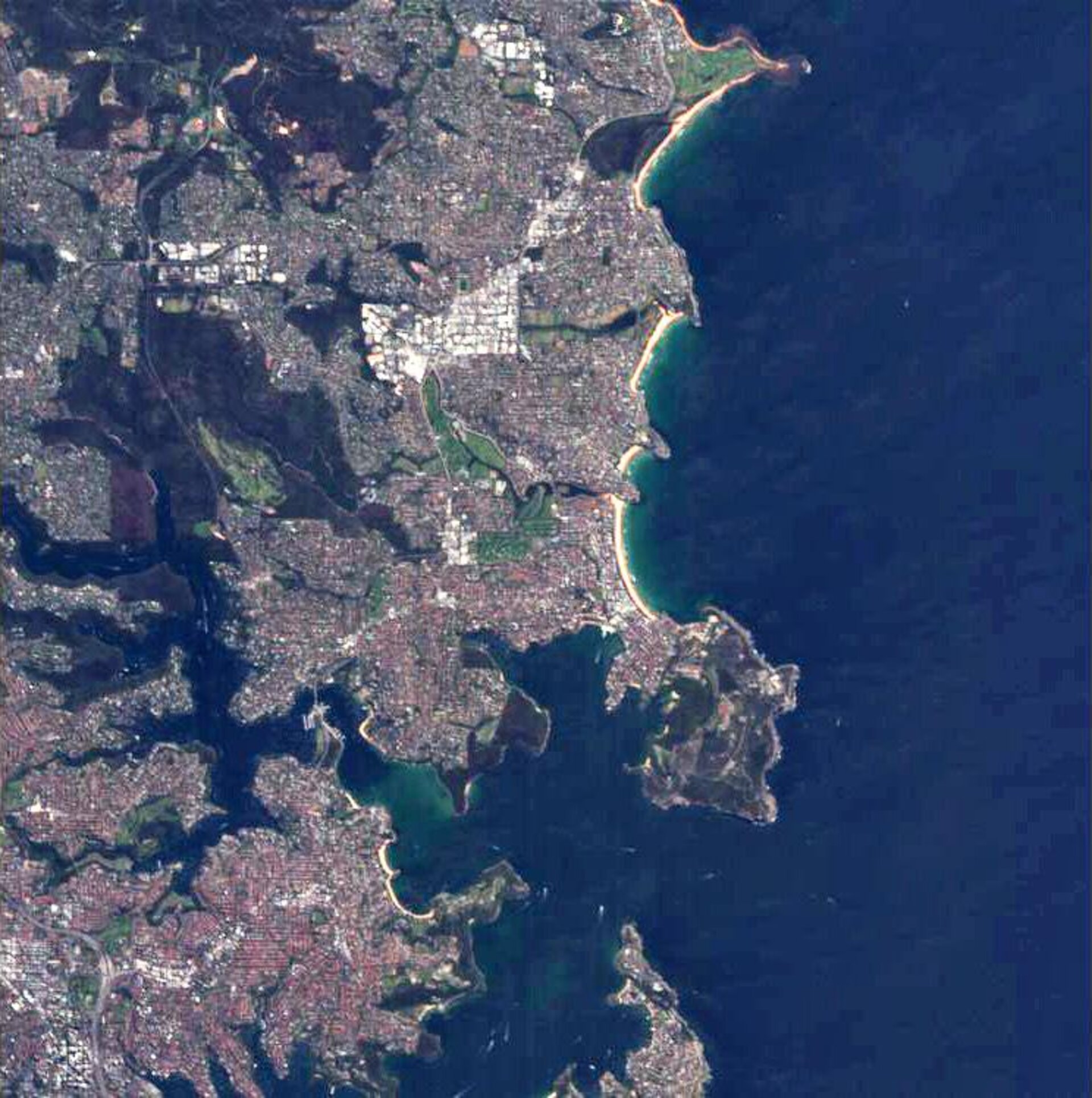 Manly, Australia, often referred to as Sydney’s original seaside resort, is highlighted in this Proba image. Located on the southern end of the Manly Warringah Peninsula in the state of New South Wales, Manly is approximately 11 km northeast of Sydney.

Surrounded by sea on three sides, Manly boasts 18 ocean beaches (the sandy shores are visible along the right side of the landmass) on one side and harbour coves and inlets on another. The beaches, called the Northern Beaches, include Manly Beach, Ocean Beach, Shelly Beach and Fairlight Beach. Due to its leisure activities, Manly’s motto is ‘seven miles from Sydney, a thousand miles from care’.

The most southern tip of the peninsula, below Manly, is North Head – a 385-hectare sandstone headland with cliffs nearly 100 m high. North Head is part of the Sydney Harbour National Park (on the upper right side). Located on North Head is the old Quarantine Station (on the left side), which housed immigrants in the past to determine whether they had any diseases.

The landmass seen at the bottom of the image directly across from North Head is South Head. The Hornby Lighthouse, Australia’s third oldest lighthouse, is located at the tip of South Head. It was built by public demand after two tragic shipwrecks occurred in 1857, the Dunbar and the Catherine Adamson.

Manly and Sydney were given their names by Captain Arthur Phillip in 1788. It is said Phillip was describing the stature and masculine behaviour of the Aboriginal people he encountered in the area as ‘manly’, and the name stuck.

North Sydney is located to the west, or left, of Manly and is connected to the rest of Sydney by the Spit Bridge (visible as a fine white line in the bottom left portion of the image). Sydney, with 4 million inhabitants, is Australia's largest city and is also the capital of New South Wales.

ESA’s Proba satellite acquired this image with its Compact High Resolution Imaging Spectrometer (CHRIS), designed to acquire hyperspectral images with a spatial resolution of 17 metres across an area of 13 kilometres. Weighing just 14 kg, CHRIS is the smallest hyperspectral imager ever flown in space and can acquire up to five images at a time.