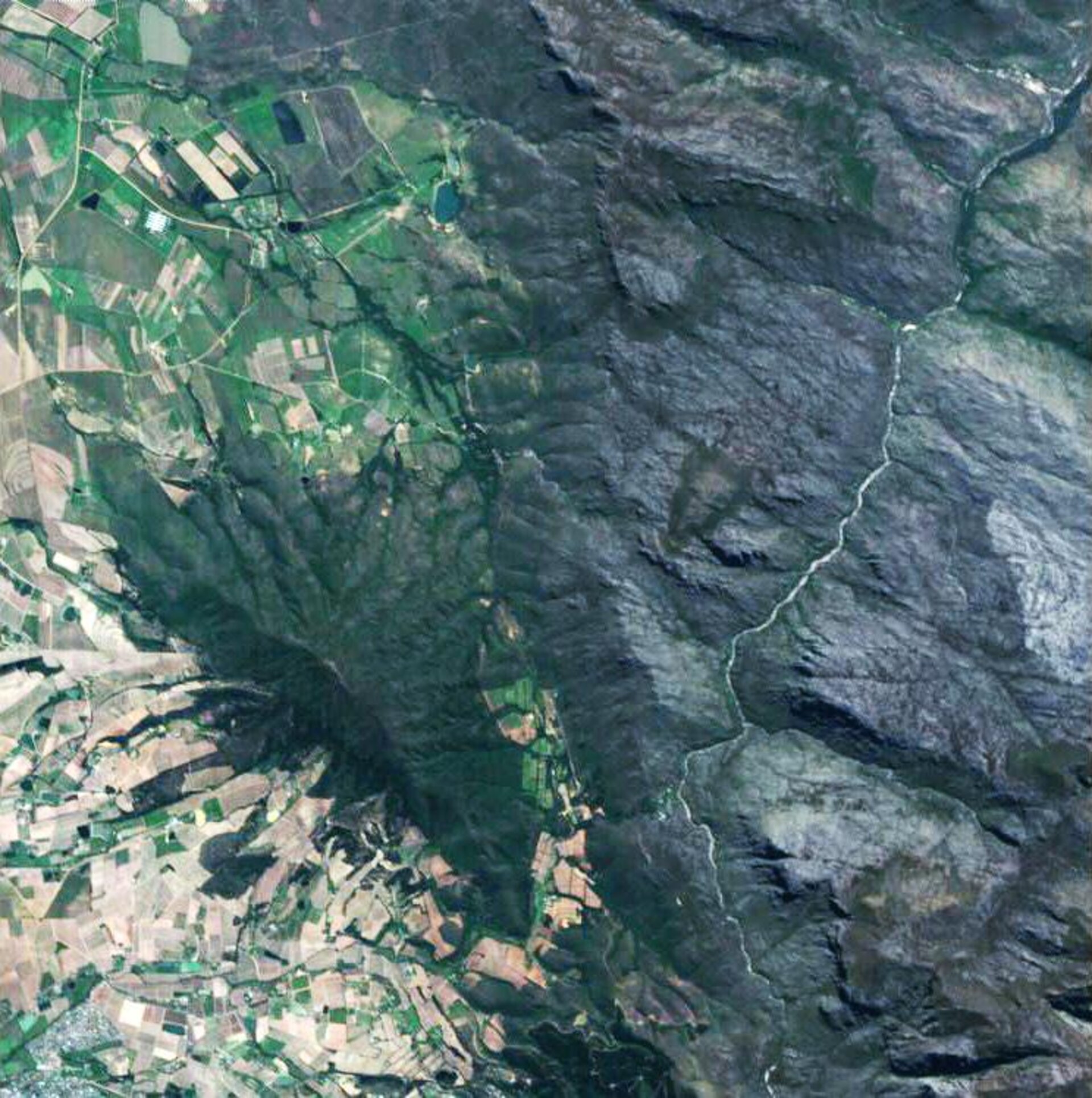 The transition between lowland fields and mountains in the Western Cape region of South Africa is highlighted in this image, acquired by ESA’s Proba micro-satellite.

South Africa, located at the southern tip of the continent of Africa, borders Namibia, Botswana, Zimbabwe, Mozambique, Swaziland and Lesotho, which is located in the south-eastern section of the country and is surrounded by South Africa on all sides.

The Western Cape Province, of which Cape Town is the capital, is the meeting point of the cold Atlantic Ocean, to the west, and the warm Indian Ocean, to the south. The major rivers of the province are Breede and Berg.

African wildlife, beautiful scenery, majestic mountains and wine make the Western Cape a popular tourist spot; it hosts over 50 percent of the country’s international visitors. The landscape of Wellington, a town located in the Wineland region of the Western Cape, offers sharp contrast with lush vineyards and olive and fruit orchards situated at the foot of the Hawequa Mountains (pictured).

For thousands of years the Western Cape was inhabited by the Khoi, San and other Bantu-speaking groups. European seafarers arrived in the area in the late 15th century in search of a halfway stop for refuelling on trade routes to the East.

Desmond Tutu, former Anglican Archbishop of Cape Town and Nobel Peace Prize winner, coined the term ‘Rainbow Nation’ to describe South Africa after its first fully-democratic election. Former South African President Nelson Mandela carried the term forward during his first month in office after having been elected president. September 24 has been established as Heritage Day to celebrate the country’s diversity.

This image was acquired on 6 October 2005 by the Compact High Resolution Imaging Spectrometer (CHRIS), the main payload on Proba, designed to acquire hyperspectral images with a spatial resolution of 18 metres across an area of 14 kilometres.

Proba was originally launched in 2001 as a technology demonstrator, but is now operated as an ESA Earth Observation Third Party Mission.