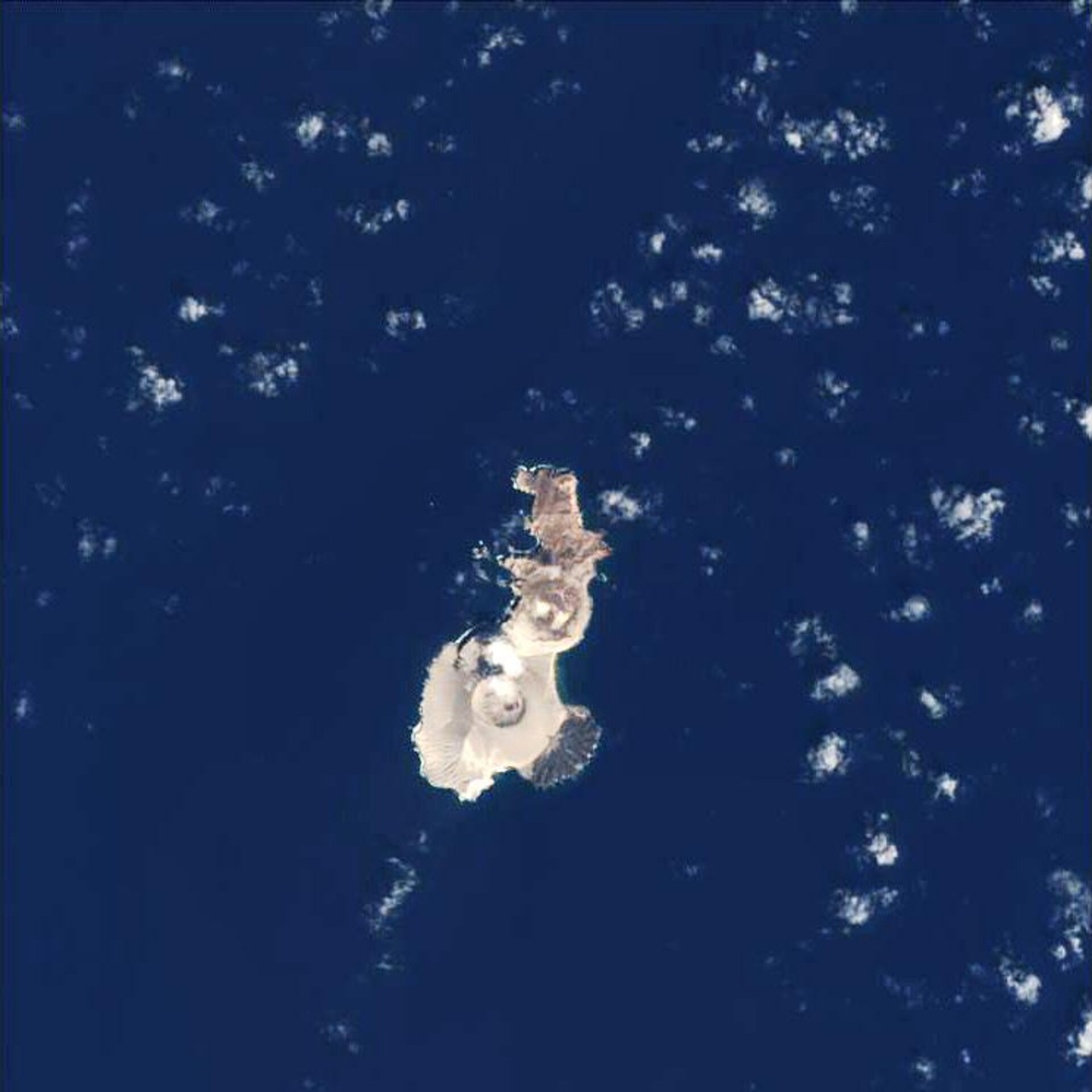 The island of San Benedicto is featured in this Proba image. San Benedicto, located 370 km south of the tip of Baja California Peninsula, is the third largest of the four volcanic islands that make up the Revillagigedo Islands, which were discovered in 1533, in the Pacific Ocean.

San Benedicto, the youngest of the four islands, is approximately 4.5 km long in a north-south direction and 2.4 km wide and contains several volcanoes that have been active during recent geologic time. The Barcena volcano, located on the southern end of the island (seen at the bottom), was formed by eruptions during 1952 and 1953.

Barcena, a-310-metres-high cinder cone, is of special interest to scientists because it is rare to have active volcanoes in the western Pacific east of Hawaii. In fact, Barcena is the first that has erupted in historical times. The eruption, which lasted less than a year, destroyed the terrestrial plant life and eliminated most of the nesting seabirds.

About ten percent of the world's population live near an active volcano. During the 1990 United Nations-sponsored International Decade for Disaster Reduction, 18 volcanoes were selected for special study, but there are at least 600 more that are or may become active.

In this context, monitoring and response initiatives are of paramount importance. Experts in volcanology have called for more volcanoes to be monitored - at present only one in five is. By using satellite imagery, it is possible to detect both the small surface movements, which may herald a volcanic eruption, and to monitor the aftermath.

ESA’s Proba satellite acquired this image on 18 February 2006 with its Compact High Resolution Imaging Spectrometer (CHRIS), designed to acquire hyperspectral images with a spatial resolution of 18 metres across an area of 14 kilometres.