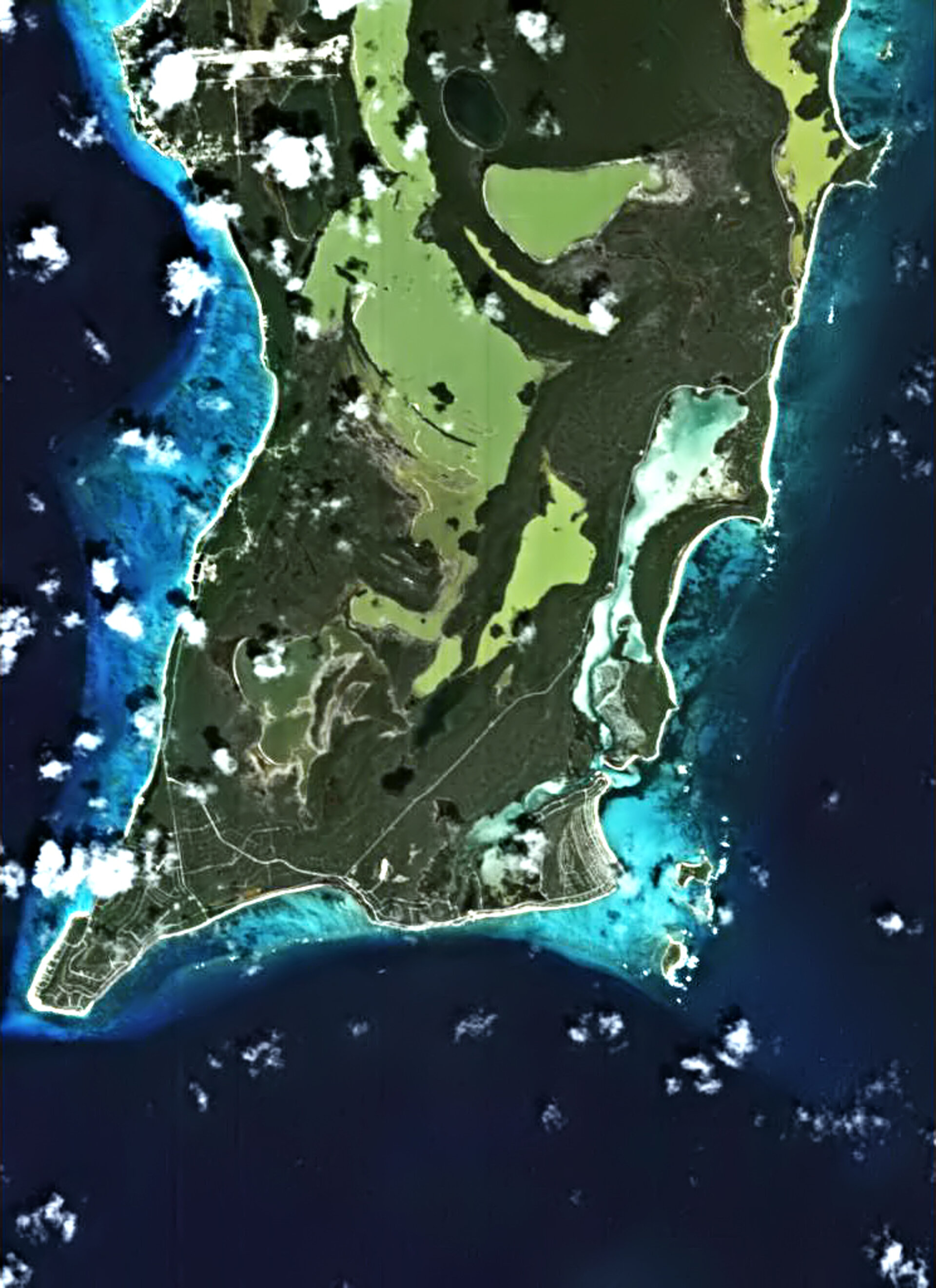 The small island of San Salvador, its southern section seen here by ESA's Proba microsatellite, is located midway down the Bahamas Archipelago. It has a special historical significance as it is nowadays identified as the first point Christopher Columbus made landfall in the New World.

San Salvador Island is located about 640 kilometres southeast of Miami, and is part of the Commonwealth of the Bahamas. Around a thousand people live here, with the capital of Cockburn Town located on the west coast towards the top left corner of the image. San Salvador's fringe of pristine beaches and reefs is surrounded by Atlantic waters more than 4000 metres deep, a combination making it popular with divers.

This pod-shaped island measures approximately 19.25 km in length and 11.2 km in width, with a surface area of 94.9 square kilometres, mostly made up of dune ridges, with the troughs between them forming salty lakes which cover almost a third of the total surface area. For this reason, San Salvador Island is sometimes called 'the Land of Lakes.'

In the image, these lakes appear light green in colour – probably due to the presence of dense microbial mats in their saline waters - with the land surface seen as dark green. The elongated water body in light blue on the east side of the island is a tidal inlet called Pigeon Creek. Offshore the light-blue waters indicate submerged reefs, see for example French Bay on the southern side and Snow Bay on the south-east corner of the island.

Up until 1925 the island was called Watling Island, named after bucanneer George Watling who used it as his base during the late 17th Century. It was changed due to its identification by historians as the place Christopher Columbus came ashore on 12 October 1492 and named 'San Salvador'. His logbook recorded it as being flat with many trees and lakes.

This image was acquired on 25 September 2005 by the Compact High Resolution Imaging Spectrometer (CHRIS). Built by UK-based Sira Technology, CHRIS is the main payload on ESA's Proba microsatellite, designed to acquire hyperspectral images with a spatial resolution of 18 metres across a swath of 14 kilometres.