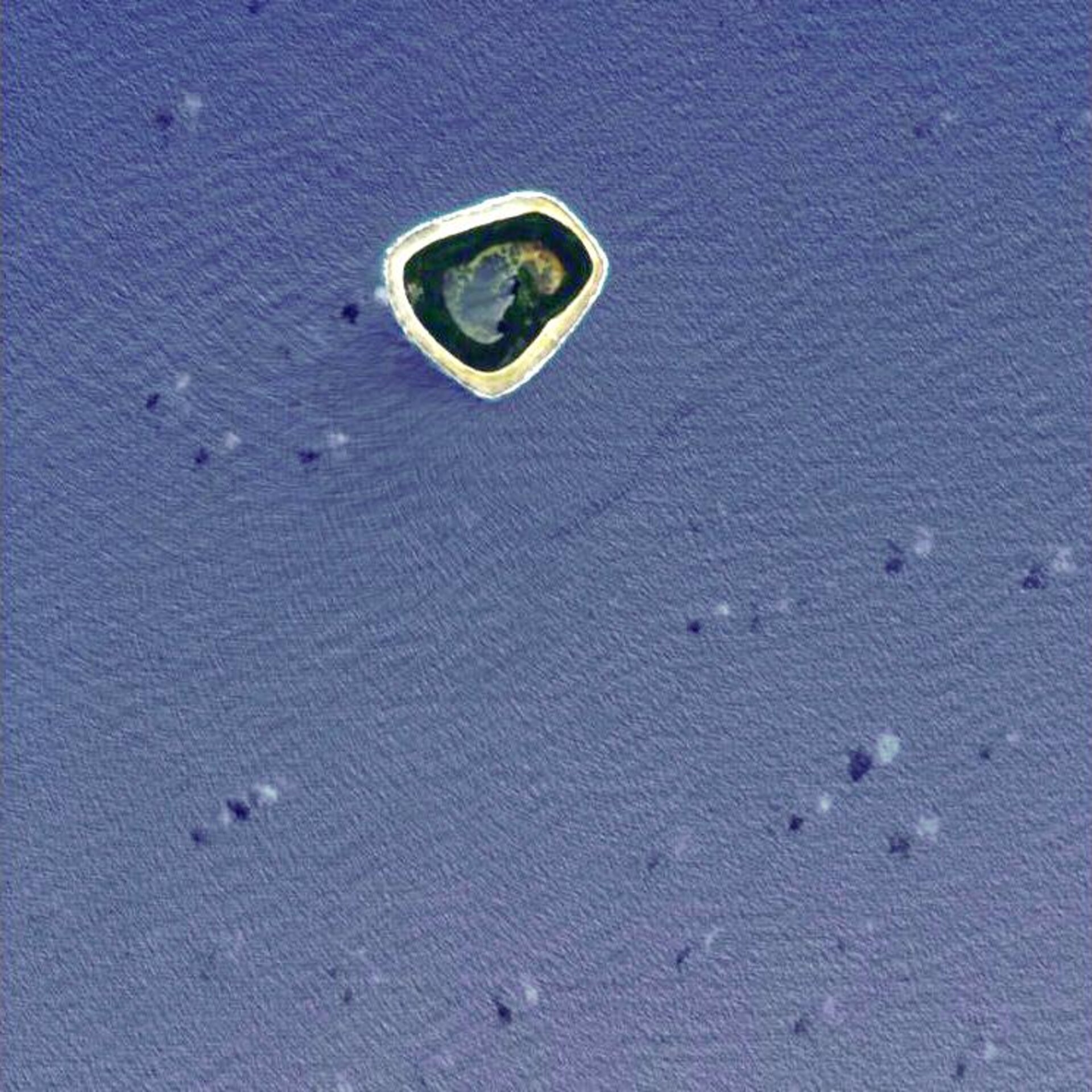 Swains Island, located in the South Pacific Ocean, is highlighted in this Proba image. This small coral atoll is comprised of an outer perimeter (approximately 13 km in circumference) of flat coral reefs and a 2.5 km² ring-shaped landmass surrounding a shallow fresh-water lagoon in the centre that is closed off from the sea.

Swains Island is the northernmost island of the U.S. Territory of American Samoa – the only U.S. territory south of the equator. American Samoa consists of five volcanic islands, Tutuila, Aunu'u, Tau, Ofu and Olosega, and two coral atolls, Rose and Swains. Swains is located 340 km northwest of Tutuila.

Along with Rose Island, Swains Island is the remnant of an ancient sunken volcano. As the volcano slowly sank, coral reefs continued to grow atop it at a similar rate, allowing a thick coral foundation to rise above the ocean surface.

The Samoa archipelago is located some 4000 km southwest of Hawaii and 2900 km northwest of New Zealand. The eastern part of the chain of islands forms the American Samoa, while the western part forms the independent state of Samoa.

Although Swains is part of U.S. territory, the same family has privately owned it for over 100 years. Eli Hutchinson Jennings Sr. said he obtained the ownership title from an explorer who had claimed rights to the island. When Swains was formally made part of American Samoa in 1925, the U.S. gave administration rights to Jennings’ children.

Jennings established a coconut plantation, and the island began producing copra (the dried meat of coconuts from which coconut oil is extracted). Although the plantation is no longer active, the island is still covered by coconut trees and all unused ground is covered with the discarded husks of coconuts, which rot and add organic matter to the soil. Today, canned tuna is the island’s primary export.

ESA’s Proba satellite acquired this image on 27 March 2006 with its Compact High Resolution Imaging Spectrometer (CHRIS), designed to acquire hyperspectral images with a spatial resolution of 17 metres across an area of 13 kilometres. Weighing just 14 kg, CHRIS is the smallest hyperspectral imager ever flown in space and can acquire up to five images at a time.