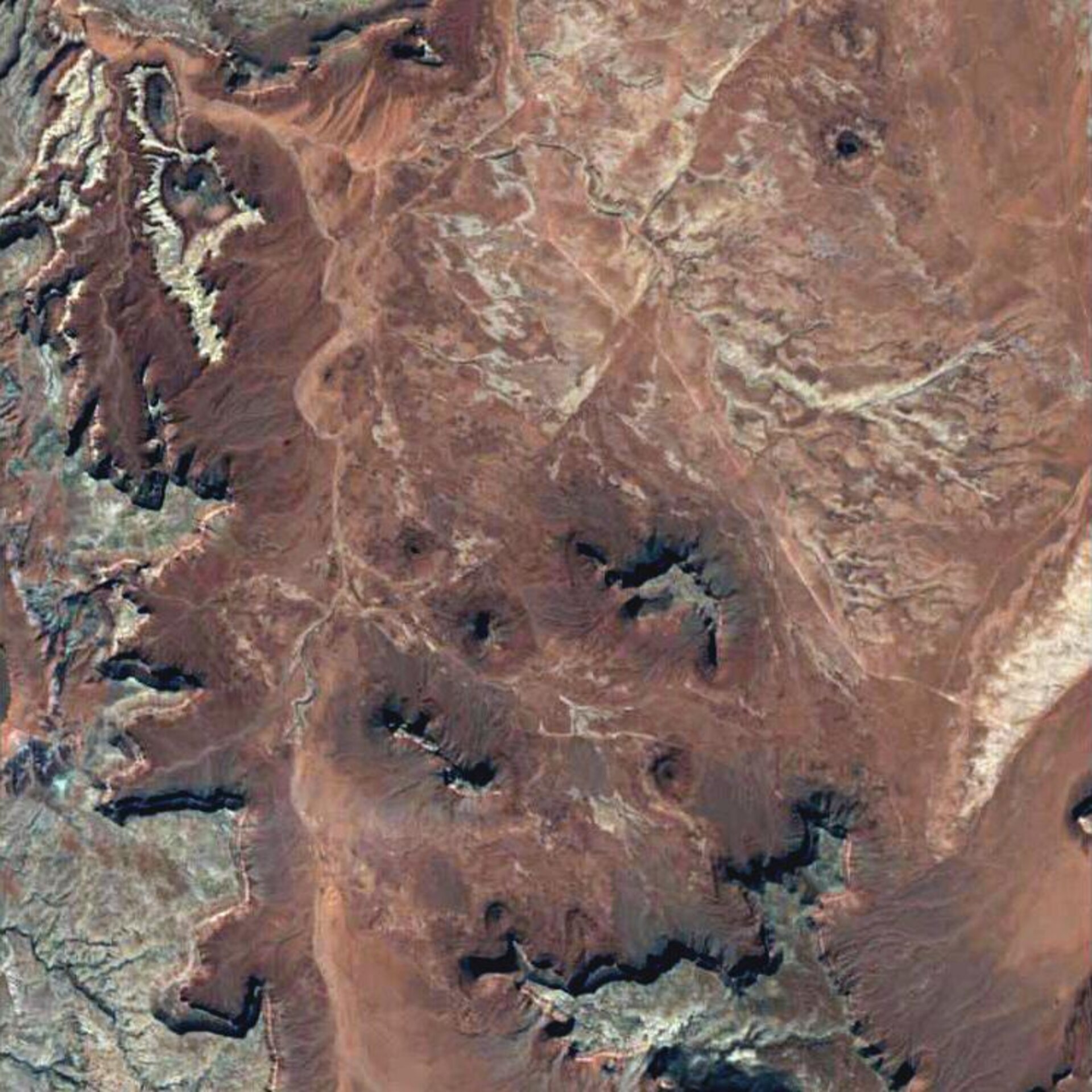 Monument Valley, an area of freestanding sandstone rock that straddles the borders of northeastern Arizona and southeastern Utah, is featured in this Proba image. Home to the most populous Navajo Indian Nation, Monument Valley is protected as a Navajo Tribal Park.

Tall, red sandstone buttes, mesas and 300-metre freestanding rock formations – the last remnants of the sandstone layers that once covered the entire region – characterise the landscape, which has served as the scenic background for more Western movies than any other site.

Monument Valley, part of the Colorado Plateau, was created as a result of ancestral Rock Mountain sediments being deposited in the area at the same time a regional geologic uplift occurred on the Colorado Plateau. The pressure of the uplift pushed the plateau upward, causing it to bulge and crack. As wind and water began eroding the area, the cracks became more wide and deep, eventually forming canyons.

Monument Valley’s most famous attractions are the Mittens, twin buttes that have long spires protruding up on one side making them resemble hands inside mittens, and the Totem Pole, a tall, slender pinnacle made of sandstone.

This image was acquired on 9 March 2006 by Proba’s main payload, CHRIS (Compact High Resolution Imaging Spectrometer). Proba was originally launched in 2001 as a technology demonstrator, but is now operated as an ESA Earth Observation Third Party Mission.