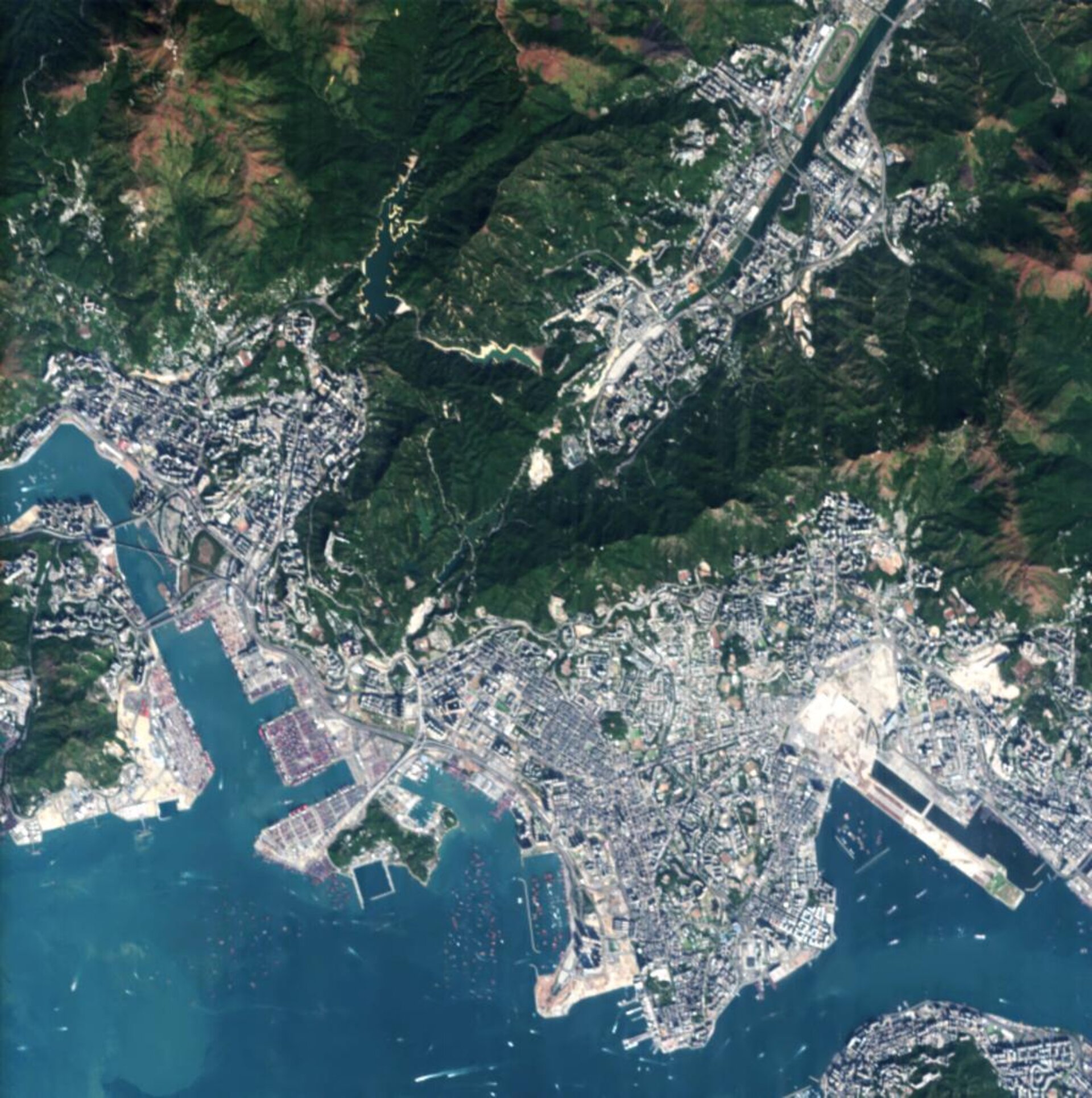 This Proba image shows Victoria Harbour in Hong Kong, which is one of the deepest natural ports in the world, and also one of the busiest. Hong Kong is ranked as the world's tenth largest trading centre.

On one side of Victoria Harbour are the crowded shores of the Kowloon Peninsula, with the North Point of Hong Kong Island visible at the bottom right corner of the image.

Port-related economic activities make up 20% of Hong Kong's Gross Domestic Product and offer – directly or indirectly – more than a fifth of all the jobs here. On the west side of Kowloon can just about be seen large collections of shipping containers.

Kowloon itself is home to more than two million people based on 2000 census numbers, with a population density of 44 000 people per square kilometre – most inhabitants living in high-rise buildings. Hong Kong's Cultural Centre and Space Museum are located on the southern-most tip of the Kowloon Peninsula, adjacent to the terminal of the famous Star Ferries which cross Victoria Harbour.

On the right side of the image, the runway of the now closed Kai Tin Airport is seen extending into the sea. For many years its presence led to building height restrictions in Kowloon, but it has now been replaced with Chek Lap Kok Airport, located to the west, which is the third busiest in Asia after Tokyo and Seoul.

Above Kowloon are the green hills of Lion Hill Country Park, adjacent to the new town of Sha Tin, built along the banks of the Shing Mun River Channel.

Ceded to the UK during the mid 19th Century, Hong Kong and its surrounding New Territories were returned to the People's Republic of China in June 1997. Hong Kong is now a Special Administrative Region with a high degree of local autonomy.

This image was acquired on 18 December 2005 - on the last day of the World Trade Organisation meeting here - by the Compact High Resolution Imaging Spectrometer (CHRIS). Built by UK-based Sira Technology, CHRIS is the main payload on ESA's Proba microsatellite, designed to acquire hyperspectral images with a spatial resolution of 18 metres across a swath of 14 kilometres.